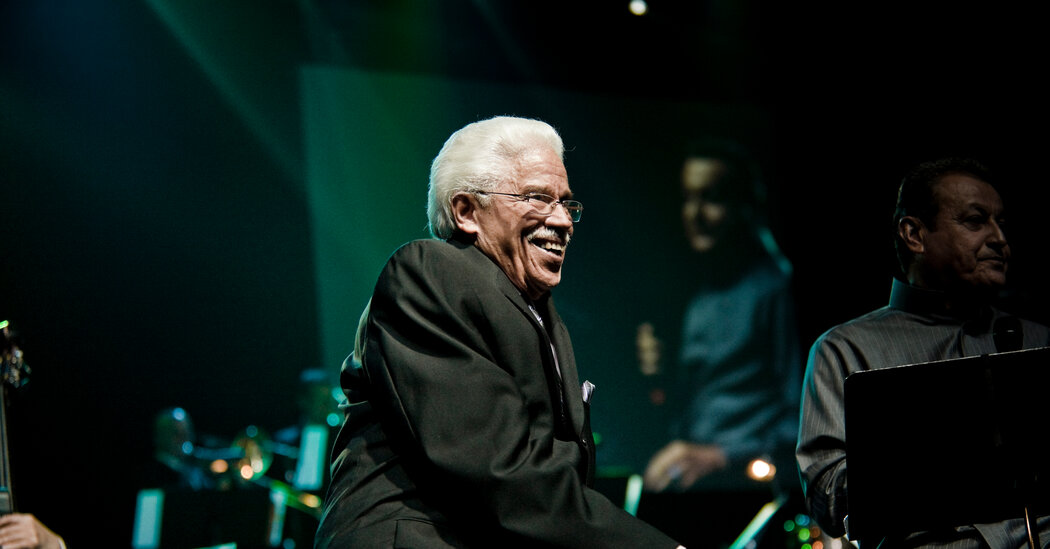 In many crucial ways, Johnny Pacheco’s life told a typical New York Latino story: He was a Dominican immigrant playing Cuban music for a mostly Puerto Rican audience. Like many self-styled New York entrepreneurs, he knew he had to hit the pavement with his product and get to know his customers face-to-face, driving around Harlem and the Bronx selling records out of the trunk of an old Mercedes-Benz.

Pacheco had been working several variations of the songenre at the Bronx nightclub Triton’s, making a name for himself, according to the scholar Juan Flores’s book “Salsa Rising,” by adding a hop and flashing a hankie while dancing onstage to a hot new style called pachanga. Dreaming of starting his own record company (and in the midst of ending a marriage), he met Jerry Masucci, an Italian-American divorce attorney with a love for the Cuban sound. The two hit it off so well they started a new record label they called Fania, which became home to salsa’s greatest talents.

Pacheco and Masucci’s experiment blew up beyond their wildest dreams. By capitalizing on the streamlining term “salsa,” which had appeared years before in Cuba and Venezuela, Fania Records conflated the Afro-Latin fad bugalú (think: “I Like It Like That”) with the remnants of Cuban sounds blunted by the radio silence of the post-Revolution embargo to create an international dance mania. Making stars out of Puerto Ricans like Willie Colón and Héctor Lavoe, the Cuban diva Celia Cruz, a Brooklyn Jew named Larry Harlow, and a Panamanian troubadour named Rubén Blades, Fania Records spread the new Latin groove from Yankee Stadium to Kinshasa, Zaire.

Here are 15 examples of how Pacheco, who died this week at 85, and his Fania cohort made music history.

From his second album, “Johnny Pacheco y su Charanga,” this is a riveting distillation of Pacheco’s early pachanga sound, featuring the full effect of a Cuban charanga-style orchestra, heavy on the flutes and violins. The relentless percussion embellishes lyrics that tell the story of a woman who scrapes the percussive güiroinstrument to the narrator’s satisfaction. If you can picture Pacheco quick stepping on the downbeat, you’re witnessing the creation of New York-style salsa dancing.

Pacheco’s collaboration with the underrecognized vocalist Pete “El Conde” Rodríguez (not to be mistaken for bugalú’s Pete Rodríguez) captures a more polished stage of his career. Propelled by the guaguancórhythm that would become salsa’s go-to template, Rodríguez’s edgy, velvety rasp recalls Afro-Puerto Rican peers like Ismael Rivera and Cheo Feliciano. Pacheco’s arrangements, creating an easy flow between piano and horns, were rapidly becoming the salsa sound.

Pacheco and Masucci’s coordination of the Fania All-Stars, an unimaginably potent group of the emerging stars of the genre, was perhaps the most single-handedly important factor in salsa’s rise. This recording, made at the Cheetah Club, which evvel hosted bugalú as well as the first production of “Hair”before its Broadway run, features lengthy jams like “Anacaona,” a tribute to a rebellious Taíno leader, with powerful vocals by Cheo Feliciano, backed by Willie Colón, Larry Harlow and Ray Barretto, among many others.

Celia Cruz was already a star with Sonora Matancera when she left Cuba in 1960, replacing the legendary La Lupe as Tito Puente’s lead singer in 1966. Her collaboration with Pacheco on “Celia and Johnny”was key to propelling her to recognition as the Queen of Salsa. Pacheco’s precision pacing and evolving wall of sound made this guaguancó a dizzying, onomatopoetic utterance of percussive instruments.

Probably salsa’s most beloved and talented vocalist, Héctor Lavoe was in many ways emblematic of the New York Puerto Rican experience. His wistful, nasal vocal style evoked that of a country uzunluk simultaneously losing himself in and partying the hell out of the big city. Written by Pacheco, the emotional power of “Mi Gente” derived from its ability to bring New York’s diverse Latino community together to celebrate a dynamic self-awareness in the middle of a grinding fiscal crisis. The studio version is great, but the “Live at Yankee Stadium” version is the classic.

Born and raised in Mott Haven’s gritty tenements in the Bronx, Willie Colón recorded his first album at age 17, inspired by a sour, mocking tone that Barry Rogers gave his trombone in his collaborations with Mon Rivera and Eddie Palmieri. Although there’s lots of bugalú here, this is stripped-down proto-salsa. Colón’s role in inventing salsa’s attitude through the “Malo” persona is evident here, the songs insisting on Spanish-speaking, Latin-dancing authenticity filtered through a gangster-style, street-fighting sense of heart.

Harlow was a singular figure in the salsa scene — he was born and raised in Brooklyn, the son of a mambo musician who couldn’t get the Cuban sound out of his head. A whiplash pianist, Harlow named himself “El Judío Maravilloso” (The Marvelous Jew) after his hero Arsenio Rodríguez, known as “El Ciego Maravilloso.” “Abran Paso,” sung by his favorite vocalist, Ismael Miranda, is at evvel an invocation of Santería mysticism and a metaphor for an emerging Latino community.

This was a Christmas album with a twist — rather than trot out the Fania All-Stars to do salsa versions of “Silent Night” and “Jingle Bells,” Willie Colón and Héctor Lavoe decided to record classic Puerto Rican aguinaldoswith a kind of Bad Santa New York feel. This album is inescapable around the holidays if you have extended Puerto Rican family, balancing reverence for tradition with an incredible sense of swing. A highlight is the first appearance of Yomo Toro, sometimes known as the Jimi Hendrix of cuatro, a rustic 10-string lute that explodes from the vinyl.

The emotional percussive core of the Fania All-Stars, Ray Barretto was a remarkably versatile conga player whose career ran the gamut from bugalú to salsa, Latin jazz, and even session work for the Rolling Stones. His mid-period excellence is crystallized in “Indestructible,” which rode unparalleled waves of frenetic dance energy. The title track describes a promise salseros make to themselves to keep getting up no matter how many times they get knocked down.

For many years the best-selling salsa album of all time, “Siembra”was the culmination of the Blades-Colón partnership. The album is an attempt to fuse a cinematic concept of New York Latino life with the idea of a classic rock concept album, and the performances are singular and immortal. As a songwriting team, the two had no competition; Blades was at the top of his vocal game, and Colón’s arrangements were never more brilliant.

Another anthemic crowd pleaser, “Plante Bandera” alludes to the growing sense of nationalism and pride that tied together salsa fans, as well as a growing awareness of Latino presence in the United States and the projection of the salsa genre itself. Chamaco Ramírez’s sometimes-overlooked plaintive style hits all the right notes, and the band’s percussive momentum, punctuated by a tenacious horn section, pushes the lyrics to their maximum effect.

The multitalented poet/troubadour/Hollywood actor shines here on his groundbreaking solo album, combining lyrical elements of Cuban nueva trova with lush Colón orchestral salsa arrangements. With songs like “Pablo Pueblo,” he defined the working-class Latino subject, disillusioned with urban misery after being promised the American dream. On “Paula C” he remembers a lost love with the skill of a Magic Realism boom novelist.

Ray and Cruz were one of salsa’s most successful internationalizing forces, spreading the promise of its sound to countries like Colombia, in particular. Evolving from their bugalú roots into a mainstream salsa machine, Ray and Cruz have a following of rabid devotees. This particular track features a break based on a Chopin étude, which is always a live crowd-pleaser.