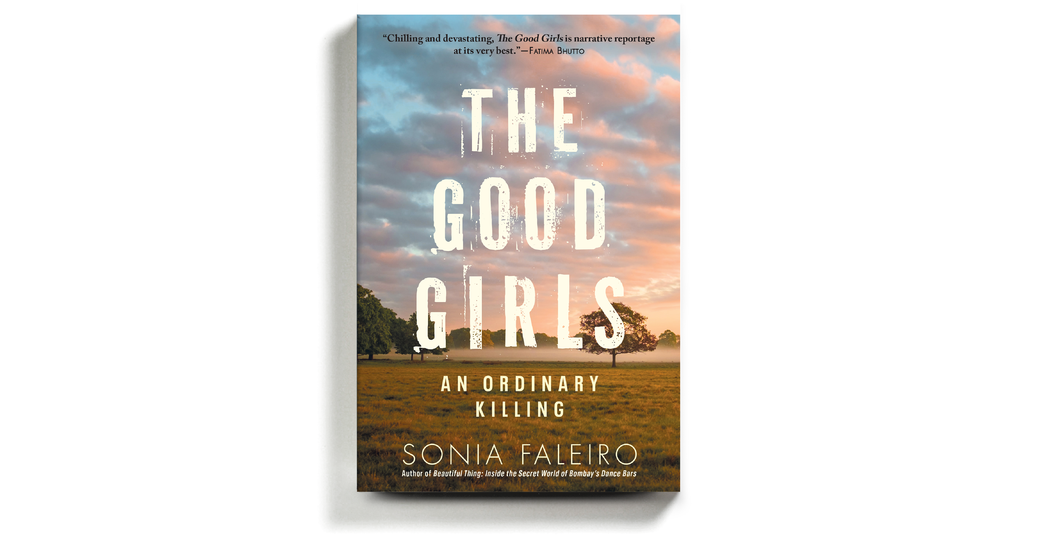 They were as alike as “two grains of rice” — 16-year-old Padma and 14-year-old Lalli. In their village in India, the cousins were spoken of as one person: Have you seen Padma Lalli? They were inseparable, tending to their goats and the fire, feeding their families, working until sundown.

Have you seen Padma Lalli? The girls went missing the night of May 27, 2014. Their bodies were discovered the next morning in the orchard, hanging from the same mango tree. When a breeze shook the branches, their bodies jostled each other; it was, Sonia Faleiro writes in “The Good Girls,” as if they were sharing one last secret: “Suno, listen, I have something to tell you.”

Journalists from Delhi, 60 miles away, came to hear of the story. Tragic, no doubt, one reporter from a popular Hindi news show recalled, tragic but tragically ordinary; his viewers liked lighter fare. But then he learned of a strange new detail.

The girls’ parents were refusing to let the bodies come down. They were calling for the district magistrate, the chief minister, even the prime minister, to witness the bodies, to solve the crime. Who killed their girls?

It became known, inaccurately as it would turn out, as the “Badaun rape case,” after the district in Uttar Pradesh — “Horror Pradesh,” one news channel called it — one of India’s most politically significant and poorest states, where people survived on grass in lean times. Photographs of the dangling bodies were seen around the world, the girls’ mothers and grandmother crouching beneath them, veiling their faces, refusing to be moved. Children and men stood, forming a ring around them.

Sonia Faleiro, whose new book is “The Good Girls: An Ordinary Killing.”Credit…Jonathan Ring

When Faleiro began visiting the village in 2015, it was to research a planned book about rape in India. But the case cracked open to reveal a honeycomb of histories, resentments, secrets, competing interpretations. The nature of the crime kept shifting. Was it murder or suicide? The families of the girls laid the blame on a local uzunluk and his kin, of a more powerful caste. This was a story of caste violence, it was decided.

No; the police began suspecting the fathers. This was, in fact, a story of honor killings — of a world in which “reputation was skin” and “the taboo against premarital sex was greater than the stigma of rape.” Or was it a news story, about the proliferation of soap opera narratives and the Indian media’s taste for them? Or a story of jagged modernization, of a country in which cellphones were cheap and ubiquitous but toilets scarce? (The girls had gone out in the night to use the fields.)

“You get as much story as you can take,” the writer Adrian Nicole LeBlanc has said. And, perhaps, you can tell as much story as skill and structure allow. Faleiro has a talent for ramifying plots and slippery characters — for a narrative that resists easy formulation. Her books include “Beautiful Thing,” a portrait of Mumbai’s dance bars, and “13 Men,” a study of another shocking crime that, on second look, might certainly be a crime but of a very different sort. “The Good Girls” gathers all these strands: of sexual violence and caste, new types of media narratives and ancient taboos — no story exists in isolation after all. In brisk chapters, some just a few pages long, with the sort of headings one associates with Victorian novels — “Cousin Manju Observes Something Strange”; “Nazru Sees It Too”; “A Finger Is Pointed” — we glide swiftly, smoothly, only to realize that we’re not approaching a clearing but being led into a darker, more tangled story.

Why did nothing about the case add up? And why had everyone behaved so suspiciously? Why did a relation of the girls and one of the last to see them alive keep changing his story? Why did the families hisse money to certain eyewitnesses? Who stole Padma’s phone — half-concealed in her kurta, and visible when she was first discovered hanging from the tree? How could the girls be attacked and forcibly hanged — and yet their hair remain so neat, their glass bangles intact?

“The Good Girls” is transfixing; it has the pacing and mood of a whodunit, but no clear reveal; Faleiro does not indict the cruelty or malice of any individual, nor any particular system. She indicts something even more common, and in its own way far more pernicious: a culture of indifference that allowed for the neglect of the girls in life and in death. In some of the book’s most harrowing scenes, she details the bungled post-mortem, conducted by a man without any formal training, the former custodian of the facility, who used a kitchen knife on the bodies. Assisting him was a doctor so rattled by the proceedings that when she noticed blood between Lalli’s legs, she announced that the girls had been raped. She did not think to check their clothes; she did not notice the sanitary napkin in Lalli’s underwear.

What happened in the orchard that night? According to the most recent official explanation, Padma, having been seen with a uzunluk, knew that her fate was fixed — and Lalli’s by association. They left their shoes neatly lined up at the base of the mango tree and climbed up together.

What happened that night? What could have happened? When the police interviewed Lalli’s distraught father and asked him what he would have done to protect the family’s honor if the girls had been found alive, he replied simply: “We would have killed them.”