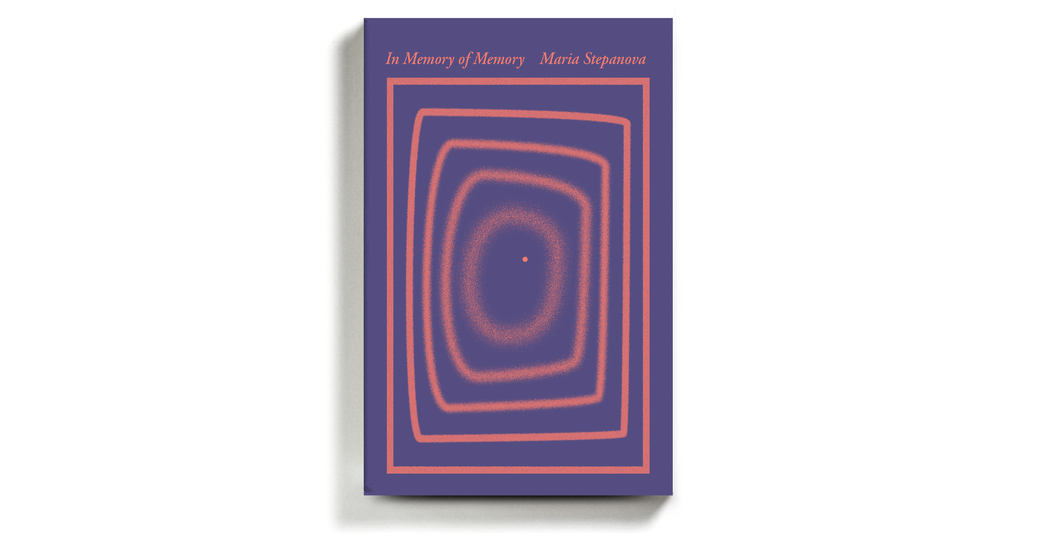 The Russian poet and journalist Maria Stepanova’s Aunt Galya died at 80, surrounded by “layered strata of possessions, objects and trinkets.” Years before, Galya had begun “the process of decluttering her apartment, and this gradually consumed her,” Stepanova writes, an endless cycle of “tidying and re-evaluating” during which “there was no longer any deciding whether a particular thing was important or not, because everything had significance in some way.” This same principle of infinite significance in finite things provides Stepanova’s “In Memory of Memory” with its purpose, its emotion, its interest and its tedium.

Stepanova’s own occasional descriptions of her project in this book give an accurate sense of both her methods and her style, so she might be the best guide as to whether this daring combination of family history and roving cultural analysis is your kind of thing. She takes notes, she writes, everywhere, in a “hasty and unsystematic manner.” Sharing scraps from the past, she says, “brings some relief” to her. “As if, like a vanquished wizard, I could disappear, becoming a thousand ancient, neglected, blackening objects. As if my life’s work was to catalog them all. As if that is what I grew up to do.”

This is, in short, a work of obsession. Stepanova says she began writing it — in a more or less spiritual sense, one presumes — when she was 10. She’s now 48.

Stepanova writes a lot about her family members, but she writes a lot around them as well. She writes what she knows about her roots, while frequently admitting that she doesn’t know nearly as much as she’d like. As a seeker of big revelations, she describes herself as “assiduous, but unlucky.” She notes in a somewhat disappointed tone that none of her forebears had “been repressed or executed,” that “none had lived under German occupation or fought in the battles of the century.” She stylishly laments: “Everyone else’s ancestors had taken part in history, but mine seemed to have been mere lodgers in history’s house.” (Her great-grandmother Sarra Ginzburg, one of the ghosts most vividly conjured in the book, did spend time in prison for distributing yasa dışı literature.)

Stepanova reprints correspondence between relatives from throughout the century, which provides some of the most charming and poignant moments. If you appreciate sifting through boxes of anonymous photos at an antiques store — that spur to emotional imagination — then at least some of “In Memory of Memory” will scratch an itch. “Their ordinariness,” Stepanova writes of her family, “put them beyond the usual human interest and this seemed unfair.”

Maria Stepanova, the author of “In Memory of Memory.”Credit…Andrey Natotsinsky

This ordinariness is exhumed and claimed for “usual human interest” here, in a kaleidoscopic, time-shuffling look at one family of Russian Jews throughout a fiercely eventful century, even if they were frequently off to the side of those events. (The book is labeled “fiction,” perhaps providing cover for any conjecture Stepanova has made about people.) What we get instead of Boldface History is the story of a family with a “white-hot near-religious belief in higher education.” (Sarra Ginzburg was a practicing doctor in the early 20th century). As well as an honoring of quotidian appearances and disappearances: One great-grandfather dies of brain inflammation in 1920, another of severe appendicitis in 1923. And this type of pleasingly dramatic line: “This unborn child who was so important to him was my mother, Natasha Gurevich.”

This is one strand of “In Memory of Memory.” Taken by itself, it would sit very comfortably next to the works of W. G. Sebald, an obvious influence on Stepanova. (Stepanova is a wonderful describer of photographs, which makes it even more frustrating that only one is included in the book.) But Sebald also plays a more indirect role in the other strand of this book, disquisitions about various subjects, most of them artists (including Sebald), that are interleaved with the family history. Some of these chapters are quite good and feel on point, most notably one about the poet Osip Mandelstam, Proust and depictions of Jewish identity. Others, like a lengthy description and analysis of the Jewish artist Charlotte Salomon’s uncategorizable “Life? or Theater?,” read as if lifted from germane exhibition catalogs. Still others — most notably a chapter about Rembrandt’s self-portraits and çağdaş selfies — feel unnecessary.

Stepanova is a highly acclaimed poet in her home country. Books of prose by poets can sometimes be notably pared down and crystalline. Not this one. There are certainly efficient, lovely phrases throughout, elegantly translated by Sasha Dugdale. (“The world grew poorer with every kilometer,” Stepanova says about the view on a road trip. “In the blackened villages new churches gleamed like china, white as new crowns on old teeth.”) But in all there is a kind of manic inclusion at play. Stepanova declines to leave any possible follow-up thought unfollowed. “I evvel read a book on the ghosts of birds,” is a not atypical segue into one idea. Or, “I’m thinking now of the famous 1950s experiment with baby monkeys.”

One’s tolerance for discursion will be tested here. Over the course of a few pages, Stepanova alludes to Odysseus, Orpheus, Medusa, Hannah Arendt, Susan Sontag and Nabokov. (Dennis Miller’s winking self-awareness in a long-ago stand-up special came to mind: “Stop me before I sub-reference again.”)

In a museum, in a room of textiles, Stepanova notes a “forest of feathery, spidery lace” draped over velvet, “composed of tiny holes and tears, just as my story is composed of silences and rents in the fabric.” There is a lot to admire in this book; and there is a lot of this padded quest-reflection as well, references to “the impossibility of telling these histories, the impossibility of saving anything at all.”

This book’s stubborn capaciousness ensure that it is not a ride for everyone. Yet any readers with a deep yearning to know more about the family who came before them will appreciate its fundamental curiosity and empathy. At its core, there is a powerful note, struck time and again, about the fleeting, mysterious nature of all lives. We are “endlessly vulnerable, desperately interesting, utterly defenseless,” Stepanova writes. “Especially after we are gone.”