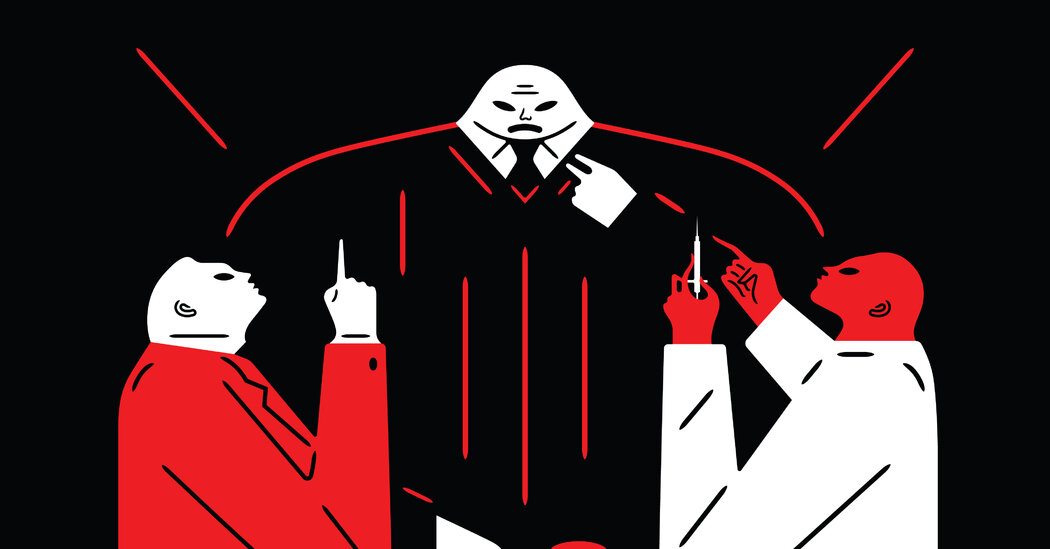 A hush fell over the federal death chamber in Terre Haute, Ind., on March 18, 2003, after the government injected lethal chemicals into the veins of Louis Jones Jr. There would be no other federal execution for the next 17 years.

It should have been the end of them. The country was changing. Vigorous public advocacy, exonerations of dozens of death row inmates and a break in the nation’s fever over crime had precipitously reduced executions throughout the country, after a peak during the height of the 1990s drug war.

Prosecutors became less likely to seek death sentences, and juries became less likely to hand them down. The number of Americans who found the death penalty acceptable slid lower and lower. American drug manufacturers didn’t want to produce the lethal chemicals, American labs didn’t want to test them, and international pharmaceutical companies largely refused to sell them — that’s why the federal government had to stop killing people.

Then former President Donald Trump showed the power one man can have over life and death even in a democracy. From the first months of the Trump administration, his Justice Department overcame corporate objections, plowed through kanunî challenges and, last July, embarked on a killing spree that led to the deaths of 13 of the 17 people the federal government has executed in the last 60 years.

President Biden has said he abhors the death penalty. He could urge his Justice Department to abandon pursuit of executions, withdraw pending notices of intent to seek capital sentences in federal cases, decline to defend government appeals in capital proceedings, and commute all 49 remaining federal death sentences to life in prison.

The barbarity of the death penalty was supposed to have been extinguished nearly a half-century ago. Reviewing a prosecutorial system that justices called arbitrary and capricious, the Supreme Court held in Furman v. Georgia in 1972 that the death penalty was unconstitutional, violating the Eighth Amendment’s bar against cruel and unusual punishment. Eager to resume killing, states studiously concocted laws to bypass these procedural objections. In 1976 they got their way: Beginning with the case of Gregg v. Georgia, the court began approving revised death penalty statutes, permitting executions to proceed.

Yet while states moved forward with executions, the federal death penalty wasn’t reinstated until 1988 — and the government carried out no executions until 2001, when Oklahoma City bomber Timothy McVeigh was put to death. Two more executions followed: Juan Raul Garza, convicted of three drug-related murders, in 2001 and Mr. Jones, convicted of murder, rape and kidnapping, in 2003.

In February 2006 a judge granted a motion by lawyers for six federal death row inmates to postpone their deaths until an investigation could determine whether the government’s method of execution, lethal injection, was excessively cruel. Federal executions stopped as the investigation stretched on. Then in 2011, the federal government announced it could no longer get the drugs required because manufacturers did not want to face public outcry.

It turned out that the pause in executions would last only until the government had the will to end it. A few months into Mr. Trump’s term, his Justice Department began taking steps to cloak the identities of pharmaceutical manufacturers and testing laboratories. With their brand names hidden — and their profits protected — those companies set about compounding and testing pentobarbital, a drug commonly used to euthanize animals. By summer of 2020, the government was ready to deploy its new stock of poison.

Lawyers for the condemned scrambled to enter last-minute appeals on behalf of their clients.

But the Supreme Court, now dominated by Trump appointees and other right-wing justices, began denying appeals and vacating stays — sometimes in the middle of the night, always without comment. They cast aside questions about inmates’ intellectual competence, their degree of involvement in the underlying crime, their youth at the time of the crime and their horrific childhood abuse.

“We felt like we’d dodged this bullet for so long,” Paul Enzinna, one of the lawyers who won the stay in 2006, told me, “but now here it comes.”

Daniel Lewis Lee, a white supremacist convicted of the 1996 slaying of a gun dealer and his family during a robbery, was the first to die — despite the vociferous objections of his victims’ relatives. The court vacated Mr. Lee’s stay of execution around 2 a.m. on July 14; Mr. Lee was declared dead by 8:07 a.m.

Wesley Purkey, who kidnapped, raped, and murdered a 16-year-old girl in 1998, was the next to die. A Federal District Court had stayed his execution because there was significant evidence that he had advanced Alzheimer’s disease. But the Supreme Court