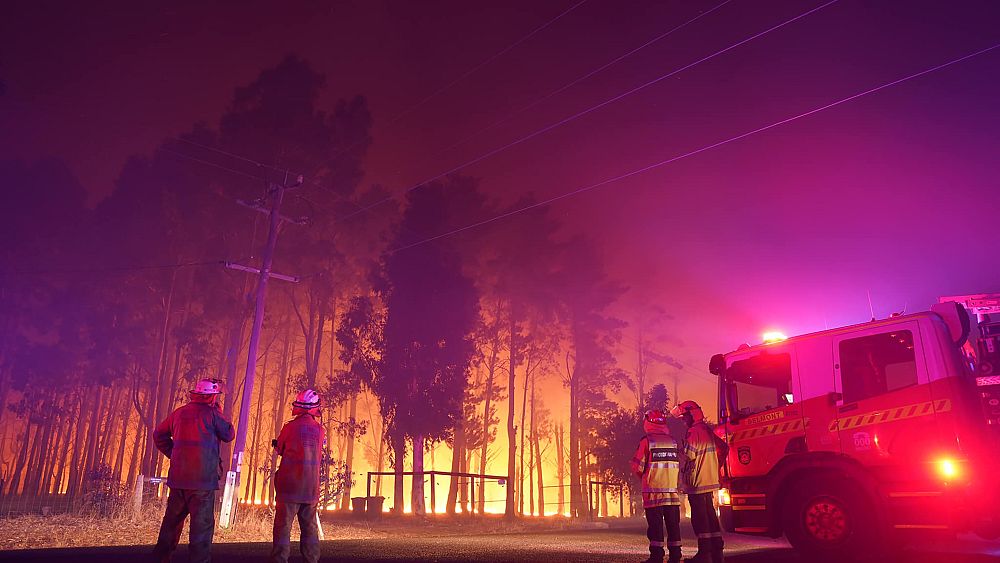 An out-of-control wildfire burning northeast of the Australian west coast city of Perth has destroyed an estimated 30 homes and was threatening more Tuesday, with many locals across the region told it was too late to leave.

The 7,000-hectare blaze, which has a 75-kilometre perimeter, began on Monday and raged through the night near the town of Wooroloo, with the shires of Mundaring, Chittering, Northam, and the city of Swan impacted.

Swan Mayor Kevin Bailey said more than 30 homes are believed to have been destroyed.

“We are just waiting for confirmation of the numbers but we’re looking somewhere in the vicinity of 30-plus homes lost,” Bailey said.

Bailey said one firefighter had been treated for smoke inhalation. There had been no other injuries.

Western Australia state’s Department of Fire and Emergency Services Deputy Commissioner Craig Waters said the fire had doubled in size overnight and burned through 7,366 hectares (18,202 acres) of farm and woodland.

“Strong winds are hampering us getting in and containing the fire and bringing it under control,” he said.

State Premier Mark McGowan said 80% of all properties near Gidgegannup on Perth’s northeast rural fringe have been lost.

Firefighters would investigate whether there had been any loss of life, he said.

McGowan said a large aerial tanker was flying from the Australian east coast to help fight the blaze.

“This is an extremely dangerous fire and a serious situation. Weather conditions are extremely volatile,” McGowan said.

“Please do everything you can to keep you and your family safe and look after each other,” he added.

People in a 25-kilometre stretch west from Wooroloo to the Walyunga National Park northeast of Perth had been told Tuesday it had become too dangerous to leave their homes.

“You must shelter before the fire arrives, as the extreme heat will kill you well before the flames reach you,” the latest warning said.

Roads out of semi-rural suburb The Vines on Perth’s northern outskirts were bumper-to-bumper with traffic, making some people choose to stay.

Melissa Stahl, 49, heeded a text telling her to evacuate.

“I could smell the fire and went out the back and the whole yard was filled with smoke,” she said. “We grabbed bedding, photos, the two kids and the dog and got out of there,” she added.

A warning to other threatened areas told people to leave if they are not prepared to fight the blaze. The bushfire is unpredictable and weather conditions are rapidly changing, the warning said, urging people to stay vigilant.

The cause of the fire is unknown.

“It has made it very hard, near on impossible … to suppress this fire,” Sutton said.

Wildfires are common during the current South Hemisphere summer. However, the season has been mild on Australia’s southeast coast which was devastated by massive fires last summer.