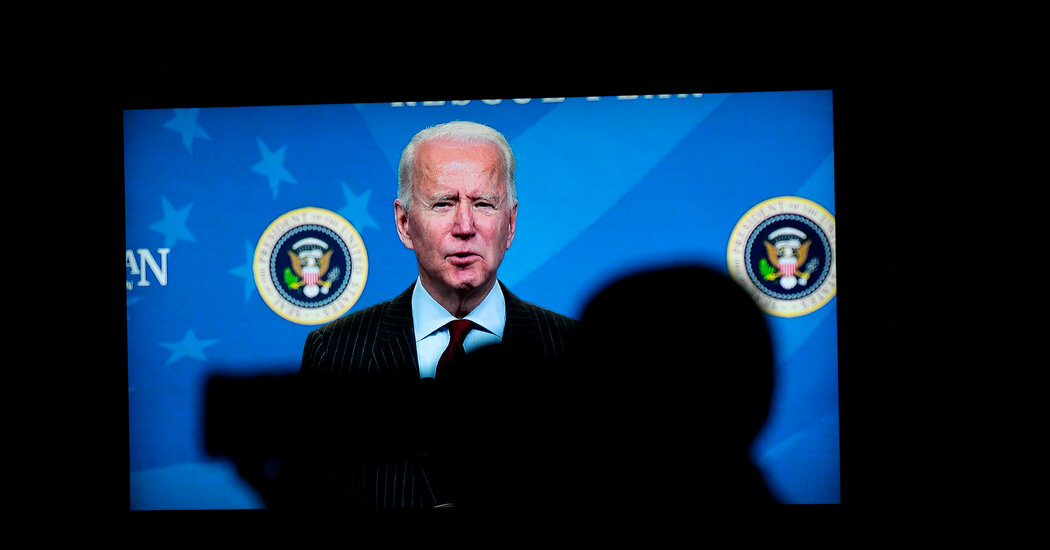 Aiming to put its own stamp on the Paycheck Protection Program, the Biden administration on Monday abruptly changed crucial program rules in ways intended to help the smallest and neediest companies, which have sometimes struggled to obtain aid from the federal relief effort.

But the changes risk throwing an already turbulent program into chaos as banks and other lenders try to accommodate the last-minute shifts. With just five weeks to go before March 31, when the latest iteration of the program is scheduled to end, lenders were left scrambling to adapt to new rules that won’t even be fully explained to them until later this month.

The changes include a new way to calculate loans for self-employed people and a 14-day exclusive window for applications from businesses with fewer than 20 employees. The adjustments are intended to increase aid to the very smallest businesses, many of which are run by women, Black people and members of other minority groups and have so far received a disproportionally small share of the relief money.

The Paycheck Protection Program was a signature effort of the Trump administration, disbursing $523 billion in forgivable loans to small businesses last year. However, the program was criticized for its haphazard rules and hasty implementation, which often meant that the most well-established and well-connected small businesses — among them law firms, political lobbyists and companies backed by private equity investors — got loans, while more vulnerable businesses struggled.

In December, Congress provided $284 billion in fresh funding to restart the program. The Small Business Administration, which manages it, began approving applications last month in the waning days of the Trump administration. So far this year, about $140 billion has been distributed to 1.9 million business.

But with a wide range of eligible businesses — from self-employed workers to 500-employee enterprises — there has been a great disparity in how they’ve faired getting loans. One-person operations, like sole proprietorships and independent contractors, have had a particularly hard time. And those that succeeded often got tiny amounts — as little as $1.

To help these businesses, the Biden administration is overhauling the way their loans are calculated. Previously, their loans were based on the profit they reported on their annual taxes. That disqualified unprofitable businesses — a restriction that did not apply to larger companies — and limited the size of the loans available to business owners who try to report as little taxable income as possible (as most businesses do).

Loans for sole proprietors will now be based instead on gross income, a figure that excludes many expenses. That will allow unprofitable businesses to qualify and allow many applicants to collect much larger loans.

But lenders don’t yet have details on how to process the change, which Small Business Administration officials said will be carried out early next month. That leaves them in a bind: Should they tell borrowers seeking loans now to pause their applications and hold out for larger loans? And what happens to those who already received loans but would now be eligible for bigger ones?

Rohit Arora, the chief executive of Biz2Credit, the program’s largest lender this year, let out a deep sigh when confronted with those questions. “We just don’t know right now,” he said.

More than 100,000 of the 140,000 loans his company has made this year have gone to sole proprietors. He’s dreading the reaction from those who have already received loans.

“Customers will be very, very upset, and all of them are going to call us about it,” Mr. Arora said..

Those customers are out of luck: The S.B.A. will not retroactively change loans that have been disbursed, and it will not let those who already got loans return them and reapply, according to an agency official familiar with the plan, who was not authorized to speak publicly.

Even those lenders who expect their customers to benefit were leery of yet another on-the-fly rule overhaul. Randell Leach, the chief executive of Beneficial State Bank in Oakland, Calif., said it was frustrating when lenders try to help borrowers understand their options, only to have them keep shifting.

“We’re going to get as much access as we can to folks, but constant changes really complicate the delivery,” he said.

Companies with fewer than 10 employees have collected 80 percent of the loans made this year, receiving a total of $42 billion in loans — about 30 percent of the money the program has distributed. More than half the funding allocated by Congress remains available.

The bigger challenge, lenders said, has been a plethora of errors preventing applications from passing through new, more stringent fraud checks imposed by the Small Business Administration. Those checks are incorrectly disqualifying some applicants and exposing mistakes that slipped through undetected last year. Both problems require time-consuming intervention.

“This two-week window will not fundamentally alter the roadblocks businesses are facing,” said Richard Hunt, the chief executive of the Consumer Bankers Association. “It is like giving everyone a train ticket on an unfinished railroad.”

There were three other notable changes. Those with recent felony convictions not tied to fraud will now be able to apply, as will those who are delinquent or in default on federal student loan debt. The agency also updated its guidance to clarify that business owners who are not United States citizens but who are lawful residents are eligible for loans.

Biden administration officials cast the changes as a response to long-running disparities in the types of companies that have applied for and received loans — and a specific response to complaints by groups representing Black, Hispanic and other business owners of color.

The officials said the two-week pause would focus government officials, lenders and other stakeholders exclusively on reaching out to the sorts of companies that do not have relationships with banks or Washington lobbyists and who may not be aware of the ability to apply for the loans. One senior administration official, who was not authorized to speak for Mr. Biden on the subject, said the goal of the pause was to make everyone focus on these types of businesses.

The White House remains confident that the program will have a significant amount of money remaining for other loans evvel the two-week period ends. Mr. Biden and his team have not called on Congress to push back the March 31 deadline.

Small business advocacy groups generally praised the changes. Shaundell Newsome, a co-chair of Small Business for America’s Future, called them “a win for America’s smallest businesses and those owned by people of color, far too many of whom were left behind by ill-conceived rules that favored larger businesses.”

Daniel Betancourt, the chief executive of Community First Fund in Lancaster, Pa., which is working on loans for about 300 companies, most of them minority-owned, was also enthusiastic.But Mr. Betancourt would like to see the March 31 deadline pushed back at least 60 days.

For sole proprietors like Elisha Trice who have been bedeviled by delays, the formula change is a silver lining to a painful process.

Mr. Trice, an independent contractor in Florida who makes computer games, got a $2,000 loan last year and applied last month for a second loan. His application has been stalled for weeks, and now he can put it on hold until the new formula takes effect.

Mr. Trice, who lost his job at the start of the pandemic and is relying on his freelance work to support himself and his daughter, said the change could mean his next loan is more than $7,000.

“The fact I’ll be able to get more this time around is amazing,” he said.