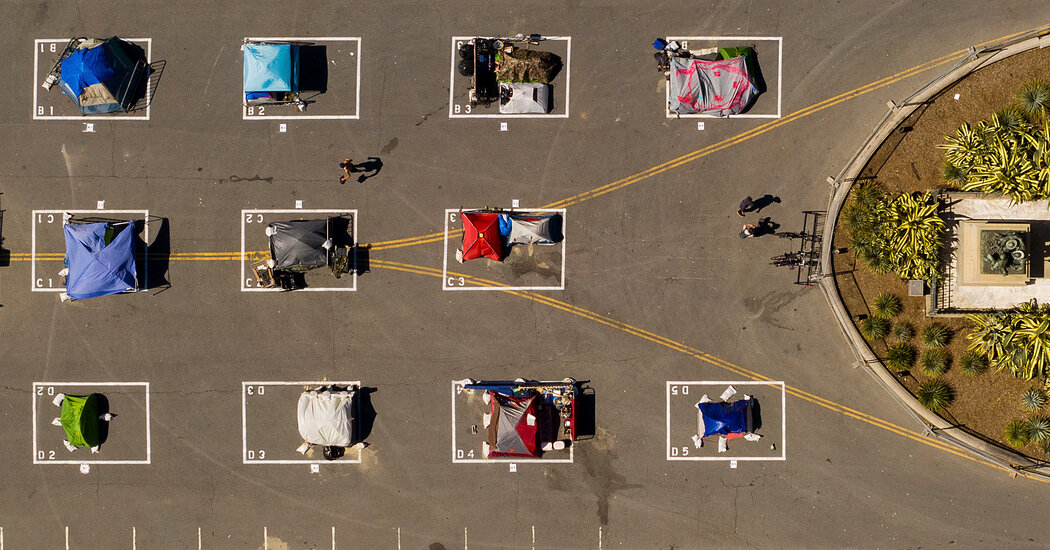 You may have heard that San Francisco’s Board of Education voted 6 to 1 to rename 44 schools, stripping ancient racists of their laurels, but also Abraham Lincoln and Senator Dianne Feinstein. The history upon which these decisions were made was dodgy, and the results occasionally bizarre. Paul Revere, for instance, was canceled for participating in a raid on Indigenous Americans that was actually a raid on a British fort.

In olağan times, bemusement would be the right response to a story like this. Cities should have idiosyncratic, out-there politics. You need to earn your “Keep X weird” bumper stickers. And for all the Fox News hosts who’ve collapsed onto their fainting couches, America isn’t suffering from a national shortage of schools named for Abraham Lincoln.

But San Francisco’s public schools remain closed, no matter the name on the front. “What I cannot understand is why the School Board is advancing a plan to have all these schools renamed by April, when there isn’t a plan to have our kids back in the classroom by then,” Mayor London Breed said in a statement. I do not want to dismiss the fears of teachers (or parents), many living in crowded homes, who fear returning to classrooms during a pandemic. But the strongest evidence we have suggests school openings do not pose major risks when proper precautions are followed, but their continued closure does terrible harm to students, with the worst consequences falling on the neediest children. And that’s where this goes from wacky local news story to a reflection of a deeper sorun.

San Francisco is about 48 percent white, but that falls to 15 percent for children enrolled in its public schools. For all the city’s vaunted progressivism, it has some of the highest private school enrollment numbers in the country — and many of those private schools have remained open. It looks, finally, like a deal with the teachers’ union is near that could bring kids back to the classroom, contingent on coronavirus cases continuing to fall citywide, but much damage has been done. This is why the school renamings were so galling to so many in San Francisco, including the mayor. It felt like an attack on symbols was being prioritized over the policies needed to narrow racial inequality.

I should say, before going further, that I love California. I was born and raised in Orange County. I was educated in the state’s public schools and graduated from the University of California system, the greatest public university system in the world. I moved back a few years ago, in part because I love California’s quirks and diversity and genius. It’s a remarkable place where tomorrow’s problems and tomorrow’s solutions vie with each other for primacy. California drives the technologies, culture and ideas that shape the entire world. But for that very reason, our failures of governance worry me.

California has the highest poverty rate in the nation, when you factor in housing costs, and vies for the top spot in income inequality, too. There are bright spots in recent years — electric grid modernization, a deeply progressive plan to tax the wealthy to fund poor school districts, a prison population at a 30-year low — but there’s a reason 130,000 more people leave than enter each year. California is dominated by Democrats, but many of the people Democrats claim to deva about most can’t afford to live there.

The median price for a home in California is more than $700,000. As Bloomberg reported in 2019, the state has four of the nation’s five most expensive housing markets and a quarter of the nation’s homeless residents. The root of the crisis is simple: It’s very, very hard to build homes in California. When he ran for governor in 2018, Gavin Newsom promised the construction of 3.5 million housing units by 2025. Newsom won, but California has built fewer than 100,000 homes each year since. In Los Angeles, Mayor Eric Garcetti persuaded Angelenos to pass a new sales tax to address the city’s homelessness crisis, but the program has fallen far behind schedule, in part because homeowners fought the placing of shelters in their communities.

Some of this reflects the difficulty of wielding power in a state where authority is often fractured and decentralized. But that does not explain all of it. Watching SB50, State Senator Scott Wiener’s ambitious bill to allow dense construction near mass transit, fail has become an annual political ritual. Last year, Toni Atkins, the Democratic State Senate leader, sponsored a modest bill to allow duplexes on single-family lots. It passed the Senate, and then passed the Assembly in slightly amended form, and then died because it was sent back to the Senate with only three minutes left in the legislative session. All this in a state racked by a history — and a present — of housing racism.

This is a crisis that reveals California’s conservatism — not the political conservatism that privatizes Medicare, but the temperamental conservatism that stands athwart change and yells “Stop!” In much of San Francisco, you can’t walk 20 feet without seeing a multicolored sign declaring that Black lives matter, kindness is everything and no human being is yasa dışı. Those signs sit in yards zoned for single families, in communities that organize against efforts to add the new homes that would bring those values closer to reality. Poorer families — disproportionately nonwhite and immigrant — are pushed into long commutes, overcrowded housing and homelessness. Those inequalities have turned deadly during the pandemic.

“If you’re living eight or 10 people to a home, it’s hard to protect yourself from the virus,” Senator Wiener told me. “Yet what we see at times is people with a Bernie Sanders sign and a ‘Black Lives Matter’ sign in their window, but they’re opposing an affordable housing project or an apartment complex down the street.”

Evvel you start looking for this pattern, you see it everywhere. California talks a big game on climate change, but even with billions of dollars in federal funding, it couldn’t build high-speed rail between Los Angeles and San Francisco. The project was choked by pricey consultants, private land negotiations, endless environmental reviews, county governments suing the state government. It has been shrunk to a line connecting the midsize cities of Bakersfield and Merced, and even that is horribly over budget and behind schedule.

Smaller projects are also herculean lifts: to get years of environmental review. It’s become common in the state to see legislation like the California Environmental Quality Act wielded against projects that would curb sprawl. Groups with no record of green advocacy use it to force onerous environmental analyses that have been used to block everything from bike lanes to affordable housing developments to homeless shelters.

The vaccine rollout in California was marred by overly complex eligibility criteria that slowed the pace of vaccinations terribly in the early days. Those regulations were written with good intentions, as California politicians worried over how to balance speed and equity. The result, however, wasn’t fairness, but sluggishness, and California lagged behind the rest of the nation for the first weeks of the effort. Eventually, the state reversed course and simplified eligibility.

Some conservative outcomes are intended; California’s voters blocked the 2020 ballot initiative restoring affirmative action on purpose. But some reflect old processes and laws that interest groups or existing communities have perverted for their own ends. The California Environmental Quality Act wasn’t passed to stop mass transit — a fact California finally acknowledged when it recently passed legislation carving out exemptions. The profusion of councils and public hearings that let NIMBYs block new homes are a legacy of a progressivism that wanted to stop big developers from slicing communities up with highways, not help wealthy homeowners fight affordable apartments. California wants to be the future, but its governing institutions are stuck in the past. Its structures of decision making too often privilege incumbents who like things the way they are over those who need them to change.

Writing this piece, I found myself thinking about Ibram X. Kendi’s book “How to Be an Antiracist.” Kendi’s central argument is that it is policy outcomes, not personal intent, that matter. “Racist policies are defined as any policy that leads to racial inequity,” he told me when I interviewed him in 2019. “And so, for me, racial language in the policy doesn’t matter, intent of the policymaker doesn’t matter, even the consciousness of the policymaker, that it’s going lead to inequity, doesn’t matter. It’s all about the fundamental outcome.”

There is a danger — not just in California, but everywhere — that politics becomes an aesthetic rather than a program. It’s a danger on the right, where Donald Trump modeled a presidency that cared more about retweets than bills. But it’s also a danger on the left, where the symbols of progressivism are often preferred to the sacrifices and risks those ideals demand. California, as the biggest state in the nation, and one where Democrats hold total control of the government, carries a special burden. If progressivism cannot work here, why should the country believe it can work anywhere else?

I hope California keeps being weird. But it needs to do better.