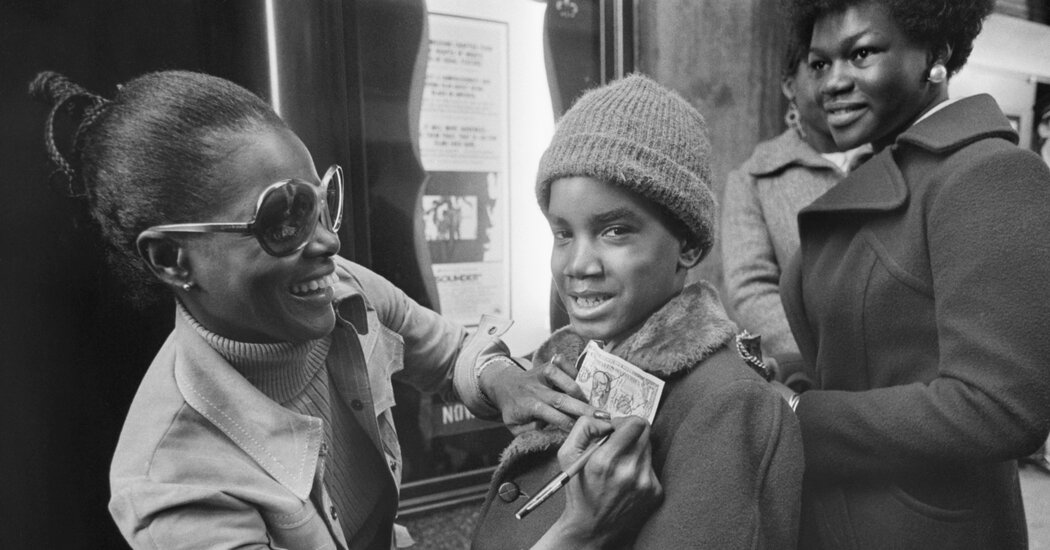 In her autobiography, “Just as I Am,” Cicely Tyson recalled arriving in the place she would consider home for the rest of her life.

It was the spring of 1927, and Ms. Tyson was a toddler when her family moved to East Harlem. “My earliest memory is a street address,” she wrote. “The memory is of arriving home and seeing the address on the building.”

During Ms. Tyson’s seven-decade acting career, she taught the world about the dignity and beauty of Black women. She defied both Hollywood and the blaxploitation filmmakers by refusing to take roles that demeaned Black women. She confronted beauty standards that omitted those that did not resemble white women by embracing her natural hair onscreen. She supported the advancement of Black people in the arts without fanfare.

And even with all of her accomplishments, she remained loyal to Harlem, even in death.

She died on Jan. 28, at 96. Surrounded by purple orchids, pale blue hydrangeas and lilac colored roses, Ms. Tyson lay at rest in the sanctuary of the Abyssinian Baptist Church in Harlem on Monday. She was a member of the congregation there for three decades.

Quietly lining up outside under the very early morning sky were her fans. They wanted to see Ms. Tyson one last time, and as usual, she was there.

Throughout her career and life Ms. Tyson returned to Harlem again and again. In 1968, after the assassination of the Rev. Dr. Martin Luther King Jr., she helped found the Dance Theater of Harlem with her friend and fellow trailblazer Arthur Mitchell. Initially, the theater was supposed to be a school for Black dancers, but many of them could not find work performing, so the dance company was born.

“They believed that they were creating what Dr. King called the beloved community,” Robert Garland, the current director of the theater’s school, said in an interview. “It’s not like she was just a bored person that just came to meetings, she helped create a place where the dream of the civil rights movement could come alive. That’s exactly what she did outside of her own work as a performer and an actress.” 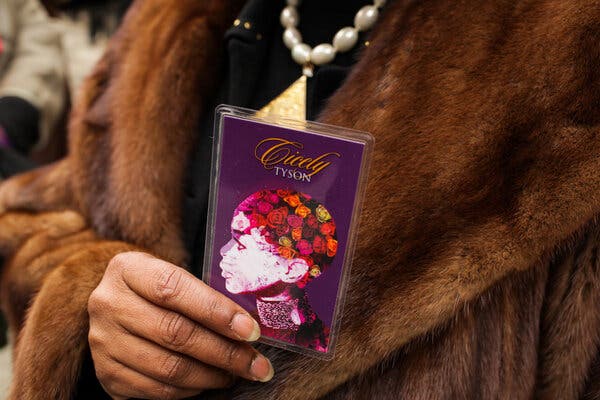 Ms. Tyson did not simply build a community for dancers and artists in Harlem; she was part of the community. She often met with friends like Percy E. Sutton, the long-serving Manhattan borough president; Mayor David N. Dinkins, New York City’s first Black mayor; Toni Morrison, James Baldwin, Maya Angelou, Nat King Cole, Harry Belafonte and the remaining corps d’élite of Harlem, who have all since died, except for Mr. Belafonte, who turns 94 next month.

She was known to sit at Sylvia’s, a Harlem fixture for politicians trying to ingratiate themselves with the Black community, with Ms. Morrison and the chef, Alexander Smalls. She attended many events held at the Apollo and ate at Wells Restaurant, formerly on Adam Clayton Powell Boulevard, another Harlem restaurant that brought chicken and waffles to New York.

She also frequented Harlem jazz clubs like Smalls’ Paradise, which used to be on 135th Street in the 1970s and 1980s, particularly during her courtship and marriage to Miles Davis.

“I thought it was so fabulous because most musicians when they had wives, in the 1950s, ’60s and ’70s, wouldn’t bring them, but he would bring her,” Bishop Donal Yarbrough, 86, said as she recalled seeing Ms. Tyson at Smalls’. “She always looked glamorous. I felt like, If I can’t be like her I want to have some of her likeness and kindness.”

There was one place where you could almost always find Ms. Tyson: at any dinner party or event hosted by Alexander Smalls. The pair met at Bill Clinton’s first inauguration in 1993, where their friend Kathleen Battle, an opera singer, sang the spiritual hymn “Over My Head.”

“Kathleen sat at my left, and Cicely sat at my right,” Mr. Smalls, who won a James Beard award for American cooking in 2019, said in an interview. “By the time the brunch was over, Cicely and I were holding hands.”

That was the beginning of three decades of friendship.

“We bonded over laughter and food — she loved food! Oh, the woman could eat!” Mr. Smalls exclaimed. “Every bite of anything she took was like the first bite, every bite was a gift and that was a huge lesson she imparted to me.”

Mr. Smalls hosted dinners at his Harlem apartment and would invite people he referred to as “the Harlem mafia,” who would arrive in waves.

“I set the table for these people,” Mr. Smalls said. “It was just an adventure.”

While the pair made indelible memories as they roamed Harlem, from M&G’s Soul Food Diner, on 125th Street and Morningside Avenue, which closed in 2008, to Wells Chicken and Waffles, it was Ms. Tyson’s friendship that meant the most to Mr. Smalls.

“She was a very supportive friend,” he said. “She was timeless and her mind was so beautiful. She was also very practical, very spiritual and just anchored.”

But long before Ms. Tyson was brunching with the Harlem mafia, she enjoyed Harlem’s warm, maternal embrace.

Ms. Tyson would sneak out of the family’s East Harlem apartment when her mother was at work. She would shuffle to the 103rd Street stop for the elevated train and ride it to the last stop in the Bronx, she wrote in her book.

When she was even younger, in the 1930s, her mother, Fredericka Tyson, would take her sister, Emily, and Cicely to an outdoor market that started on 111th Street and Park Avenue and ended at 116th Street. She referred to it as the West Indian meeting spot.

“The hub pranced to its feet on Saturdays with women in vividly colored head wraps,” she writes in her autobiography.

As she grew older, and Harlem bore a renaissance that was thwarted by the Great Depression, she could feel the tides of a changing world around her.

“The city pulsated with revival, and as a child, I could feel the fervor,” Ms. Tyson said. “Exuberance danced its way up and down 125th Street.”

Eventually, so did she.