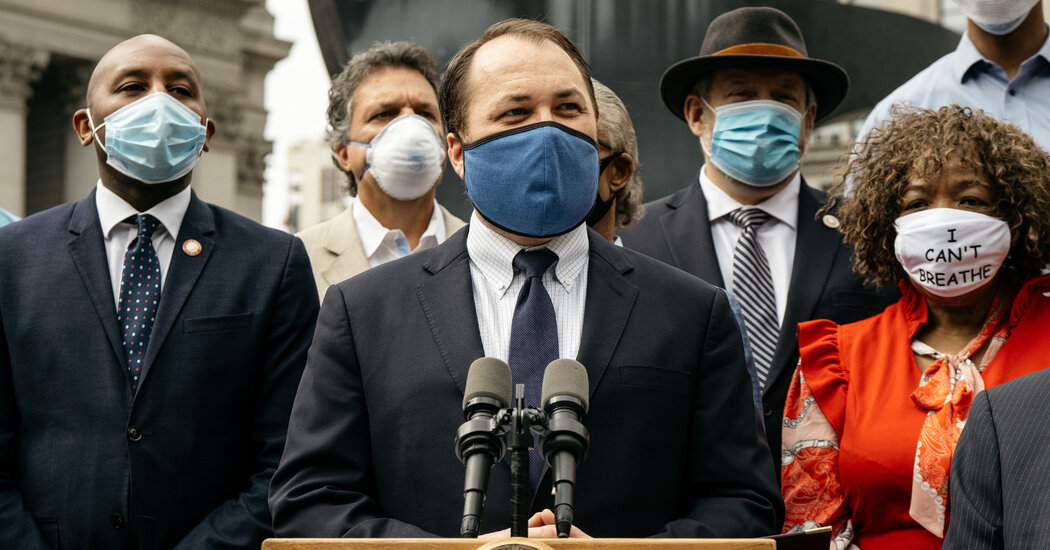 Five months after dropping out of the race for mayor of New York City to focus on his mental health, Corey Johnson, the City Council speaker, said on Tuesday that he was considering a late entry into the city comptroller’s race.

Mr. Johnson said that he had been approached by several elected officials and City Council members who said he should consider running to be the city’s fiscal watchdog, and that his desire to contribute to the city’s recovery spurred his interest. Scott M. Stringer, the current city comptroller, is a leading candidate in the race for mayor, leaving the position open.

“I wouldn’t be considering this if I didn’t feel good about where I am personally and the work I’ve done over the last six months in focusing on myself and my own well-being,” Mr. Johnson said in an interview.

Mr. Johnson had been one of the leading Democratic candidates in the mayor’s race, but he announced in September that he was dropping out because he said that dealing with his depression, handling his job as the leader of the City Council, and running for office would be too difficult.

Mr. Johnson said he would make a final decision on the comptroller’s race in the next two weeks, before petitioning is set to start.

If he joins the race, he will be able to use the money he raised in his campaign for mayor. He would also likely qualify to receive matching funds from the city, pending an audit. Mr. Johnson currently has about $580,000 in his campaign account, according to the city’s campaign finance board.

New York City is facing a deep financial crisis as a result of the pandemic, and Mayor Bill de Blasio has said the city might have to make major budget cuts if it does not receive significant federal funding. The mayor recently announced that property tax revenues could decline by $2.5 billion next year, driven by a drop in the value of empty office buildings and hotels.

“I haven’t made a final decision yet — I have to continue to talk to my family, but I am considering it because I love this city,” Mr. Johnson said. “I think the next comptroller needs to be someone who will ensure that our recovery is one where we are making mühlet that all the money we’re spending is spent appropriately, and I feel like I’ve done that as speaker.”

The field of candidates running for comptroller has expanded in recent weeks. As recently as a month ago, it was essentially a four-person contest between Brad Lander, a Brooklyn city councilman; Brian A. Benjamin, a state senator; David Weprin, a state assemblyman; and Kevin Parker, a state senator.

Then Zach Iscol, a military veteran, dropped out of the mayor’s race and joined the race for comptroller last month. Michelle Caruso-Cabrera, a former anchorwoman for CNBC, also joined the race.