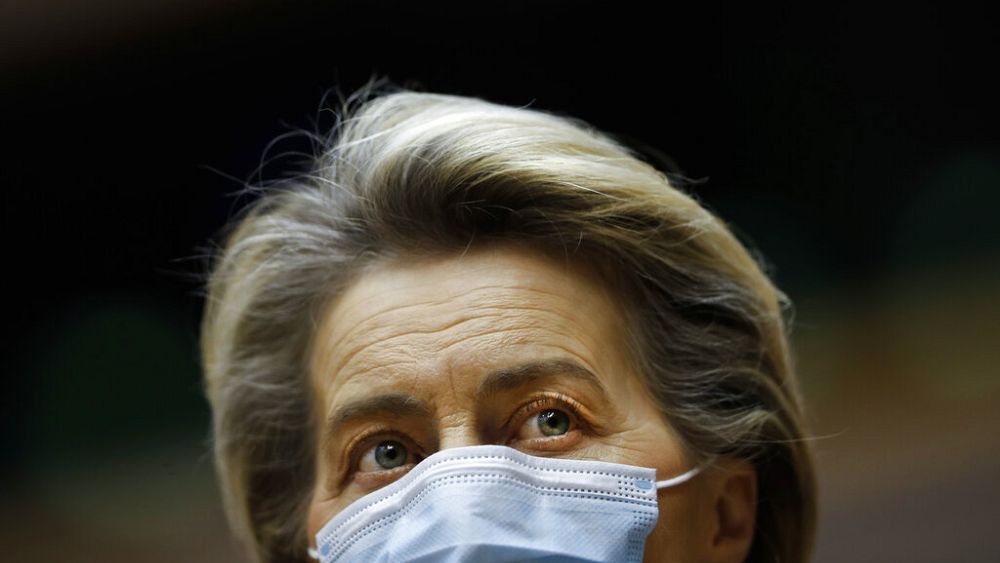 The EU will have access to around 400 million COVID-19 vaccine doses by the end of June, Ursula von der Leyen has told MEPs.

That means if no other jabs are approved in the meantime, there will only be enough vaccines to inoculate fewer than half of the EU’s 447 million population. Vaccines so far approved in the EU currently require two jabs for full protection.

The European Commission president, who has come in for criticism over the EU’s slow rollout, told MEPs there would be around 100m jabs made available in the first quarter of this year, followed by 300m in the following three months.

She told them the figure of expected doses was “not enough” and warned of a “bumpy road” ahead.

“We will have in the first quarter, around about 100 million doses that have been delivered; it’s 18m in January; 33m in February, and 55m in March,” she said. “This is not enough but we are aiming at 300 at least in the second quarter.

“And I know that there are a lot of difficulties now; it’s a bumpy road, it is difficult and there are a lot of problems to solve. On a daily basis, we have the challenge to overcome these problems but I really thank you for the support because I’m deeply convinced that when we look back one day, perhaps at the end of this year, we will see it was the right process and it was overall a good process.”