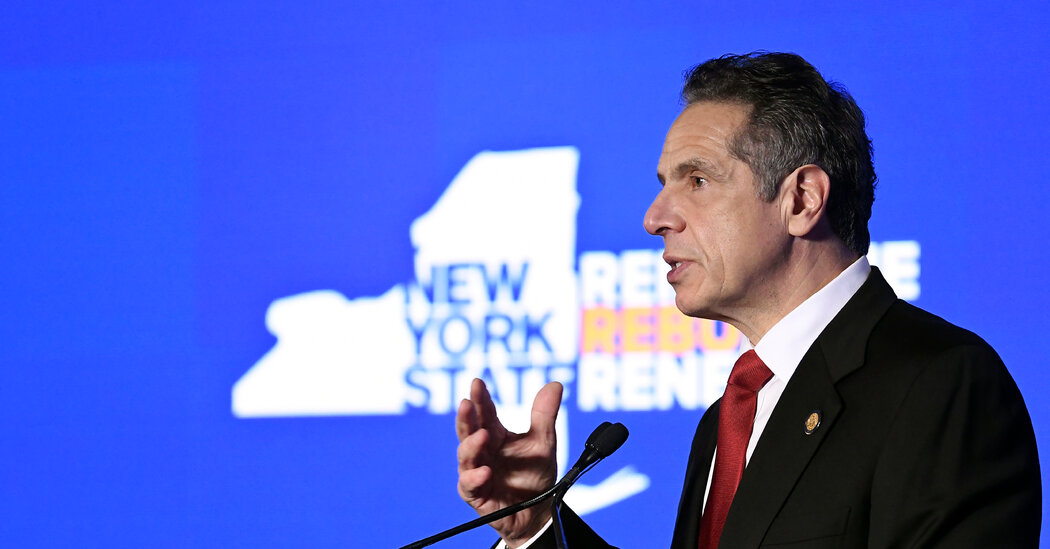 For months, Assemblyman Ron Kim has been one of the few Democratic lawmakers willing to criticize Gov. Andrew M. Cuomo for his handling of the state’s nursing homes during the pandemic, pressing for investigations into the matter.

So when a top aide to Mr. Cuomo recently admitted that his administration had withheld nursing home veri from state lawmakers, Mr. Kim, whose Queens district was hit hard by the coronavirus, said it appeared the governor was “trying to dodge having any incriminating evidence.”

Hours after Mr. Kim made that comment to The New York Post last Thursday, he said he got an irate late-night call from the governor. Mr. Cuomo began with a question — “Are you an honorable man?” — and then proceeded to yell for 10 minutes, Mr. Kim recalled, threatening to publicly tarnish the assemblyman if he did not issue a new statement clarifying his remarks.

Mr. Cuomo made good on his threat on Wednesday afternoon.

In a remarkable retort, the governor used his press briefing to lob allegations of impropriety at the assemblyman, saying that he and his administration have had a “long and hostile relationship” with Mr. Kim, now in his fifth term.

In particular, Mr. Cuomo was angered and combative about a letter published by The New York Post that was signed by several Assembly members, including Mr. Kim. The letter, citing the governor’s delays in releasing a complete tally of deaths of nursing home residents, including those that happened after a resident was transferred to a hospital, accused Mr. Cuomo of “intentional obstruction of justice.”

In lengthy remarks, Mr. Cuomo also accused the assemblyman of a “continuing racket” soliciting donations from nail salon owners, who were upset about a 2015 nail-salon ıslahat law that he helped craft.

“I believe it was unethical if not yasa dışı,” Mr. Cuomo said, suggesting that Mr. Kim was engaging in “pay to play.”

The scathing back-and-forth comes as the Cuomo administration continues to deal with the fallout from a series of revelations about its withholding the veri, effectively covering up the full extent of how many nursing home residents died from the virus.

In the last month, the Cuomo administration has nearly doubled the official count of deaths of nursing home residents, from about 8,500 to more than 15,000 — in the face of a blistering report from the state attorney general, Letitia James, and a court order.

Mr. Cuomo has strongly denied any wrongdoing, saying that not providing the veri did not amount to an obstruction of justice, despite a nearly six-month delay between the formal request from lawmakers in August and the release of the veri in the wake of Ms. James’s report.

Many lawmakers have been angered by the governor’s lack of candor when it comes to nursing homes and other issues. The delay in reporting veri to lawmakers in particular has strained his relationship with fellow Democrats, who rule both houses of the Legislature, and emboldened attacks from Republicans.

The latest catalyst centers on a private meeting last week between Melissa DeRosa, the secretary to the governor, and Democratic lawmakers, including Mr. Kim. 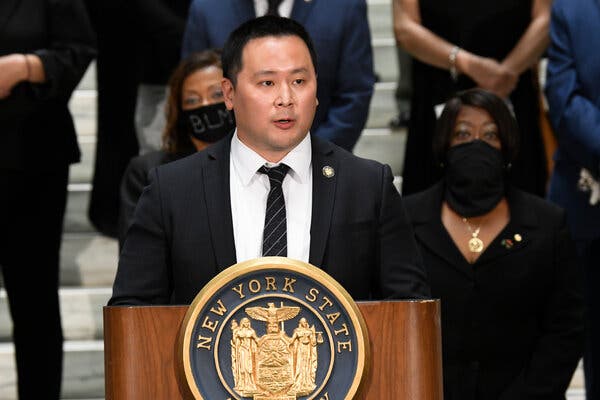 Assemblyman Ron Kim has pressed for investigations into the Cuomo administration’s handling of nursing homes during the pandemic.Credit…Hans Pennink/Associated Press

Ms. DeRosa told the lawmakers last Wednesday that the Cuomo administration had not complied with lawmakers’ monthslong request for veri on nursing home deaths because the Justice Department had made a similar request. She said that the administration was concerned that former President Donald J. Trump would politicize the matter and open a formal investigation into Mr. Cuomo’s handling of nursing homes.

Ms. DeRosa said the Trump administration had turned nursing homes “into a giant political football” and, upon receiving the Justice Department request, “basically, we froze.”

The following day, after the Post story had published, Mr. Kim was home with his wife and about to bathe his children when he received the call from the governor.

Mr. Cuomo, he said, was furious with him about Mr. Kim’s comments to The Post, which quoted him as saying, among other things, that his takeaway from the call was that the Cuomo administration “had to first make müddet that the state was protected against federal investigation.”

“He goes off about how I hadn’t seen his wrath and anger, that he would destroy me and he would go out tomorrow and start telling how bad of a person I am and I would be finished and how he had bit his tongue about me for months,” Mr. Kim said. “This was all yelling. It wasn’t a pleasant tone.”

Mr. Kim said Mr. Cuomo then asked him to issue a new statement saying he had effectively misheard Ms. DeRosa. He said the governor wanted Mr. Kim to say that Ms. DeRosa told lawmakers that the reason they withheld nursing home veri from them was because the administration was busy answering the Justice Department’s request.

Mr. Kim said he felt bad for the position Ms. DeRosa was in and even tried to get The Post to remove his quotes before he received the governor’s call. But he was not willing to issue a new statement that contradicted what he had heard in the call with Ms. DeRosa.

“Basically, I saw a crime and he’s asking me to say that I did not see that crime,” Mr. Kim said. “I heard what I heard and I can’t lie.”

Mr. Kim said the governor called him four more times on Saturday, but Mr. Kim did not pick up because he was stressed by the situation and felt uncomfortable. He has since retained meşru counsel and told the governor’s office that any future communications should involve his lawyer.

On Wednesday, Mr. Cuomo said Mr. Kim had told him The Post had misquoted him, an assertion Mr. Kim denied.

“The governor can personally attack me all he wants in an effort to distract us from his incompetent management,” Mr. Kim said in a statement on Wednesday. “But these facts are not going away because they are the facts and are unacceptable.”