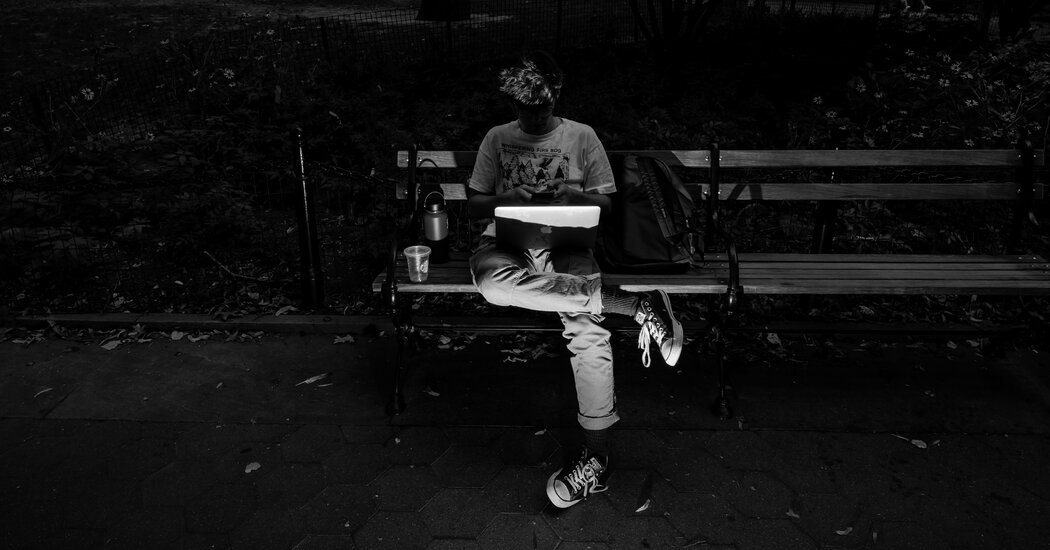 A decade ago, the consensus was that the digital revolution would give effective voice to millions of previously unheard citizens. Now, in the aftermath of the Trump presidency, the consensus has shifted to anxiety that online behemoths like Twitter, Google, YouTube, Instagram and Facebook have created a crisis of knowledge — confounding what is true and what is untrue — eroding the foundations of democracy.

These worries have intensified in response to the violence of Jan. 6, and the widespread acceptance among Republican voters of the conspicuously false claim that Democrats stole the election.

Nathaniel Persily, a law professor at Stanford, summarized the dilemma in his 2019 report, “The internet’s Challenge to Democracy: Framing the Sorun and Assessing Reforms,” pointing out that in a matter of just a few years

Since then, Persily continued:

Writing separately in an email, Persily argued that

Margaret Roberts, a political scientist at the University of California-San Diego, puts it differently. “The difficult part about social media is that the freedom of information online can be weaponized to undermine democracy.”

The debate over the political impact of the internet and social media raises the question: Do the putatively neutral instruments of social media function for both good and evil or are they inherently divisive?

Lisa Argyle, a political scientist at Brigham Young University, stressed additional aspects of the question in an email: “When talking about social media and politics,” she writes, “it is really important to think about who is engaged in the conversation and who is not.”

There are, she points out,

Yochai Benkler, a law professor at Harvard, contends in an email that “it’s a mistake to conceive of technology as an external force with a known definitive effect on social relations.”

Digital media has distinctive characteristics that “can work both to improve participation and democratic governance and to undermine it,” Benkler adds.

“It was citizens’ görüntü journalism capturing the evidence and broadcasting it on social media, coupled with the mass protests,” he notes, “that changed the public conversation about police shootings of Black Americans. And it was also social media that enabled the organization and mobilization of Unite the Right in Charlottesville.”

Ultimately, according to Benkler,

Along parallel lines, Yannis Theocharis, a professor of digital governance at the Technical University of Munich, makes the point that

There is an ongoing argument about whether the promotion of divisiveness and polarization is built into the marketing structure of social media.

Jack Balkin, a law professor at Yale, writes in an email:

Trump, in Balkin’s view, “showed how to use social media for demagogic ends to harm democracy.”

Robert Frank, professor emeritus of economics at Cornell, is a leading proponent of the argument that the current business model of Facebook and other social media is a significant contributor to political and social dysfunction.

Writing on these pages, Frank argued on Feb. 14 that the economic incentives of “companies in digital markets differ so sharply from those of other businesses.”

Frank notes that the algorithms digital companies use to

The profit motive in digital media, Frank contends, drives policies that result in “the spread of misinformation, hate speech and conspiracy theories.”

Eric B. Schnurer, president of Public Works LLC, a policy consulting firm, is similarly critical of the digital business model, writing in an email:

There were early warnings of the dangers posed by new digital technologies.

Shoshana Zuboff, professor emeritus at Harvard Business School, pursued a line of inquiry as far back as 1981 with “The Psychological and Organizational Implications of Computer Mediated Work” that led to the broad conclusions she drew in her 2016 paper, “Big other: surveillance capitalism and the prospects of an information civilization.”

From a different vantage point, Christopher Bail, a professor of sociology at Duke and director of the university’s Polarization Lab, writes in his forthcoming book “Breaking the Social Media Prism” that a key constituency is made up of those who “feel marginalized, lonely, or disempowered in their off-line lives.”

One of the striking findings of the research conducted at Bail’s Polarization Lab is that contrary to expectations, increased exposure to the views of your ideological opponents does not result in more open-mindedness.

Bail emailed me to point out that “we surveyed 1,220 Republicans and Democrats” and

Bail also offered an analysis of this phenomenon:

In his book Bail put it this way, “People do not carefully review new information about politics when they are exposed to opposing views on social media and adapt their views accordingly.” Instead, he observes, “they experience stepping outside their echo chamber as an attack upon their identity.”

In his email, Persily listed some of those havens:

Joshua Tucker, a political scientist at N.Y.U., pointed out by email that

The arrival of social media, he argues, “drastically reduces these costs and allows such individuals to more easily find each other to organize and collaborate.”

In addition, according to Tucker,

Tucker, like a number of other scholars of social media, stresses that

The internet, according to Tucker,

Bryan Ford, a professor of computer and communication sciences at the Swiss Federal Institute of Technology in Lausanne, has become a technopessimist.

If the pessimists are right, what can be done to reverse the anti-democratic forces that find expression on the internet and its offspring, the social media?

There is no consensus on this question except that effective ıslahat will be difficult in this country for a variety of reasons, including First Amendment restrictions on regulating speech and political and ideological opposition to government-mandated changes to private sector business models.

Persily points out that not only has election interference

Asked what the long-range prospects are, Persily said there was no definitive answer. He worries “that the lack of trust in the democratic process, that festered over the last four years and exploded on Jan. 6, will have a severe and long-lasting impact.”

In other words, while designing systems to detect fraudulent postings “only gets harder and harder,” Ford writes, it gets

Perhaps more significant, would-be reformers face an increasingly powerful array of digital firms that are certain to oppose any regulation that interferes with their exceptional profit margins.

The Bureau of Economic Affairs estimated that from 2006 to 2016, the digital economy grew at an average annual rate of 5.6 percent, more than three times the 1.5 percent average annual rate of growth for the overall U.S. economy. By 2017, the bureau estimated, the digital economy accounted for 6.9 percent of the U.S. gross domestic product, or $1.35 trillion.

And despite all the chatter, there is no significant public pressure to alter the practices of the digital industry. Insofar as these companies have transformed American politics, for a majority of the population it has been a slow, almost invisible process that has provoked little or no outcry. In a sense, this chain of events has resulted in the climate in which Donald Trump’s extraordinary false claims elicited no protest in half the country. Quite the opposite, in fact.

As long as truth can be disguised — and as citizens lose the ability to distinguish truth from falsehood — democracy will continue to weaken, ultimately becoming something altogether different from what we are accustomed to. And all of this is happening while most of us continue to be unaware of the transformation that has taken place during our lifetime, functionally oblivious to the “epistemic crisis,” both as a contributor to the sorun and as an accelerant.