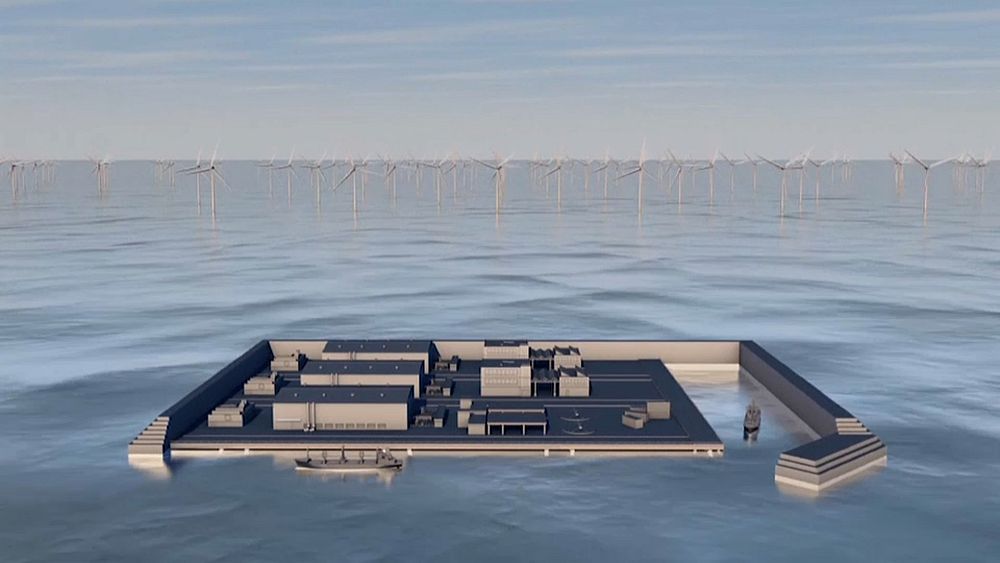 Denmark has agreed to build an island in the North Sea that would gather and distribute electricity from wind power farms.

Authorities say the artificial island will be the size of 18 football pitches, will produce and store enough green energy to cover the electricity needs of 3 million European households. It will also provide clean power for use in shipping, aviation, industry and heavy transport.

The €28 billion construction project is the biggest of its kind in Danish history. The government will hold a 51% stake in the island, with the remainder held by the private sector.

“It’s a gigantic project,” said Professor Jacob Østergaard, who heads the centre for electric power and energy at the Technical University of Denmark. “It is and will be a cornerstone in the green transition and the reduction of Danish CO2 emissions.”

Denmark has set itself the ambitious target of slashing carbon emissions by 70% by 2030 compared to 1990 levels. It aims to reach carbon neutrality by 2050.

The green energy island is also a big deal for the rest of Europe, Østergaard said. It will be built about 80 kilometres off the country’s west coast and will connect to several European countries. It’s expected to be up and running by 2033.

“In the North Sea, we have tremendous potential for offshore wind, 180 gigawatts in total. That means we can actually shut down all European coal-fired power plants,” and tap this green energy instead, he explained.

“It’s a Danish initiative, or at least we have taken the first step. But this is, at least with time, going to be an international effort.”

Hear more from Prof Østergaard in the video player, above.