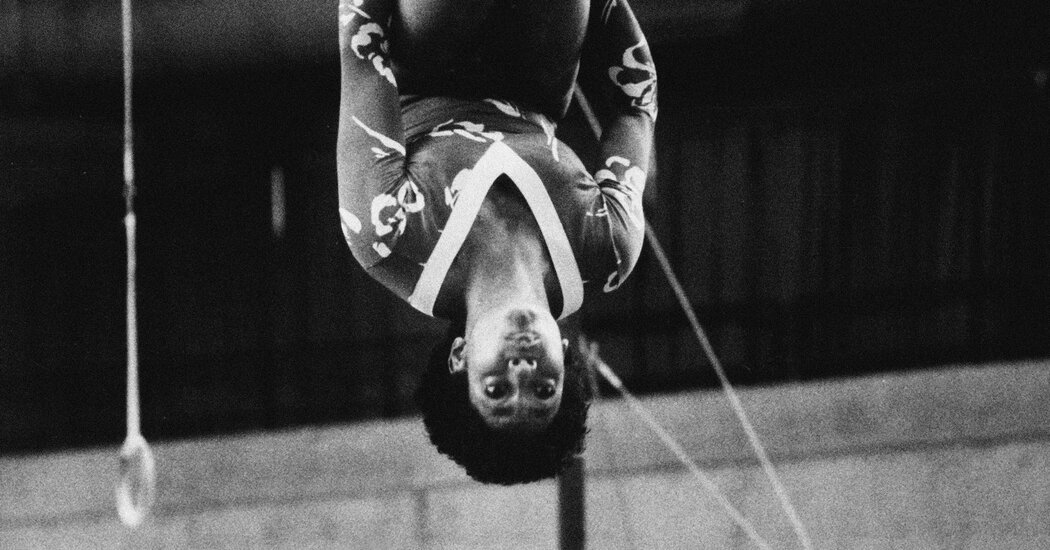 Dianne Durham, the first Black woman to win the U.S.A. Gymnastics national championship, who was later denied a shot at the Olympics by an ill-timed injury, died on Feb. 4 in Chicago. She was 52.

Her sister, Alice Durham Woods, confirmed the death, at Swedish Hospital on the North Side, attributing it to an unspecified “brief illness.”

After winning the junior national champion in 1981 and 1982, Durham was considered among the best female vaulters in the world when she entered the 1983 senior championship.

She was known for rocketing her tiny frame — 4-foot-7 and 100 pounds at 15 years old — high into the air off a vaulting horse. Commentators also extolled her grace, as showcased by her balletic floor exercise in the 1983 championship.

On the uneven bars during that competition, she knocked her left foot against a bar, prompting a CBS Sports reporter to ask her whether the injury would hamper her in the events to come. “I’ll be having too much fun,” she answered.

As she went on to flip and spin her way to a dominant victory, a sportscaster announced, “It is Dianne Durham day.”

Durham became the top-ranked female gymnast in the country and a front-runner for the 1984 Los Angeles Summer Olympics. Ebony magazine ran a glowing profile of her a few months after her win, noting that she had “a chance at not only becoming the first Black woman to make the Olympics gymnastic team, but the first Black to win a gold medal in the sport that has been dominated by Whites since it became an Olympic sport in 1896.”

“Comaneci is history,” the magazine said about the Romanian Nadia Comaneci, then the sport’s most famous athlete and a former pupil of Durham’s coach, Bela Karolyi. “It’s Dianne Durham’s turn for the spotlight.”

That dream crashed when, after a series of other injuries, Durham landed awkwardly during her vault in the 1984 Olympic trials and severely sprained an ankle. She still managed a score of 9.1 in the event, good enough to keep her in the running for the Olympics, but she was struggling to walk and withdrew from the rest of the competition.

The Washington Post calculated that she was .24 points shy of the final spot on the Olympic team. Durham said later that if the stakes had been clear to her, she would not have withdrawn from the trials and instead pushed through the pain. She added that the selection committee’s decision not to include her was never fully explained to her.

“This is a pretty big injustice to not have Durham on the Olympic team,” Karolyi told The Post. “The team needs her, the country needs her.”

A training partner of Durham’s, Mary Lou Retton, went on that year to become the first American to win an Olympic gold medal in gymnastics and a “folk heroine,” as The Times wrote in 1984.

But a profile of Durham on the ESPN website last year showed that many in gymnastics thought she had made her own lasting mark on the sport by proving that young Black women could reach its pinnacle.

“The young Black gymnasts could look up to her,” Luci Collins, a Black gymnast a generation older, told ESPN. “They could see her and relate.”

In a speech she gave while being inducted into a U.S. gymnastics regional hall of fame in 2017, Durham said her 1983 victory had “showcased to the entire country that a little Black girl from Gary, Indiana, could be the best gymnast in the country.” 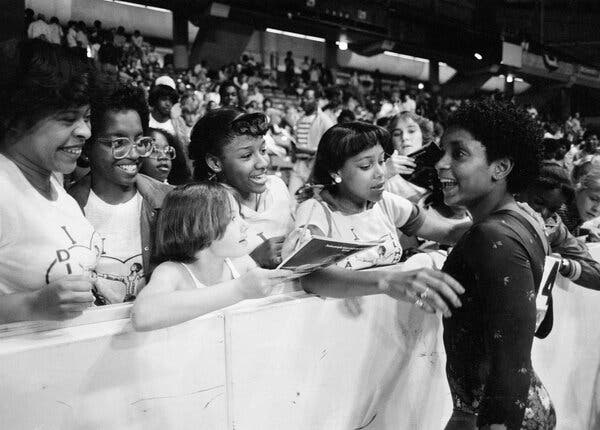 Durham signing autographs after winning the women’s title at the McDonald’s U.S.A. Gymnastic Championships at the University of Illinois in 1983. Credit…Lisa Genesen/Associated Press

Dianne took up gymnastics at age 3 and before long started winning competitions. After claiming the 1981 junior championship at 13, she moved to Houston to train with Karolyi. Her mother soon quit her job and moved there as well.

Durham retired from competition soon after the 1984 Olympic trials. In the early 1990s she was the assistant women’s gymnastics coach at the University of Illinois at Chicago. She found work doing choreographed gymnastic and dance routines and appeared in the closing ceremony of the 1992 Summer Olympics in Barcelona, Spain. She also performed at a theme park in Osaka, Japan.

From 1996 to 2013, Durham ran her own gym, Skyline Gymnastics, on Chicago’s North Side. Some gymnasts she had trained won state and regional competitions. She also served as a judge at gymnastics events, including the national championship.

She married Tom Drahozal, a school administrator and a girls’ basketball coach, in 1994. In addition to her sister, her husband and father survive her.

Reflecting on her 1983 championship victory in her hall of fame speech, Durham gave much credit to her family and friends. Relatives had chipped in to help hisse for her training in Houston as a young teenager. For the competition in Chicago, buses drove in from Gary carrying hundreds of supporters, members of Trinity Missionary Baptist Church, where a great-grandfather of Durham’s was one of the earliest deacons in the 1920s.

At the meet, they held up a banner that read “We Love Dianne” and wore T-shirts with her name inscribed around a heart.

“That support helped give me the extra edge I needed to win,” she said.