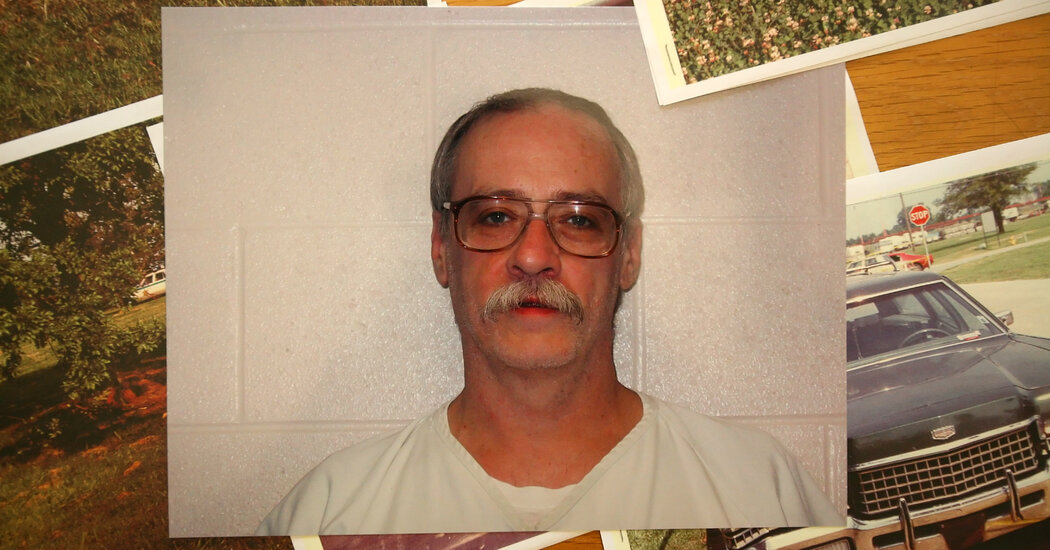 Many people on death row in the United States have gone to their death protesting their innocence. In at least a dozen and a half cases, strong evidence supports such a claim, according to the Death Penalty Information Center. But to date, no case has emerged in which DNA or other evidence has provided definitive proof that the state executed an innocent person.

A case like that “could accelerate the end of the death penalty in America,” said Barry Scheck, a founder of the Innocence Project. Mr. Scheck teamed up last week with a prominent conservative litigator, Paul Clement, a former solicitor general for President George W. Bush, before the Tennessee Appeals Court on behalf of the estate of a Tennessee man, Sedley Alley, who was executed for a 1985 murder.

At the time of the killing, DNA testing was not yet part of criminal investigations. After the technology became widespread, a state appellate court refused Mr. Alley’s requests for testing of clothing and other items found at the crime scene. In 2011, the Tennessee Supreme Court rejected some of the lower court’s reasoning in the Alley case. But the ruling came too late for Mr. Alley. He was executed in 2006.

Will DNA testing that could prove Mr. Alley innocent be allowed? That’s what this case is about. On a night in July 1985, Suzanne Collins, a 19-year-old lance corporal in the Marine Corps, went running at about 10:30 p.m. outside the naval base where she lived in Shelby County, Tenn. Her body was found the next morning, naked and brutalized. Clothing that investigators presumed was worn by her assailant was nearby, including a pair of red men’s underwear.

Navy investigators pursued a lead from two Marines who reported crossing paths with Lance Corporal Collins while she was running. They said that moments after they saw her, they dodged a brown station wagon with a blue license plate, which swerved as it came from her direction. After midnight, law enforcement officers stopped Sedley Alley, then 29. He was driving a dark green station wagon with a blue plate. He lived on the base with his wife, who was in the Navy. Mr. Alley had been discharged from the military years earlier for drug and alcohol abuse.

When the investigators began interrogating him, Mr. Alley, who had been drinking, denied knowing anything about Lance Corporal Collins and asked for a lawyer. But 12 hours later, he signed a statement confessing to the murder. Mr. Alley’s admission, which he later said was false and coerced, did not match the physical evidence. He said he had hit Lance Corporal Collins with his car, then stabbed her with a screwdriver and killed her with a tree branch. But the location he gave for the collision didn’t line up with the witness accounts. And the autopsy report showed that Lance Corporal Collins was not hit by a car nor stabbed with a screwdriver.

Blood found on the driver’s door of the station wagon, in small streaks, was type O, a match for both Mr. Alley and Lance Corporal Collins. No fingerprints, hair or blood from the victim was found on Mr. Alley or inside his car. Tire tracks found at the crime scene didn’t match Mr. Alley’s car, shoe prints didn’t match his shoes, and a third witness who saw a man with a station wagon, close to where Lance Corporal Collins was killed, described someone who was several inches shorter than Mr. Alley, with a different hair color. Nonetheless, Mr. Alley was convicted and sentenced to death.

In the years following Mr. Alley’s sentencing, the use of DNA analysis by law enforcement became more common and increasingly important for solving crimes and also for calling into question past convictions. (They include those based on false confessions — 80 of about 370 exonerations since 1989, according to a database created by Brandon Garrett, a Duke University law professor.) DNA evidence also led to the exoneration of 21 people who served time on death row, according to the Innocence Project.

In 2001, Tennessee passed a law broadly instructing its courts to grant access to DNA testing if a petitioner shows a “reasonable probability” that he or she would not have been convicted in light of the DNA results. Mr. Alley and his new lawyers soon went to court to ask for DNA analysis of the crime-scene evidence. They argued in part that running that evidence through a public database might identify the real killer.

The Tennessee Appeals Court rejected Mr. Alley’s request for testing, saying he had failed to establish that “reasonable probability.” The court also rejected his argument for the crime scene DNA to be run through a public database to identify the real killer.

In a bizarre reading of the Tennessee DNA law, the appeals court said the law’s reach was limited to comparing the defendant’s DNA with samples of clothing and other evidence. The purposes of DNA testing “must stand alone,” the court said, “and do not encompass a speculative nationwide search for the possibility of a third-party perpetrator.” In other words, Mr. Alley was barred from DNA testing, even if it could exonerate him by identifying someone else as the person who killed Suzanne Collins.

Sedley Alley had a daughter named April. Her mother died when she was 4, and she grew up with her maternal grandparents, alienated from her father. In her 20s, Ms. Alley got in touch with her father in prison and started visiting him. Early on, she asked him if he had killed Lance Corporal Collins.

“I said, ‘I just want you to be honest with me and tell me the truth. It won’t stop me from coming to visit with you,” she told me over the phone this week. “He said, ‘April, if I did this, I don’t remember doing it. If it’s ever proven with DNA I did do this, I don’t want to fight my execution.’” He never wavered from that position.

In 2006, Mr. Alley was executed by lethal injection. In 2011, in another case in which a convicted man petitioned for DNA testing, the Tennessee Supreme Court ruled that the state’s DNA law does provide for establishing innocence by using the test results to identify “the true perpetrator of the crime.” The Tennessee Appeals Court had been wrong to deny Sedley Alley’s petition for testing. Nationally, database hits of DNA evidence have identified the actual assailant in 139 exonerations, according to the Innocence Project.

In 2019, one of Sedley Alley’s lawyers, Kelley Henry, knocked on April Alley’s door. Ms. Henry had confirmed a tip to the Innocence Project that a man who had been arrested in a murder and two sexual assaults in St. Louis was suspected in other killings — and that shortly before Lance Corporal Collins’s death, he had been enrolled in a training course at the naval base where she also trained.

The information persuaded Ms. Alley to renew the petition for DNA testing in her father’s case. Her father’s life couldn’t be saved, but perhaps his reputation could be, she reasoned. As the representative of her father’s estate, she would stand in his shoes, legally speaking. She also felt a broader responsibility: If the man arrested in St. Louis was guilty of the Collins murder, “then those other people died or were hurt when they didn’t have to be,” she told me.

The district attorney in Shelby County, Amy Weirich, opposed Ms. Alley’s request for DNA testing. She declined to comment when I called her. But in a yasal brief, the Tennessee attorney general’s office argued that “attacks on criminal judgments end with the death of the prisoner.” Ms. Alley’s yasal team, led by Mr. Clement, Mr. Scheck and Stephen Ross Johnson, argue that it is “unconscionable,” given the history of the case, for prosecutors to oppose DNA testing “on the sole grounds that it has already executed Alley.”

The state won the first round when a state court judge ruled that Ms. Alley did not have standing to sue on her father’s behalf. On Wednesday, the state attorney general’s office defended that victory before a panel of three judges of the Tennessee Appeals Court. Andrew Coulam, the lawyer for the state, stressed the “right of the state and the right of victims” in final judgments.

Arguing for Sedley Alley’s estate, Mr. Clement responded that the interests of victims “are not served if the wrong person has been executed for a crime and the actual perpetrator is at large.” The judges could adopt the state’s conception of finality. Or they could decide that DNA testing is the only way to prevent doubt from lingering forever about who killed Suzanne Collins and whether Sedley Alley went to his death an innocent man.

And whether a killer walked away.

Ms. Bazelon is a staff writer at The New York Times Magazine who writes extensively about the law.