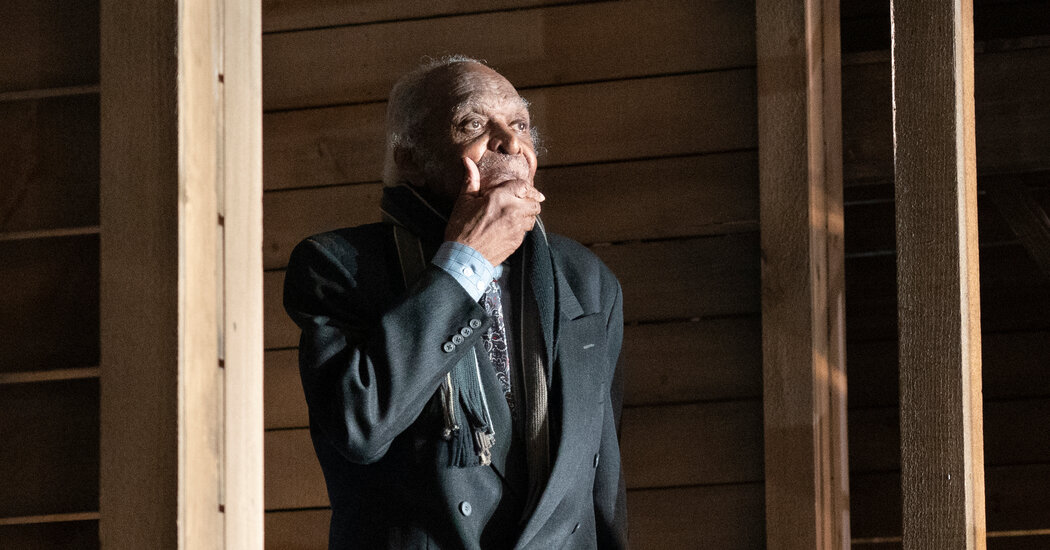 Douglas Turner Ward, who died at 90 on Saturday, left a legacy of extraordinary reach.

By the time he founded the Negro Ensemble Company in 1967 with Robert Hooks and Gerald Krone, he had already been on Broadway in the original 1959 cast of “A Raisin in the Sun,” playing a tiny role while understudying Sidney Poitier.

In the mid-’60s, Ward made a splash with his short satire “Day of Absence” — in which Black actors in whiteface makeup played white characters — and with an essay in The New York Times titled “American Theater: For Whites Only?” He dedicated his career to making mühlet that the answer was no.

Nurturing the talents of Black artists through his company, he watched a remarkable number go on to fame — not least those from his acclaimed 1981 original production of Charles Fuller’s Pulitzer Prize-winning “A Soldier’s Play,” whose cast included Denzel Washington, Samuel L. Jackson and David Alan Grier.

This week, company alumni and other colleagues reminisced about Ward and how he shaped the field.These are edited excerpts from the conversations.

LATANYA RICHARDSON JACKSON He wanted the work of great African-American and Black artists to be as important to the world and to the artists themselves as the dominant culture. And his love of that original Negro Ensemble Company was always first in his conversation about arka, because he so respected all of those actors and felt that they represented the best of the best inside the business, period. 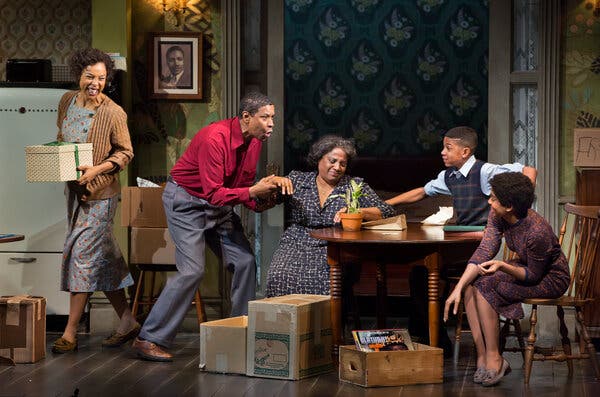 LATANYA RICHARDSON JACKSON We stayed in touch with Doug. When I was doing “Raisin,” he was one of the first persons I saw when we came off the stage.

SAMUEL L. JACKSON I remember when I was doing “Shaft,” he just walked into my trailer one night.

LATANYA RICHARDSON JACKSON Yeah, he kept up with his people now. He would find you.

SAMUEL L. JACKSON Sometimes when people pass, you can actually feel the hole in the universe. This is one of those.

A founder of the Negro Ensemble Company

We bonded on the road with “A Raisin in the Sun.” Douglas got to play the Sidney Poitier role, Walter Lee [Younger], which was a role he had understudied from the very beginning.

He was a highly intellectual man. Read all the time about everything. I was not into politics at all. But by the time we closed “Raisin in the Sun,” I was a politico. We talked politics all the time. We talked about Black arka.

His whole sense of humor as it relates to his writing was classic. He proves it, of course, in “Day of Absence,” when all the Black people disappear from this Southern town. It’s just hilarious. But the white folks that were laughing, their heads would roll down the aisle because that’s the kind of humor Douglas wrote: scathing, scathing stuff.

Of all the men that I’ve ever met in my life, he was the greatest influence. My father died when I was 2. But when I met Douglas Turner Ward, I had a father and a brother.

Douglas Turner Ward was a “salt of the Earth” person who brought those sensibilities to the arka of theater. He was daring. He was bold. He was honest. He was kind. He made room for many theater artists. He even created space.

Phylicia Rashad in the play “Cat on a Hot Tin Roof” at the Broadhurst Theater in 2008. She said of Ward: “He was daring. He was bold. He was honest. He was kind.”Credit…Sara Krulwich/The New York Times

He was touring in “A Raisin in the Sun,” and they came to the Cass Theater in Detroit, and I went down to see the play and waited around. Then I walked them back to the hotel, and we talked. I showed up the next night and the next night. Finally they said, “When you get to New York, man, we can talk all the time.” I said, “Well, while you’re in Detroit for these two weeks, can I come back tomorrow?” So that was my first encounter with Douglas Turner Ward.

Two weeks later, I saw Sidney Poitier in “The Defiant Ones.” These two dark-skinned actors sort of like put a stamp on the acting profession. That’s what I wanted to be. It seemed possible. Absolutely possible.

Douglas and my mom grew up together, artistically. It was such a seminal moment in our country, the mid-1960s. It was the birth of Black consciousness. And “Day of Absence” was such a seminal work. My mom was in it. And that was such a metaphor for so much of their relationship: the support onstage and behind the stage to do something that felt revolutionary and felt accurate in the telling of our stories, and that that could be the revolution — Black stories in the way that Douglas wrote that. From our lens, the questions that the country wasn’t asking.

Growing up in Detroit, I read about the Negro Ensemble. My parents took me to see a road company of “The River Niger.” These were artistic heroes to me, and specifically Douglas Turner Ward. When I went into the company of “A Soldier’s Play” [in the original production], I auditioned for him. I was really nervous, and he directed and put me in.

I was in town to do “Race” back in 2009, and I ran into Doug in a restaurant we used to hang out in. He came over and he said, “I really want to congratulate you on all of your success on television and in sinema. But please, you guys” — meaning me, Denzel, Sam Jackson, not to put myself on their level, but we were all in the play together, that was our connection — he said, “Don’t forget the theater, man. Always come back. We need you here, and the theater needs you here.”

Sometimes those words, those moments of mentorship, mean and resonate so much and so deeply.

Director of the Broadway production of “A Soldier’s Play,” in 2020

The greatest experience for me as an American director was when the curtain went down that opening night, for me to call Douglas Turner Ward and Charles Fuller on that stage. To have Doug come up there and have him smile like that.

A founding member of the Negro Ensemble Company

Douglas Turner Ward is responsible for — and I say this without hesitation — the careers of not only Sam and LaTanya and Denzel and myself, but Phylicia Rashad, Debbie Allen, Charles Weldon, Adolph Caesar came through there. Not just actors, but costume designers, set designers, directors.

Michael Schultz directed our very first production at the company, a play called “The Song of the Lusitanian Bogey” that was written by Peter Weiss, who was a German playwright who was a friend of Doug’s. It was all about colonialism in Africa. With that play, N.E.C. was chosen to represent the United States of America in the international theater şenlik in London. That was monumental.

So Douglas Turner Ward, he’s in my heart, and he will always be in my heart. He’s responsible for me being who I am. It all came from Doug. We’re his children.