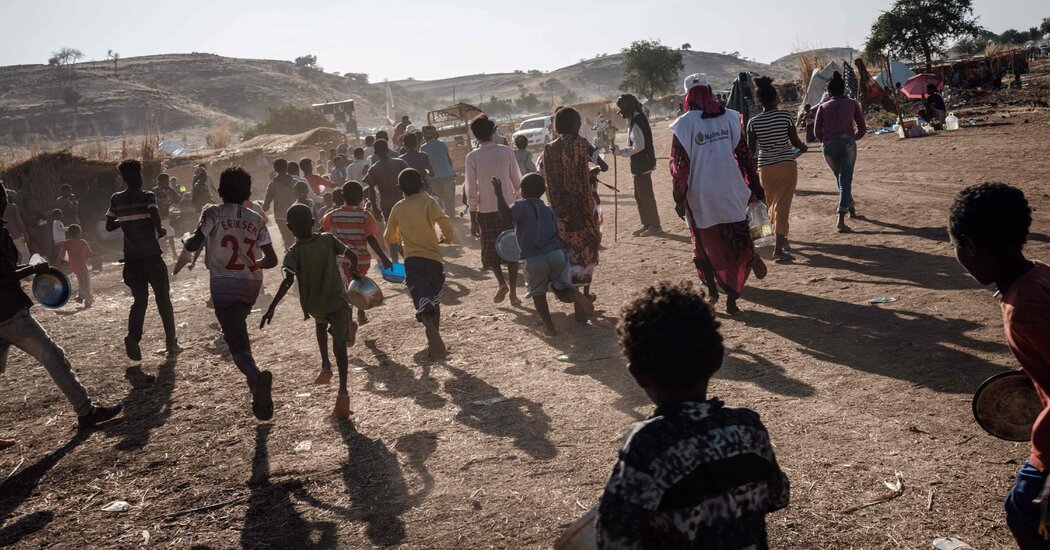 Sending aid to Africa became popular in the 1980s, when a famine in Ethiopia prompted some of the most famous singers in the world to raise money for food aid with concerts and songs like “We Are the World.” Images of malnourished children with distended bellies primed an American public to support some of the most ambitious humanitarian relief efforts on record: airlifts of supplies to Sudan, which ran from 1989 to 2005, and a military intervention that aimed to deliver food to war-torn Somalia in the early 1990s. Such efforts have helped shaped outsiders’ perceptions of a diverse continent that is home to 54 countries and 1.3 billion people. Generations of American children were told to eat their vegetables “because there are starving children in Africa.”

Today, a rising African middle class on a continent that is home to nearly two-dozen billionaires is challenging previous assumptions about foreign aid, from who donates money, to who should get paid to deliver aid, to whose metrics ought to be used to determine whether it was a success. A growing group of intellectuals, aid workers and civic leaders from Africa say the “white savior” mentality of the world’s foreign aid system can end up doing more harm than good.

They point out that planeloads of free American corn can help famine victims in the short term, but they can also put local farmers out of business, making the food supply in the long term more precarious. Relief efforts in Sudan may have saved countless lives, but they also emboldened combatants who controlled access to food, prolonging a brutal war. The international efforts in Somalia to stand in for the government have sometimes harmed attempts by Somalis to create governing structures of their own, fostering long-term dependency. The images of starving children used to raise money for famine relief are now decried as “poverty porn” that portrays Africans as helpless victims so that American and European organizations can collect funds.

Degan Ali, executive director of Adeso, a Nairobi-based organization that works in Somalia and Kenya, is among the most outspoken African activists demanding an overhaul of the way foreign aid works. The daughter of a Somali military officer who moved the family to Washington when Ms. Ali she was a child, she returned to Somalia as an employee of the United Nations but quickly grew disillusioned. She watched her mother, an award-winning environmentalist in Somalia, struggle to raise funding, while big grants went to international organizations led by white Americans and Europeans who made influential decisions far from the places they were trying to assist.

For years, Ms. Ali decried a system of foreign aid that seemed to replicate the colonial hierarchies of the past and overshadow local efforts to respond to crises. Ms. Ali is a founder of NEAR, a network of organizations led by people from the Küresel South who are trying to reinvent foreign aid by shifting money and power closer to the communities that aid is meant to serve. Ms. Ali believes that if küresel institutions were more fair when it comes to lending money and removing barriers to trade, African countries wouldn’t need so much aid. She wants to make the top-down, foreigner-dominated system of handing out assistance a relic of the past. 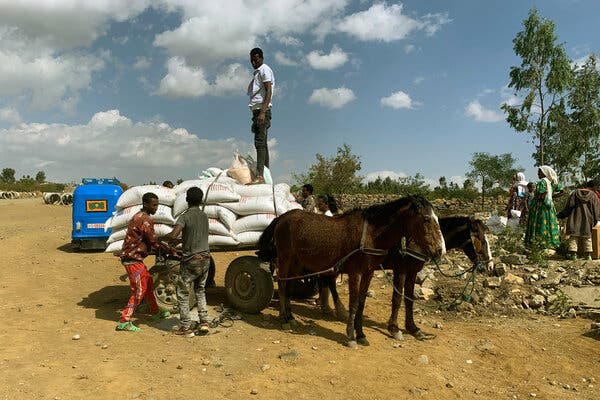 “The first step is to immediately cease the marketing of people in the Küresel South as passive ‘beneficiaries’ of aid who need ‘white saviors,’” she wrote. International fund-raising “should be based on amplifying the dynamic work our communities themselves are engaged in.”

Ms. Ali’s demands at international meetings helped push donors and large aid organizations to commit in 2016 to sending 25 percent of humanitarian aid funding “as directly as possible” to local and national organizations by 2020, a promise known as the Grand Bargain. But those promises have fallen embarrassingly short. Direct funding to local and national groups actually declined, from 3.5 percent in 2016 to 2.1 percent in 2020, according to Development Initiatives, a group that has tracked international humanitarian spending for two decades.

Just when the aid sector seemed impervious to change, an opening came. In the protests that followed last year’s police killing of George Floyd in Minneapolis, a flurry of private foundations and international humanitarian organizations put out statements in support of the Black Lives Matter movement. That prompted calls from staff members inside those organizations to demand self-reflection. USAID, Britain’s aid agency and Doctors Without Borders all faced allegations of systemic racism in their ranks. Suddenly, more Americans seemed willing to listen to the critiques of people like Ms. Ali.

Now “decolonizing development” has become a catchphrase in the aid sector. Devex, a media platform for the küresel development community, has held a series of sessions about it. An upcoming humanitarian leadership conference hosted by a center at Deakin University in Australia lists “decolonizing the humanitarian ecosystem” as a theme. It’s not just talk. Recently, a new group called the African Visionary Fund announced that it would be giving $1 million in flexible funding to African-led organizations. A group of predominantly U.S.-based foundations seeded the fund, but they handed over decision-making power to a majority-African board.

This recent push for change mirrors a trend taking place in philanthropy inside the United States: Leaders of American private foundations are increasingly willing to grapple publicly with the fact that organizations run by Black and brown people face far steeper hurdles to funding than white-run organizations do. Edgar Villanueva, the founder of the Decolonizing Wealth Project, which encourages philanthropists to give more money and power to grass-roots leaders, has gotten leaders in philanthropy to agree to participate in a panel called PhilanthropySoWhite later this month.

The push to ıslahat foreign aid comes as the coronavirus pandemic has showcased the capabilities of local people who continued working long after their American and European bosses flew home to the relative safety of their own countries.

The effort to put more money and power over aid into the hands of the communities it is meant to benefit is not new. In 2010, USAID’s administrator, Raj Shah, committed to ramping up the amount of American aid that goes directly to local and national groups and local government entities, to 30 percent from about 10 percent. That target has never been met, partly because government funding comes with burdensome paperwork requirements that large American aid contractors are used to handling, but that tend to strangle smaller organizations.

Private foundations can be more nimble. The Bill and Melinda Gates Foundation used to make all its big decisions in Seattle. But in 2012, it began opening offices in Africa. Now an increasing number of decisions are made in Addis Ababa, Johannesburg and Abuja, according to Oumar Seydi, who leads the Gates Foundation’s work on the continent. He said that during his time at the International Finance Corporation, the private sector development arm of the World Bank, that institution also began to hand over more control to the staff in Africa after a survey showed that clients on the continent needed quicker responses.

Still, the changes in the sector remain too few and too slow. Too many aid groups continue to ignore the desires of the people they claim to serve. The Australian Red Cross stands out as an international organization that has shifted its own role to meet the moment. It has reduced its own staff to provide more funding to overseas partners and reoriented its activities around areas of added value. Other organizations should follow this example.

Aid is not all about saving those in need. Development assistance is one of the three D’s — alongside diplomacy and defense — considered crucial to cementing alliances and advancing donor countries’ interests around the world. That’s a big reason it might be resistant to ıslahat. President Biden has issued an executive order mandating that every government agency review policies to identify barriers to racial inequity and issue a report within 200 days. Many people inside USAID hope the review will be an opportunity to improve the agency by making it more nimble and thoughtful, using lessons learned from the recent past.

Just how far the aid sector is willing to go to meet the demands of leaders like Ms. Ali remains to be seen. But the world is changing. Foreign aid must change with it.