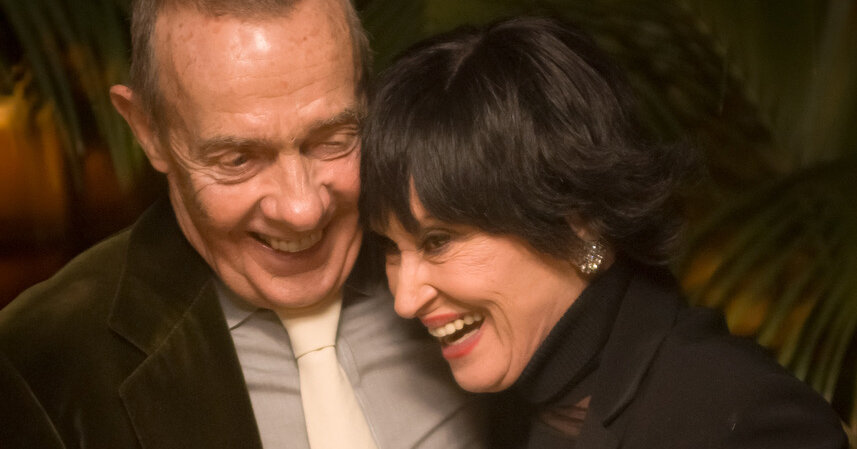 For more than 50 years, until his death on Sunday at 87, Joe Allen was Broadway’s perfect foil. A reserved man amid all the bright lights and look-at-me brashness of Manhattan’s Theater District, he created three landmark restaurants — the original Joe Allen, the more elegant Orso and the intimate Bar Centrale — where stage stars and up-and-comers alike could mingle and unwind.

When he opened Joe Allen in 1965 on the block of West 46th Street that came to be known as Restaurant Row, theater people quickly adopted it for its comfortable feel. And as several said by phone and email this week, they didn’t hold it against him that posters from failed Broadway shows wound up on his fabled flop wall.

Institutions now, though currently closed by the pandemic, the restaurants are expected to return, though, as is true of Broadway itself, there is no certain date.

In the meantime, some regulars reminisced about Allen and the places he made. These are edited excerpts.

I was fond of Joe, but I didn’t know him very well. In the beginning he was someone slightly mysterious to me, rarely seen, like Garbo. Every evvel in a while I’d spot him at the end of the bar, sipping a glass of red wine, and I’d just wave and smile because I was too intimidated to talk to him. He seemed to have a look in his eyes that said, “This better be important.”

It wasn’t until Bar Centrale opened and I would go there after a show and if I was by myself I would sometimes sit at the bar near him and we would chat and have a few together. He was very charming, very low-key and amusingly deadpan in his delivery. I realized he was probably just as shy as I was, but he was certainly someone who had seen it all. Hell, he even dated Elaine Stritch. There should be some kind of Congressional Medal for that. But he dated Chita Rivera as well, so I guess that was his reward.

People saw him in his restaurants and he seemed cold, I guess, some people would think. Well, I knew him when Alice used to follow him around. Alice was his dog. It was just so sweet. My daughter said today, “Now he’s with Alice.” Just thinking about it makes me tear up.

Joe and I went out together during “Chicago.” It was before he was married. He was just the warmest, the most reliable, the sweetest person who wrote the most beautiful love letters a girl could ever want. I saved them.

There are just some people that you never, ever think are not going to be around. Joe was one of those people.

I first met him when I was in, I think it was “Promises, Promises.” Yeah, ’69. He was very protective. Especially of a young woman coming in alone, which a lot of people did. I went there alone all the time. And this is before the women’s movement. It was a safe place.

I grew up in Brooklyn — my mother kept me out of school every Wednesday to see a matinee. One show was “Applause” [which included a scene at the restaurant], so I had an awareness of Joe Allen’s, the whole essence of it, long before I started going there.

In 1976, I applied for a house account. When you did, you were given a piece of paper with a form: Name, Company, Position. For Company I put “A Chorus Line.” For Position, fifth from the left. He got a big kick out of that. It was a big deal! I can’t tell you the number of people who were refused. At 22, I was like, “I have arrived!”

I had the good fortune to go from hit to hit for a while. Then I was in a show called “Got Tu Go Disco.” It was a nightmare. It was such an honor to give Joe that poster to put on the wall. 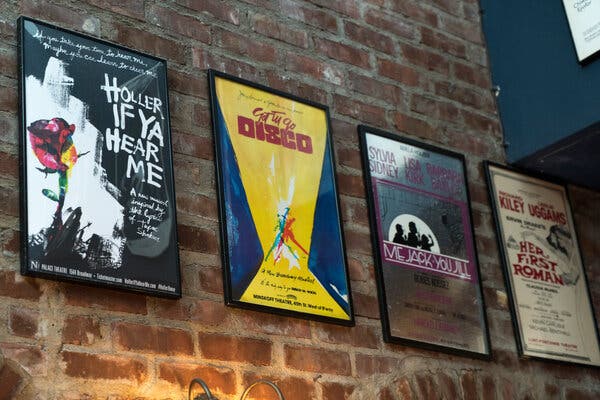 The poster for “Got Tu Go Disco,” a short-lived 1979 musical, in a place of “pride” at Joe Allen’s namesake restaurant.Credit…Sara Krulwich/The New York Times

I remember, more than evvel, coming in to meet someone for dinner before or between shows, and the back little room would be empty except for Al Pacino sitting by himself at a round table, facing the restaurant, having his meal. It really did feel like something out of “The Godfather.”

I have also looked at the posters on the wall (oh, the dreaded wall) over and over again. I don’t think I’m up there, although I’ve certainly been in flops, so I could be wrong. But I have, admittedly, razzed my friend Will Chase after seeing his “High Fidelity” prominently displayed. But it’s really a badge of honor to be up there. Working in this business for any length of time means one will have gone through flops, and if we are still standing, that says something. We might as well celebrate it.

At first he said “Spider-Man” would probably be up there. But then the show ran for three years. Joe Allen was a member of the Broadway community, not just a restaurateur. I remember him saying that any show that runs for three years and provides employment for that many people, it can’t be a flop.

The post-theater crowd at Joe Allen, dining under posters of Broadway flops that include “Rockabye Hamlet” and “Lolita.”Credit…Robert Stolarik for The New York Times

I went to every restaurant he had. Evvel, Elaine Stritch and I were in London and we decided to go fly to Paris to have a hamburger one night [at his restaurant there]. In my will, I left one of my friends $5,000 to have a celebration at Joe Allen’s. That’s how addicted I am to it.

Thank God I don’t have a poster hanging anywhere. That’s my biggest achievement. I have two Tonys, three Oliviers, and no poster at Joe Allen’s.

Joe Allen’s is to actors what the Veterans Administration is to the military — a safe and welcoming home for our profession. My New York life consisted of three to four meals a week in the esteemed eatery, finding safety as the posters for Broadway bombs kept me in their watchful sights.

I didn’t really know him, but Orso was my favorite restaurant, not only in the Theater District but everywhere. I was really an Orso fan more than Joe Allen’s.

I have one on the wall. It’s “Nick & Nora,” which was one of the first Broadway musicals I was ever involved in. For everybody that has a wall poster, it’s a very good reminder of how humble we have to be in this industry. It makes me smile in a funny way, because that’s the lesson: Every time out of the gate, with any new production, you have a chance to be on that wall, you know? You hope you’re not.

But I thought he turned something that was so sad and hurtful into a way of looking at the nature of this business — that these are the things that happen. It is almost a rite of passage, in a way.

But I’m not müddet if that isn’t why I liked Orso better.

He was one of my favorite people ever in the theater. He knew everybody from the beginning to the end, the scenic design to the understudies.

He used to have a jukebox in there with all the shows that were on Broadway that year and the year before and the year after. And everybody went there, from every show. You’d see everybody you loved.

He was very sharp. He missed nothing. He just was a great lover of the theater, and had a kind of air about him of watching over everything and not saying a word. Except when everybody left, and he’d had a few. Then he would tell you plenty of stuff.