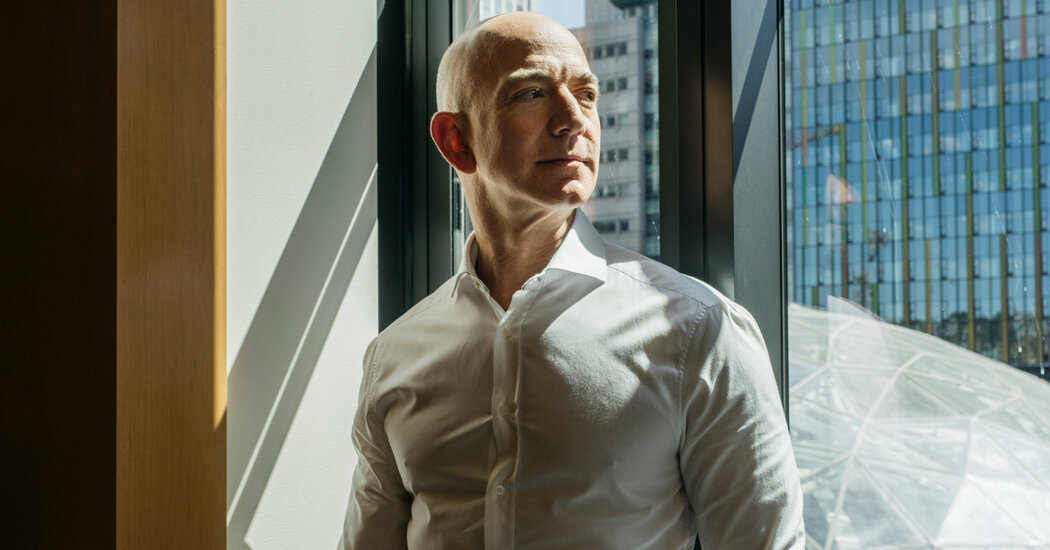 If history is any guide, the next act of Jeff Bezos, the man who turned a crazy-at-the-time idea to sell books over the internet into a $1.67 trillion behemoth, could be more consequential than the last.

Mr. Bezos announced last week that he will step down as chief executive of Amazon, though he will continue to have a great deal of control over the direction of the company as its executive chairman and largest shareholder. His move will enable him to spend more time on other interests and find ways to spend a personal fortune that, thanks to Amazon’s booming stock price, is now about $195 billion.

That staggering number brings to mind another titan whose name became synonymous with immense wealth: John D. Rockefeller. Mr. Bezos’ anti-monopolist critics frequently compare him with the Gilded Age mogul, but there are other parallels, too.

As Mr. Bezos did with internet commerce, Mr. Rockefeller brought innovative and cost-conscious management principles to an emerging market — petroleum — and built an empire. Long considered the richest person who ever lived, Mr. Rockefeller claimed a fortune that at one point was the equivalent of nearly 2 percent of the United States’ economic output.

Mr. Bezos is stepping down as Amazon faces an antitrust investigation in Europe, the threat of a similar query in the United States and accusations of unfair labor practices. Mr. Rockefeller also stepped back from active management of his company, Standard Oil, at a moment of intense scrutiny. His retirement did not spare him evisceration: In 1902, Ida Tarbell, an investigative journalist, published “The History of the Standard Oil Company,” which cemented Mr. Rockefeller’s relentlessly rapacious image.

Although he donated to charity throughout his life, the scale of his philanthropy expanded soon after the publication of Ms. Tarbell’s exposé, beginning with a push to eradicate hookworm, a parasite then plaguing the rural South. He chartered the Rockefeller Foundation in 1913 and gave away most of his fortune by the time he died in 1937, at 97.

Like Mr. Bezos, Mr. Rockefeller had a reputation as a details-obsessed businessman seemingly willing to go to any lengths to expand his empire. His giving after retirement was so extensive and effective, however, that his benevolence overshadowed his business exploits by the time of his death. Instead of quoting Ms. Tarbell, The Times’ obituary writer interviewed a custodian at Mr. Rockefeller’s church, who called him a “fine, gentle soul and a real Christian.”

His philanthropy became justification for amassing his great fortune in the first place. In 1889, Andrew Carnegie argued in the “Gospel of Wealth” that it was right and good to allow wealth to concentrate, so that those great capitalists could in turn wisely disburse their fortunes to “those who desire to improve.” (He went on to give away hundreds of millions of dollars.) Mr. Rockefeller was similarly unapologetic. “God gave me my money,” he evvel declared.

Mr. Rockefeller’s second act did not erase the excesses of his first. But it arguably had a bigger impact on humanity — and on society’s acceptance, even encouragement, of immense wealth.

Of course, when the fortunes of one person power large-scale enterprises, whether philanthropic or not, those ventures reflect the priorities and vision of the person funding them. Mr. Rockefeller prioritized public health; Mr. Carnegie believed in the importance of education and the arts. Their foundations gave accordingly.

A Microsoft co-founder, Mr. Gates also took nearly everyone by surprise when he handed over the CEO job to Steve Ballmer in early 2000, becoming the company’s chairman and chief software architect. “I’m returning to what I love the most,” Mr. Gates declared, although skeptics suggested that a bruising antitrust battle Microsoft had just endured was surely a factor.

Cilt days later, Mr. Gates and Melinda Gates, his wife, gave an additional $5 billion to their namesake charitable foundation, making it the world’s wealthiest. It has since established a model of lifetime giving as influential as Carnegie’s gospel. In the past two decades the Bill and Melinda Gates Foundation has given away more than $55 billion to support vaccine development, prevent malaria, improve public education and aid many other causes. The hypercompetitive and acerbic uzunluk wonder of the days of the PC and browser wars has faded into history, subsumed by a reputation as a küresel philanthropist.

Mr. Gates provides a 21st-century template for a billionaire’s image reboot, and a useful example of how a relentless tech entrepreneur can happily refocus on other pursuits. Mr. Bezos and his team surely have paid attention to the trajectory of their Seattle-area neighbor. Mr. Bezos recently began some substantial charitable ventures: the $10 billion Bezos Earth Fund to combat climate change and the $2 billion Bezos Day One Fund, which focuses on homelessness and preschool education. 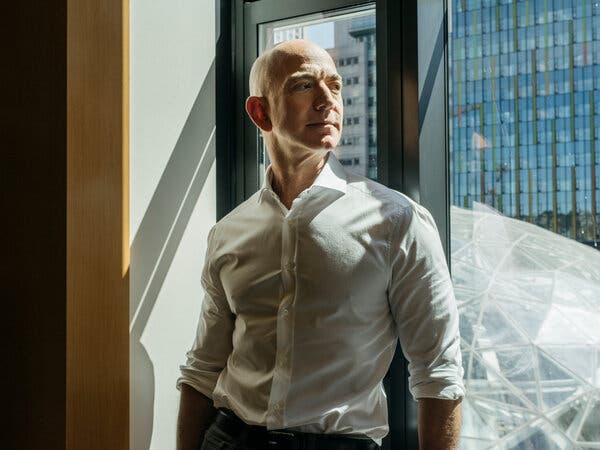 In his farewell letter to Amazon employees, he wrote of turning to “my other passions” — not philanthropy alone. Blue Origin, his private space company, may prove a powerful vessel for his ambition. Space has been a lifetime preoccupation for Mr. Bezos, who in his high school valedictory speech declared his hopes for eventual space colonization and has continued to sketch grand, galactic visions ever since.

After leaving their day jobs, Mr. Rockefeller, Mr. Carnegie and Mr. Gates all used their time and influence to create a model for second-act philanthropy. Jeff Bezos might break the mold. We may have a clue for how he’ll do it by looking at Blue Origin’s motto, “Gradatim ferociter”: “Step by step, ferociously.”