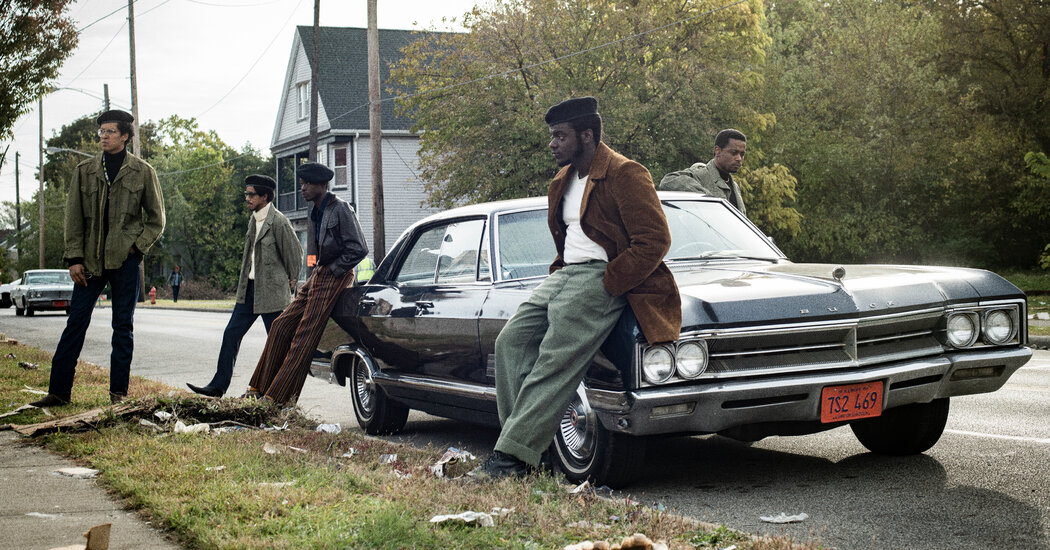 A movie’s message doesn’t have to end with the closing credits. Black filmmakers and musicians have been making the most of “inspired by” albums that are anything but afterthoughts; they boldly extrapolate from the story told onscreen. “Black Panther,” “The Lion King” and now “Judas and the Black Messiah” — the director Shaka King’s sinema about the 1969 police killing of the Illinois Black Panther Party chairman Fred Hampton — arrived with companion albums that connect fantasy and history to their repercussions in the here and now.

“Judas and the Black Messiah: The Inspired Album” overflows with music and ideas: 22 tracks, many of them collaborative. With Hit-Boy as one of the executive producers (and the rapper on a track of his own), the album gathers past and current hip-hop hitmakers, with Nas, Jay-Z and the Roots’ Black Thought alongside Pooh Shiesty, Polo G, Lil Durk and BJ the Chicago Kid.

Although the album is a compilation from dozens of rappers, singers, producers and songwriters, it has a coherent sound: soulful, somber and retro like the film’s closing song, H.E.R.’s “Fight for You,” which is steeped in Marvin Gaye’s mournful determination. Much of the album looks back toward 1990s hip-hop: relying on instruments and samples of full bands, laced with melodic hooks and firmly enunciating the lyrics. 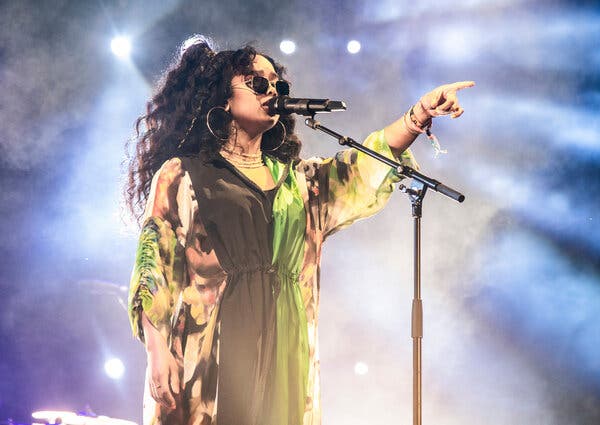 Some tracks directly address the film’s particulars. The album opens with an appearance by Fred Hampton Jr. in “Cointelpro/Dec. 4”: memorializing his father, reminding listers about Cointelpro (the F.B.I.’s yasa dışı covert 1960s Counterintelligence Program aimed at civil rights groups and other perceived subversives) and firmly connecting political oratory to hip-hop; the track ends with a loop of the elder Hampton proclaiming, “I am a revolutionary!”

Rakim’s “Black Messiah” delivers a aksiye, magisterial biography of Hampton over samples of a 1967 soul single, Them Two’s “Am I a Good Man.” In “Somethin’ Ain’t Right,” over bluesy guitar chords, Masego sings about corruption and Rapsody vows, “Cointelpro got the target on me/But we don’t stand down till the people all free.”

But the focus inevitably widens to encompass the present. Polo G’s “Last Man Standing” — with bleak piano chords and a shivery vocal sample — bitterly connects thoughts of Hampton and the Black Panthers to deep-seated systemic racism, police brutality and the Black Lives Matter movement. Smino and Saba collaborate on “Plead the .45th,” sketching paranoia and resentment in brisk, jazzy phrases. Black Thought’s “Welcome to America,” with gritty vocal choruses from C.S. Armstrong and flashes of a gospel choir, is a vehement reminder of centuries of exploitation, remembering “every lost body crossed, tarred, feathered and tossed” and insisting, “This American cloth has never been soft/while history was running its course.”

Memorial and news flash combine in “What It Feels Like” by Nipsey Hussle — who was killed in 2019 — and Jay-Z, a hip-hop march with foreboding piano, horn-section chords and hovering choral vocals. The song warns that success turns Blacks into targets: “You get successful, then it get stressful,” Hussle rapped. Then Jay-Z’s verse pivots from similar ideas — “You know they hate when you become more than they expect” — to the inadequate police response to the insurrection on Jan. 6: “You let them crackers storm your Capitol, put they feet up on your desk/And yet you talkin’ tough to me, I lost all my little respect.” Jay-Z was born December 4, 1969, the day Hampton was killed in a police raid. The history sounds personal.