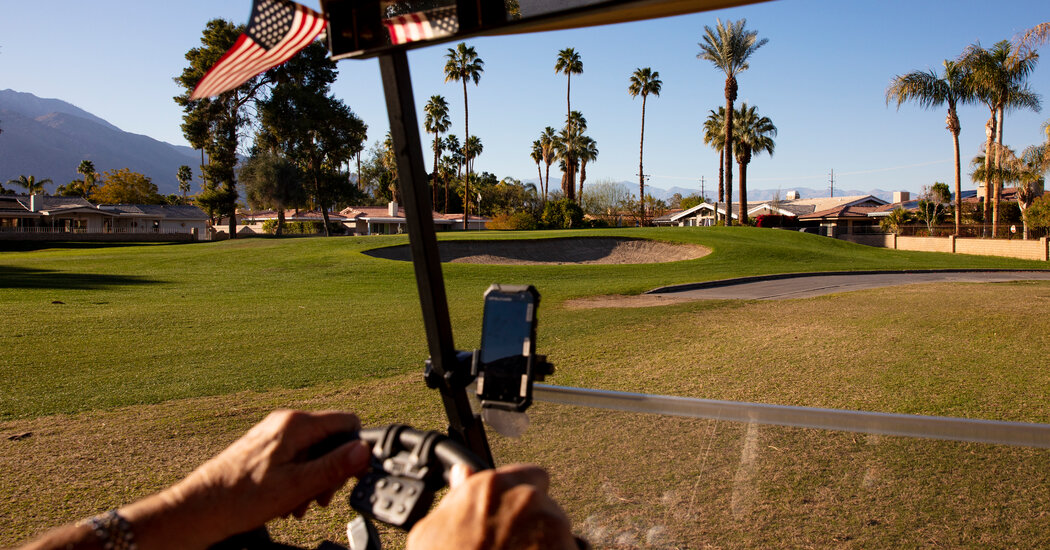 Mike Tracy bought his dream home on a whim. He and his wife, Cyndi, were visiting Palm Springs, Calif., 10 years ago and looked at a Spanish Mission-style house that was built along the original course at the Tahquitz Creek Golf Resort.

“It was an older house, and it needed a lot of work,” said Mr. Tracy, now 74. “But it was in a resort location, and we figured we can pass away and put the home in family trust forever.”

Or so he thought.

What seemed like a sound move to him and Cyndi, 72, is now causing them and their neighbors consternation: A local environmental group would like to turn the two Tahquitz courses owned by the city into a desert preserve. Mr. Tracy said the move would alter his view, lowering the value of his home.

“We have a beautiful view of the golf course and the mountains on both sides,” Mr. Tracy said of his home, which is valued at just under $1 million. “If it became a desert preserve, there would be nothing but sand and dust storms, and you can imagine what that would do to the value.”

When he bought his house, Mr. Tracy could not have been expected to see a decade into the future. But his tale underlines the truth in the saying “buyer, beware” — especially given the rush in the last year to buy a home, often in unfamiliar areas. In some cases, people were making one of their biggest financial decisions based only on what they had seen online.

Interest among affluent consumers in buying a second home is up across the country, with beach homes first, followed by a place on a lake, according to a report released on Thursday by RCLCO, a real estate advisory firm. More than 40 percent of respondents who were surveyed at the end of 2020 were considering or would consider buying a second home, the report found. That was up from less than 30 percent in a similar survey before the pandemic lockdown.

Areas that are doing particularly well are Palm Springs and those that can be reached from New York by car, like the Hamptons on Long Island or Litchfield County, Conn.

The list of things that can go wrong in the market for second homes — particularly if communities grow weary of a sudden influx of newcomers — is long and painful.

In 2018, Ocean Ridge, Fla. — just south of upscale Manalapan in Palm Beach County — declared a moratorium on construction. The official reason was that the town wanted to review the building code, and town officials stressed that they weren’t focusing on any particular house. But the decision coincided with the submission of plans to build a nine-bedroom home with 11½ bathrooms in a prime location on the Intracoastal Waterway.

Halting construction is an extreme move, but a community can push through more subtle moratoriums to stall development. Towns have limited residential building heights, for instance, discouraging buyers from tearing down smaller houses to build a bigger one. Towns have also imposed limits on how much of a lot is buildable.

In South Florida, tighter building codes are expected in response to the arrival of so many new buyers, said Greg Forest, senior küresel real estate adviser at Sotheby’s International Realty in Palm Beach.

“I’m almost anticipating it,” he said. “We have such an influx of people coming in, and some people don’t like that, particularly when they’ve been here a long time.”

To avoid getting caught in a zoning bind, looking into a town’s past can be helpful. “You need to make müddet the zoning has been fairly lenient rather than strict,” Mr. Forest said. “Make mühlet there have been no major proposals in the past or zoning changes that would adversely affect your investment.”

Some states try to protect buyers from rushing into purchases. Florida has a 15-day pause after a contract on a home purchase is signed. That’s a good time to do the due diligence a buyer may have skipped in the rush to get an offer accepted.

“The frenzy is to get the place,” said Chris Leavitt, executive director of luxury sales at Douglas Elliman Real Estate in Palm Beach. “Then you have the pause period. Buyers should take that excitement down to a simmer. The property’s yours if you want it, so now be smart and take that time to dive into it.”

That pause may reveal expensive flaws — including poor construction that will come out only in an engineer’s report.

Mr. Leavitt said buyers trying to secure a place remotely could use the pause to visit the property to make müddet they really liked it. 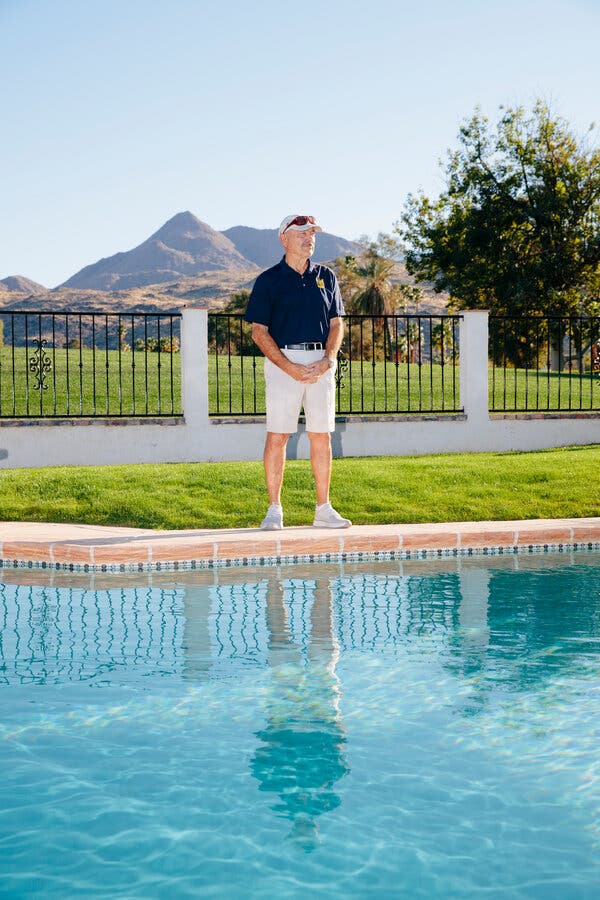 Mike Tracy’s backyard abuts the course at Tahquitz Creek. “We have a beautiful view of the golf course and the mountains on both sides,” he said.Credit…Kendrick Brinson for The New York Times

But views cannot be secured. Some portion of Mr. Tracy’s property value in Palm Springs is based on his view of a golf course, with its green, expansive vistas.

The environmental group, Oswit Land Trust, plans to buy the two Tahquitz Creek courses and combine them with two other courses to create a desert preserve, said Jane Garrison, Oswit’s president. The trust successfully prevented development in nearby Oswit Canyon, she said, and is making a pre-emptive move with the courses.

Mr. Tracy’s situation is fairly uncommon, lawyers said, but having a building pop up in front of your water view can almost be expected.

“You should speak to the zoning council as to what could be built in the surrounding area,” said Eric Goldberg, a partner at Olshan Frome Wolosky, a law firm in New York. “If your new 20th-floor condo on Central Park has Hudson River views, you need to see what can be built in that corridor.”

He said years ago that a condominium on Third Avenue in Manhattan — some four blocks from the East River — had tried to argue in court filings that its views were guaranteed. The court dismissed the motion. “Views are not guaranteed,” he said.

People buying into a large condo building should look at the offering documents to understand just what types of businesses can go into retail space in the building and who is paying the fees for upkeep, said Deborah Friedland, managing director in the real estate group at EisnerAmper, an accounting firm.

“There may be a Whole Foods there, but can someone come in and build a very low-end use for that commercial space?” she asked. “You want to understand how the fees are split between the condos and the retail unit. Are members responsible for a lot of the fees and common charges?”

Ms. Friedland added that buyers in an older building needed to understand the plans for the lobby and common areas, because renovating them can cost millions. When it comes to disputes among residents, “it’s always about the common area,” she said. “The charges can be tremendous.”

The same holds true for structures like docks, particularly those that have been there a while. Environmental rules for waterways have changed considerably, so what was evvel allowable may no longer be. There is no sorun as long as the dock is in good repair, but if a storm knocks it out, the new owner may not be able to replace it.

“If you’re buying the property, you have to see if the dock is permitted,” Mr. Goldberg said. “If it’s not permitted and it gets washed away, you’re never going to rebuild that dock. If it is permitted, you at least have hope, if you can build it in whatever environmentally sensitive way is required.”

In Mr. Tracy’s case, the economic and environmental reasons for change aren’t straightforward. A desert preserve would not generate the revenue that a golf course does, and the city still has many more years of $1 million annual bond payments to make from when it renovated Tahquitz some two decades ago. There’s also the possibility of desert sand blowing through the neighborhood.

On the other hand, the Coachella Valley, where Palm Springs sits, is home to 121 golf courses, according to the Southern California Golf Association, so losing one or two wouldn’t affect the golf business.

But, she said, it’s still a cautionary tale for those who think they are buying in paradise. “Issues can always occur.”