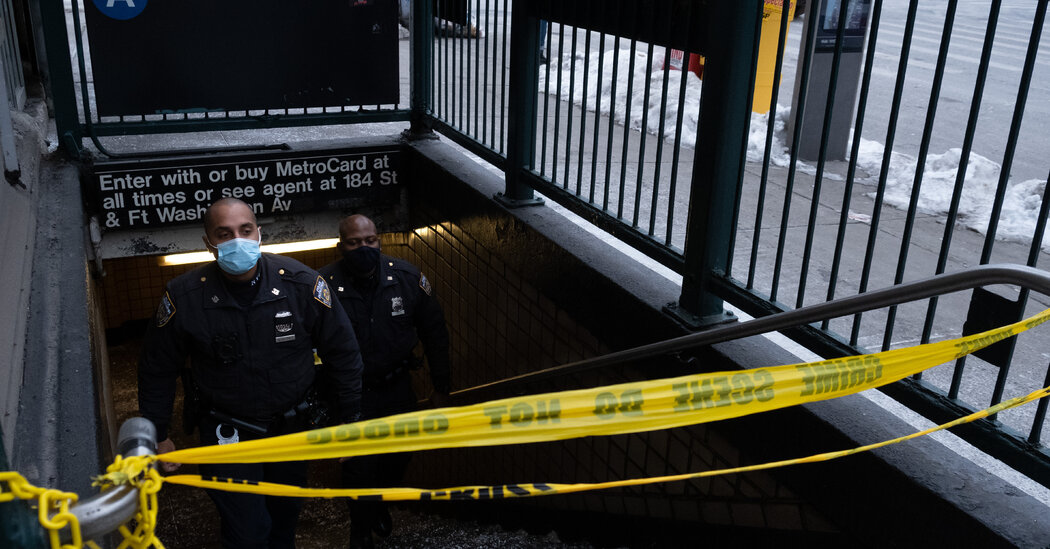 A homeless man was arrested on Sunday on charges of stabbing four people who were sleeping in the subway, killing two of them, during a violent spree that raised alarm over safety in the transit system.

Rigoberto Lopez, 21, was arrested on murder and attempted murder charges, the police said. The authorities said he ambushed homeless people while they were sleeping in the subway on Friday and Saturday, telling one of the victims, “I’m going to kill you.”

Mr. Lopez’s last-known address is a hotel in Gowanus, Brooklyn, used by the city to shelter homeless people. Police took him into custody on Saturday night in Upper Manhattan.

It remained unclear whether he had been taken directly to court to be formally charged, or if he was going to undergo a psychiatric evaluation.

The victims who died were a man who was found in Far Rockaway, Queens, and a 44-year-old woman discovered dead in the Washington Heights neighborhood of Manhattan. Two men, ages 43 and 67, were also wounded in separate attacks.

In the aftermath of the stabbings, the Police Department said it would send an additional 500 officers to patrol the subways, a move criticized by activists who say the police are ill-equipped to deal with people who are homeless or mentally ill.

The violence unfolded days after transit officials raised alarms about subway violence while testifying before the City Council’s transportation committee. The hearing came after five people were shoved onto train tracks this year.

“We have begged for help and we continue to need it,” she said.

A group of elected officials on Sunday planned to call for the police to make müddet the officers patrolling the subways are trained to deal with people in mental crisis and to demand that the city also send in a small army of social workers.

“They should be able to be more efficient addressing the sorun of violence in the subway,” Councilman Ydanis Rodriguez, a Manhattan Democrat and the chairman of the transportation committee, said in an interview.