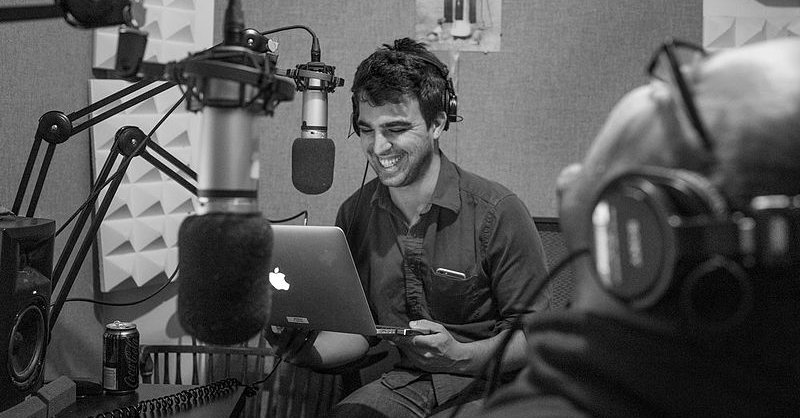 P.J. Vogt, a host of the popular podcast “Reply All,” took a leave of absence on Wednesday after complaints from former colleagues that he and a senior reporter contributed to a toxic work environment and rallied against union efforts.

Mr. Vogt and the senior reporter, Sruthi Pinnamaneni, each apologized in statements on Twitter.

The allegations at Gimlet Media, which produces “Reply All,” came after the podcast released its second episode in a series about accounts of discrimination at the food magazine Bon Appétit’s popular görüntü series. After George Floyd’s killing at the hands of the Minneapolis police last year, newsrooms and media organizations around the United States, including The New York Times, have grappled with accusations that they have not adequately addressed inequalities within their ranks.

Eric Eddings, a former Gimlet employee who co-hosted the podcast “The Nod,” tweeted on Tuesday that “Reply All,” and specifically Mr. Vogt and Ms. Pinnamaneni, had contributed “to a near identical toxic dynamic at Gimlet” as the one they described in their series about Bon Appétit.

“The BA staffers’ stories deserve to be told, but to me it’s damaging to have that reporting and storytelling come from two people who have actively and AGGRESSIVELY worked against multiple efforts to diversify Gimlet’s staff & content,” he wrote. “It was so triggering to hear the words of people who have suffered like me from people who caused that suffering to me and others.”

Mr. Vogt, 35, said on Twitter that he had “deeply failed as an ally” when employees unionized and that he apologized to everyone whom he had disappointed. “I should have reflected on what it meant to not be on the same side of a movement largely led by young producers of color at my company,” he said.

“Today they have my support however I can lend it,” he wrote. “I was a baby and a jerk about it in myriad ways.” He said he had asked permission to step away from the show and was taking time “to think and to listen.”

Ms. Pinnamaneni said her conduct around diversity and union organization efforts was “ill-informed, ignorant and hurtful.” She said on Twitter, “I did not hisse enough attention to the people of color at Gimlet and I should have used my power to support and elevate them further.”

Mr. Vogt and another host, Alex Goldman, started the podcast in 2014, adapting it from their earlier WNYC radio show, “TLDR” (too long; didn’t read). In recent years, “Reply All” episodes have taken listeners inside phone scam rings in India, to a maximum-security prison in Illinois, and on a journey to track down a guitar song that a director listened to on the radio as a teenager.

Mr. Eddings, their former colleague, said he had heard Mr. Vogt “denigrate other colleagues” and had “personally seen harassing messages sent by PJ” to union organizers. Mr. Vogt was not receptive to complaints that employees of color felt they did not have opportunities to advance, he said.

He also said that he had asked Mr. Vogt multiple times to contribute to diversity efforts, such as joining a diversity group or speaking up at staff meetings to show the issue was important to senior figures, but that Mr. Vogt did not. He said that people of color at the podcast saw unionizing as a way to create an environment where they could succeed, but that Mr. Vogt and Ms. Pinnamaneni tried to rally support against them.

Brittany Luse, a former Gimlet employee who co-hosted “The Nod” with Mr. Eddings, spoke in support of his statements. “It’s impossible to explain just how dark that time was,” she wrote on Twitter, referring to efforts to unionize at Gimlet. “Their pushback thickened the air.”