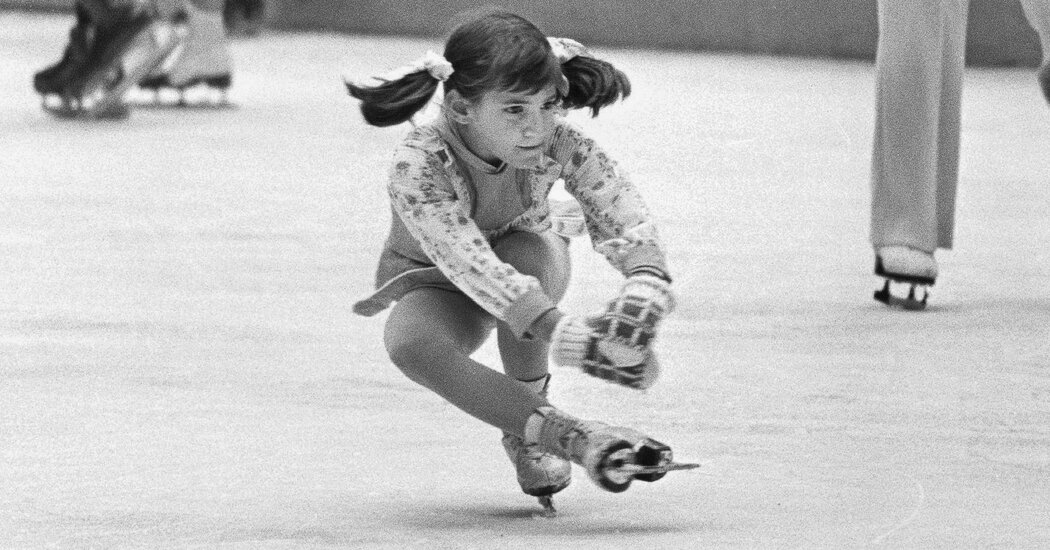 On Oct. 12, 1975, 10-year-old Elaine Asanaki took the R train to Rockefeller Center from Bay Ridge, Brooklyn, wearing a hand-sewn dress and carrying a pair of ice skates given to her by a friend. She was accompanied by her mother, Shirley Eberly, who was treating her to a morning skate at Rockefeller Center’s iconic outdoor rink.

It was one of many trips the two took to Midtown to skate, usually ending the day with a cup of hot cocoa at a nearby cafe. Evvel, a bus full of sightseers burst into applause after Elaine twirled and chasséd in a frock made by her mother. Every time she took to the ice at Rockefeller Center, the festive mood was more than a Sunday thrill. It embodied the spirit of New York itself. “It’s that sense of place, of history,” she said in a recent interview. “You look up and see these faces of people, staring and applauding for you.”

Elaine had the rink largely to herself that frosty morning. And there, a photographer from The New York Times, Tyrone Dukes, asked Ms. Eberly if he could photograph her daughter. He noted at the time that the young girl maneuvered “with grace and poise amid the fast movement of other skaters around her.” She had been skating only eight months and already looked like a pro.

“It was very cold,” Ms. Eberly recalled of that day. And Mr. Dukes wasn’t the only admirer who wanted to snap a photo. “Still, I said yes,” Ms. Eberly said. “Elaine was doing a Russian split or something. She’s very tiny. I didn’t know they were going to put her picture in the newspaper.”

It didn’t happen until almost a decade later on what appeared to be a slow news day. Elaine exhibited a skater’s charm: her petite figure balanced on one leg, eyes focused, pigtails twisting like ribbons in the wind. By the time the photograph appeared, though, Elaine Asanaki and her mother had moved to Southern California, where she began training at 13 with John Nicks, a legendary British skating coach and pairs figure skater whose students included Olympic champions like Peggy Fleming and Kristi Yamaguchi. 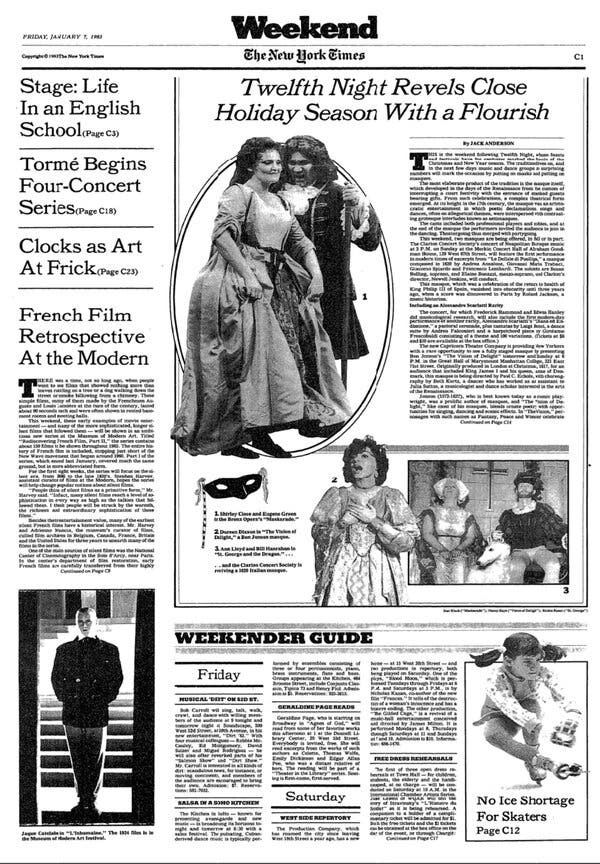 Neither Ms. Asanaki nor her mother could know in 1975 that she would have a career as an Olympic-level pairs figure skater. She traveled to Paris, Moscow and beyond, competing as an seçkine amateur athlete for more than a decade and later as a professional on tour. She competed for Greece (where she has dual citizenship) in five World Figure Skating Championships and in three European Figure Skating Championships. She qualified twice for the Olympic Games, although she did not compete.

Now 55, Ms. Asanaki is a pediatric dentist outside of Boston. But in a recent interview, she reveled in her exploits since those early days at Rockefeller Center. The pandemic has upended everyone’s life, including hers. And these days she has found solace in the familiar: skating. She returned to the ice in December for the first time in nine years. Never mind that she was at an indoor rink in Peabody, Mass., five miles from her home. The feel of the blades cutting the ice beneath her feet echoed the delight she experienced as a young girl in New York.

“It just brought me back to this amazing, magical time,” she said. “This is just reminding me of how lucky I am.” 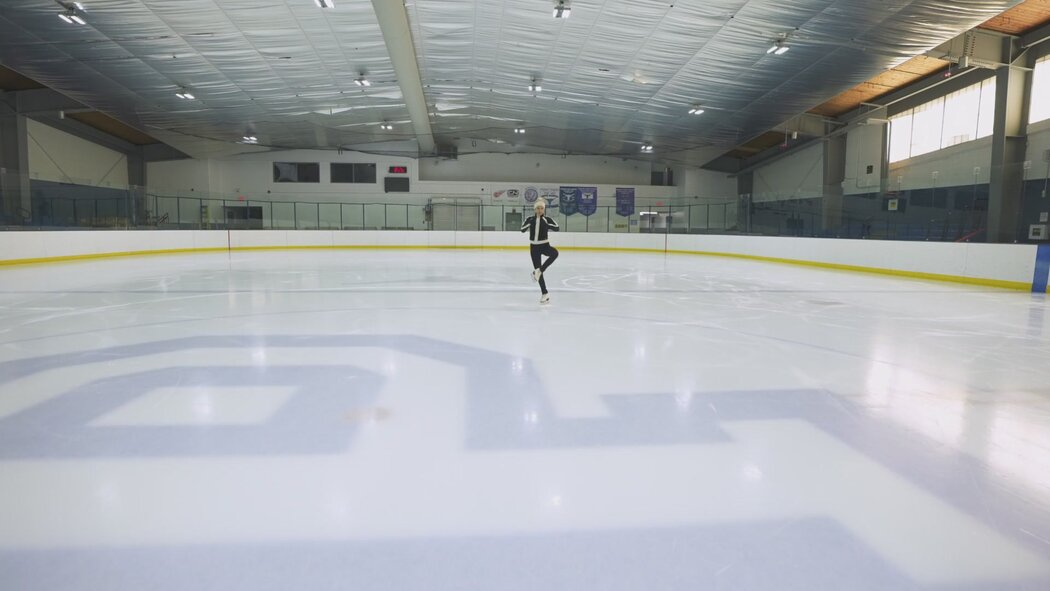 Since early Dutch and English settlers brought the sport here, ice skating has experienced waves of popularity in New York. It was popular on the lake in Central Park beginning in the mid-1800s. In the 1920s, ice skates in Brooklyn’s Prospect Park could be rented for 25 cents an hour. The city’s first indoor skating facility was built in Queens, originally for ice shows during the 1939-40 World’s Fair.

The rink at Rockefeller Center opened on Christmas Day in 1936 and was intended as a temporary exhibit. But crowds flocked to the site, which soon became popular among tourists and New Yorkers alike. It became a magnet for celebrities. In 1959, Truman Capote skated at Rockefeller Center, photographed by the eminent photojournalist Alfred Eisenstaedt. So, too, did Jacqueline Kennedy Onassis in 1970. Even Serena Williams swapped her tennis shoes for skates six years ago.

“It just became one of the most iconic, photographed places in the world,” said Frances Rosenfeld, the director of public programs at the Museum of the City of New York, adding: “It’s a great thing to participate in. But it’s also built for spectators.”

There, Ms. Asanaki got her first taste as a performer. Her mother was a singer and a dancer who wanted her to dance too, enrolling her in classes at the age of 3. “But dancing wasn’t her thing,” Ms. Eberly said.

When Elaine turned 9, a friend gave her some skates, which she tried out in her driveway in Brooklyn. Soon after, her mother took her and her friends to the newly built Abe Stark ice skating rink in Coney Island. At first, Elaine hesitated. “But at the end of the session, my mom said, ‘Hey, you know, if you want to get on the ice, now’s the time,’” she recalled. “And I got on and it was just like I was born to skate.”

Ms. Asanaki is petite — barely 5 feet tall — and something of a daredevil, which is what drew her to pairs competition. “I love jumping,” she said. “I love the acrobatic aspect of skating. I love the thrill, that little bit of danger and athleticism.” She added: “Once I began skating, to be honest, singles skating didn’t do enough for me. I needed to do back flips. I needed to be thrown in the air.”

She loved the discipline too, she said. At one point, she trained with prima ballerinas from the Bolshoi Ballet. And, of course, there was the travel. During a skating tour in China in the early 1990s, she said, she ditched her translator in Shanghai for a day, hopped on a bus alone and visited the countryside. “I got to see real people in real situations,” she said. “And that’s really what I wanted to get out of that trip.”

Her skating life was not accident-free. In 1995 Ms. Asanaki fell 15 feet during a show in Dortmund, Germany, after a hydraulic lift she was perched on broke. After the fall, she couldn’t move. “Doctors thought I had broken my neck,” she said. They told her she would never skate again. Ms. Asanaki was undeterred. “Pretty quickly I decided, ‘Oh, yeah, I will,’” she said. “‘I am going to do this.’”

Between 1992 and 1995, professional skaters were given a one-time option to reinstate as eligible competitors — making it possible for them to compete in amateur competitions like the Olympics. Ms. Asanaki said she called her skating partner, Joel McKeever, and told him she wanted to compete again. She worked out at the figure skating training center at the University of Delaware. And in 1996, the two competed in the World Figure Skating Championships, placing 19th. “You may have to be a little uncomfortable to get comfortable again,” she said. “But you can do it.”

Ms. Asanaki said she had never seen the photograph by Tyron Dukes published in 1983, although she remembered him taking it. “I definitely did not see that,” she said when shown a copy. “Very cool.”

Still, for Ms. Asanaki, some constants of skating remain: the smell of leather when she slipped on her skates; finding old workout clothes stowed in a bag; hearing the crunch of her blades on the rink’s surface.

“Getting back on the ice this morning was so amazing,” she said in the December interview. “It brought me back to skating at Rockefeller Center when I was a little girl, just that amazing feeling of freedom and gliding and just the love of the sport.”

Ms. Asanaki was beaming. “It was pretty spectacular,” she said. 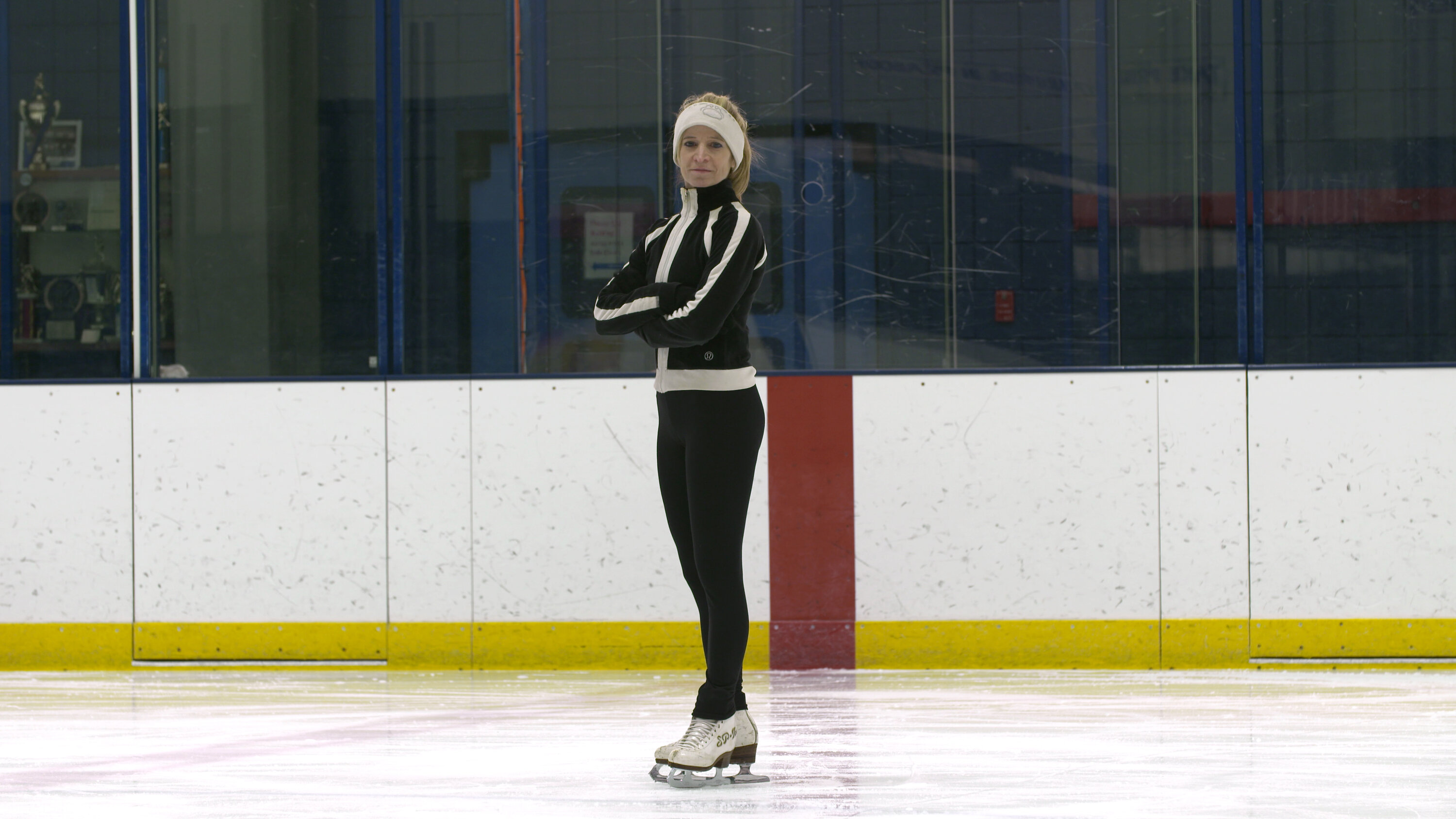