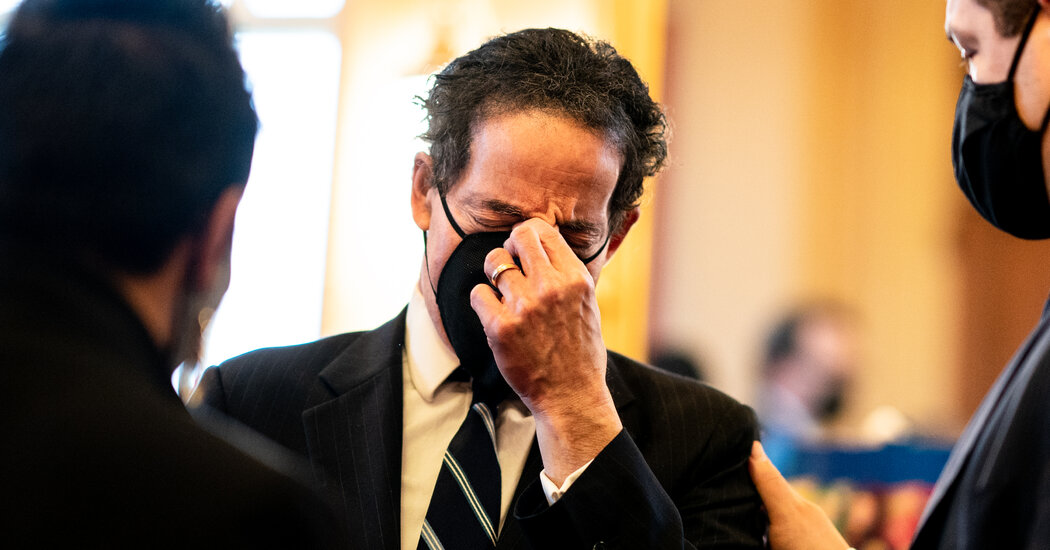 Probably nothing could have moved enough Republican senators to vote to convict former President Donald Trump in his second impeachment trial.

But the way the House chose to frame the article of impeachment made the prospect less likely. If the purpose of the proceeding was to produce a conviction and disqualification from future office, as opposed to mere political theater, the House should have crafted a broader and less legalistic set of charges.

The sole article of impeachment was for “incitement of insurrection.” It focused on the afternoon of Jan. 6, when then-President Trump addressed an initially peaceful crowd of supporters and egged them on to go to the Capitol and to “fight like hell” against the recognition of an Electoral College victory for his opponent Joe Biden.

Presumably, the drafters of the House impeachment resolution chose to frame their charge as incitement because this is an actual crime. The first impeachment of Mr. Trump was criticized (wrongly, in my view) for failing to allege a crime. But it is not necessary for an impeachment to be based on criminal conduct. As Alexander Hamilton explained in The Federalist No. 65, impeachment proceedings “can never be tied down by such strict rules” as “in the delineation of the offense by the prosecutors” in criminal trials. Rather, he said, the target of impeachment proceedings is “the abuse or violation of some public trust.”

By charging Mr. Trump with incitement, the House unnecessarily shouldered the burden of proving the elements of that crime. This is not to say that senators may vote to convict only if those elements are proved, but that the terms of the impeachment article invited the defense to respond in the same legalistic terms presented by the House impeachment managers. They tried to broaden the focus during the trial, though not successfully.

One element of the crime of incitement is the intent to induce imminent violence. The evidence shows that Mr. Trump was reckless and that violence was a foreseeable consequence of his incendiary speech, but a senator might reasonably conclude that it falls short of proving that he wanted his followers to assault members of Congress or to vandalize the Capitol.

Moreover, the terms of the impeachment article opened the door for Mr. Trump’s defense team to play videos in which various Democrats said things that can be construed to encourage violence — a comparison that should be irrelevant but certainly muddied the waters.

The House should have crafted its impeachment resolution to avoid a legalistic focus on the former president’s intent. This could have been done by broadening the impeachment article. The charges should have encompassed Mr. Trump’s use of the mob and other tactics to intimidate government officials to void the election results, and his dereliction of duty by failing to try to end the violence in the hours after he returned to the White House from the demonstration at the Ellipse.

Whether or not Mr. Trump wanted his followers to commit acts of violence, he certainly wanted them to intimidate Vice President Mike Pence and members of Congress. That was the whole point of their “walk,” as Mr. Trump put it, to the Capitol. The mob was not sent to persuade with reasoning or evidence.

Moreover, Mr. Trump’s actions on Jan. 6 were of a piece with attempts — nonviolent but no less wrongful — to intimidate other officials, such as Georgia’s secretary of state, to use their powers to thwart the election results. The Trump campaign had every opportunity to substantiate its claims of massive fraud in court and failed miserably to do so.

By focusing the impeachment resolution on the charge of incitement of insurrection, the House made it easier for Mr. Trump’s supporters in the Senate to dismiss these acts of intimidation as irrelevant to the accusation on which they were voting.

It should not be necessary to point out that the use of the presidential office to keep power after losing an election is the gravest possible offense against our democratic constitutional order — one that the authors of the Constitution specifically contemplated and sought to prevent. The violence of Jan. 6 was bad, but even if no one at the Capitol had been hurt that day, Mr. Trump’s attempts to mobilize a mob to impede the democratic process was still a high crime or misdemeanor.

To make matters worse, Mr. Trump did nothing to stop the violence even when he was aware it was occurring. He did not deploy forces to the Capitol to put down the riot and protect members of Congress. He sent two messages to the rioters, but his appeals for peaceable behavior were tepid, and intermixed with words of support and affection for the rioters.

Perhaps most egregious was his tweet that “Mike Pence did not have the courage to do what should have been done to protect our Country and our Constitution,” at a time when rioters were threatening to hang the vice president. We now know that a senator informed Mr. Trump of the danger to Mr. Pence — but Mr. Trump did not retract his tweet or lift a finger to protect Mr. Pence.

This dereliction of his constitutional duty was wholly apart from any incitement and was an impeachable offense in itself. But it was not charged in the article of impeachment.

It would be foolish to think that the vote on impeachment would come out differently if the charge had been differently framed. But if House was going to impeach, it should have framed the case to make it as difficult as possible for the Senate to acquit.

It is far from clear that Mr. Trump incited the violence of Jan. 6 in a technical meşru sense, but it is abundantly clear that he sought to intimidate members of Congress and other officials to block Mr. Biden’s election, and that he failed in his duty to do what he could to end the violence evvel it started. Those would be ample grounds for conviction, quite apart from whether Mr. Trump committed the crime of incitement.

Michael W. McConnell, a former federal appeals court judge appointed by President George W. Bush, is a professor and the director of the Constitutional Law Center at Stanford Law School. He is the author, most recently, of “The President Who Would Not Be King: Executive Power Under the Constitution.”