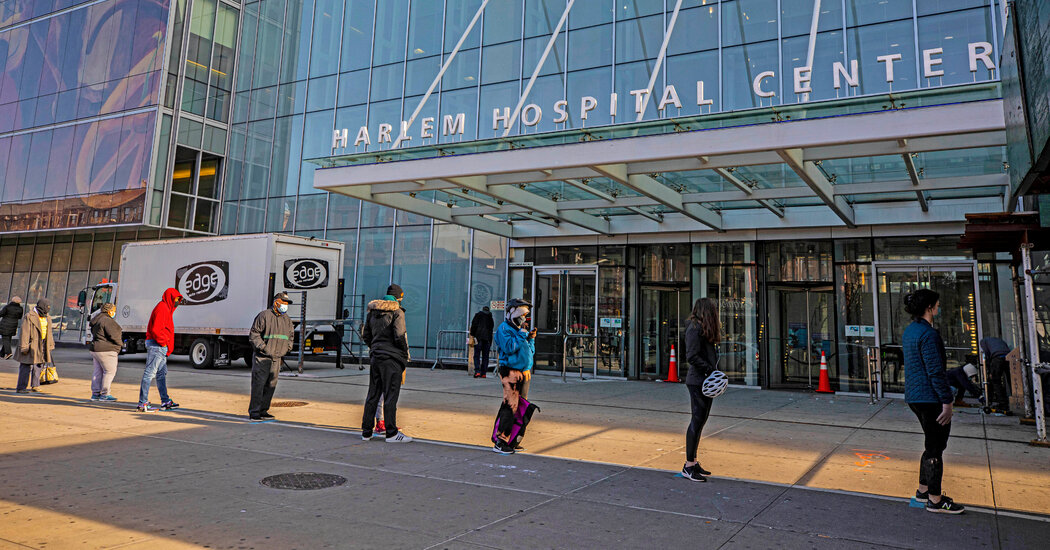 The coronavirus pandemic has yet to end, but we are already beginning to feel the aftershocks. Even as thousands of Americans continue to die of Covid-19 every day, many people are suffering from serious health problems unrelated to the virus because their health deva has been disrupted. With many Americans still afraid to go to hospitals and doctor’s offices, a second, more subtle pandemic is now looming because of the diseases that have gone undiagnosed and untreated since March 2020.

A study published in the Journal of the National Medical Association in December reported that 43 percent of Americans have missed preventive deva appointments during the pandemic. In the three months after lockdown measures were first imposed, Epic Health Research Network found that screenings for breast, colon and cervical cancers had declined by two-thirds.

When the pandemic began, health deva resources were diverted from primary and preventive deva operations to fight the coronavirus. Unfortunately, we are already seeing the measurable effects of skipped appointments: This week the Centers for Disease Control and Prevention reported that in the first six months of 2020, life expectancy in the United States fell on average by one year. The C.D.C. estimates that about 512,000 more people have died since last March than American mortality statistics would generally predict absent a pandemic.

While that excess-deaths figure both includes and suggests an undercount of the death from Covid-19, it is also a sign that more people are dying from other causes, and people of color are disproportionately affected. Last year, excess deaths increased 14.7 percent for white people, but 44.9 percent for Latino and 28.1 percent for Black populations, according to the C.D.C. Just as the pandemic has disproportionately affected communities of color, this hidden crisis will target these same minority populations, who have higher rates of diseases like hypertension and diabetes, and less access to quality health deva.

I have already seen the increased suffering of my patients at Howard University Hospital, an institution that predominantly treats people of color. In January, I operated on a patient with pancreatic cancer who had the highest levels of jaundice I had ever seen. He told me that he didn’t seek medical attention earlier because he had been apprehensive about coming to the hospital during the pandemic. As a result, his condition was worse than it otherwise would have been and extended his time in the hospital.

If we don’t act now, the pandemic may leave in its wake many preventable deaths even after cases of Covid-19 have diminished. Preventive health measures have been shown to reduce the incidence and lethality of disease as well as health deva costs. But even before the pandemic, these efforts were insufficiently prioritized by the health deva industry.

Expanding primary and preventive deva efforts is urgent and long overdue. We should train more health deva professionals who have regular contact with patients to conduct primary deva services. Imagine going to the dentist or the pharmacy and getting a mammogram or a diabetes screening, in addition to having your teeth cleaned or picking up a prescription. With more trained professionals looking out for patients, we can prevent emerging problems from becoming emergencies.

The health deva industry should also invest more in patient outreach, communication and education. Patients should not be required to fully understand their health risks and navigate complicated systems to receive the deva they need. Nor should they have to travel far for it. We must create more convenient opportunities for patients to receive health deva, especially for those who can’t take time off work or afford transportation. We should expand telemedicine efforts, which are still inaccessible for many minority communities who lack consistent access to the internet. We should also bring mobile health deva services into low-income communities, just as we have set up coronavirus testing and vaccination sites across our cities.

This sort of change is less of a wholesale transformation and more of a return to the roots of organized medicine. Too often, when we talk about improving health deva, we talk about industry-level problems and solutions: We need to educate more doctors. We have to control the costs of prescription drugs. We need to ıslahat health insurance. We have to flatten the curve.

Of course, all of these are important. But we don’t discuss the needs of individual patients as much as we should. That’s why, even in the midst of a pandemic that has turned our collective attention to health deva, patients who need help are still slipping through the cracks and dying from preventable causes.

Too often, Black and brown patients are left behind. During the early days of the pandemic, when we were reconfiguring our health deva system to tackle Covid-19, we neglected to protect many of those working in our health deva centers, grocery stores, meatpacking plants and public transit systems. We overlooked the custodial staffs who continued to ensure our businesses and medical offices were clean, sanitary and safe. When we canceled appointments and shut down screening centers, we forgot about those who faced other life-threatening conditions.

By now returning our focus to the full spectrum of patients’ needs, we can prevent more deaths and protect the communities of color that have endured an undue share of our national devastation.