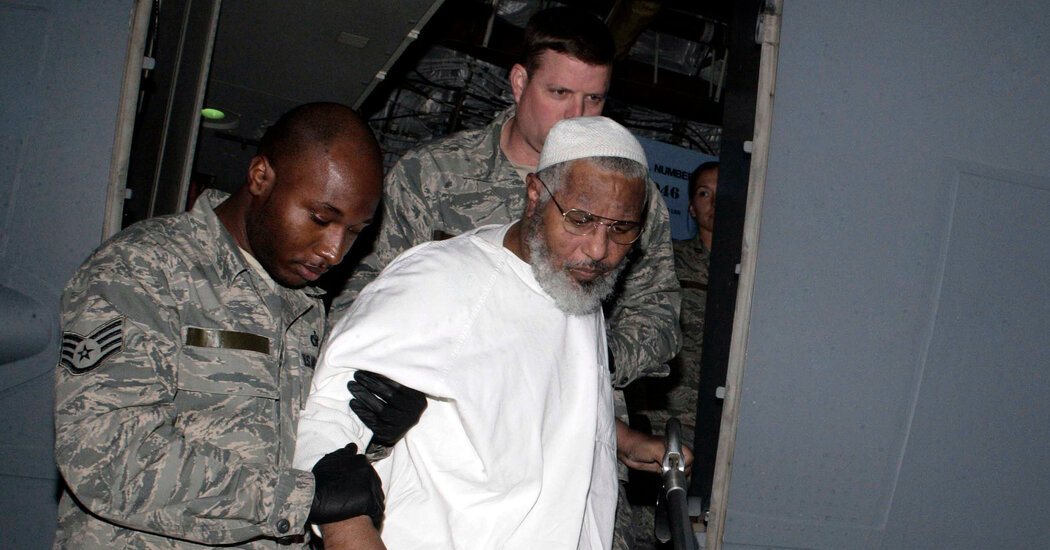 Ibrahim Othman Ibrahim Idris, a Sudanese man who was taken to the prison at Guantánamo Bay in Cuba on the day it opened as a suspected bodyguard of Osama bin Laden and who was then released by the Obama administration as too impaired to pose a threat to the United States, died on Wednesday in Port Sudan. He was 60.

Christopher Curran, a lawyer who represents Sudanese interests in Washington, attributed the death “to medical complications he had from Guantánamo.” The exact cause was not immediately known, but Mr. Idris had been a sickly shut-in at his mother’s home in his native country, in Port Sudan, according to another former Sudanese prisoner, Sami al-Haj, who asserted that Mr. Idris had been tortured at Guantánamo, at the U.S. naval base there.

Mr. Idris was captured in Pakistan fleeing the Battle of Tora Bora in December 2001, three months after the Sept. 11, 2001, terror attacks. He was initially thought to be part of bin Laden’s security detail, according to a leaked U.S. military intelligence profile from 2008. He was never charged with a crime, and he denied the allegation.

He was among 20 prisoners taken to Guantánamo on Jan. 11, 2002, the day the Pentagon opened its crude, open-air prison called Camp X-Ray as a detention and interrogation compound for enemy combatants. A widely viewed Navy photograph from that day shows the men on their knees in orange jumpsuits, shackled at the wrists and blindfolded inside a barbed-wire pen. 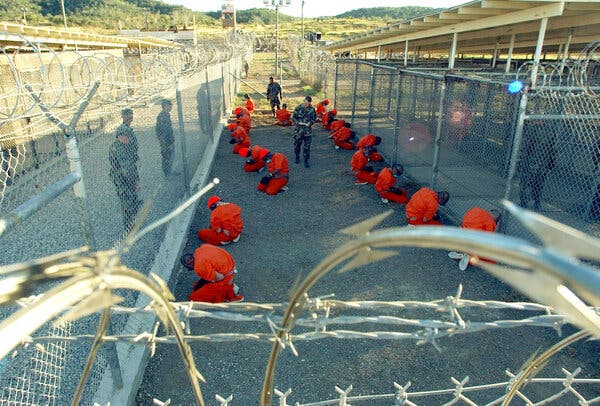 Mr. Idris was among the first 20 prisoners to be detained at Guantánamo in early 2002. As seen in this photo on the day the camp opened, they were shackled and blindfolded.Credit…Shane T. McCoy/U.S. Navy, via Getty Images

Military medical records showed that Mr. Idris spent long stretches in the prison’s behavioral health unit, where an Army psychiatrist concluded that he had schizophrenia. He also developed diabetes and high blood pressure at the prison.

He was repatriated on Dec. 18, 2013, in a rare instance of the government’s choosing not to oppose a petition in federal court for the release of a Guantánamo prisoner. His habeas corpus petition invoked domestic and international law, noting that “if a detainee is so ill that he cannot return to the battlefield, he should be repatriated.” His lawyers described Mr. Idris as too sick to become a threat to anyone, and the United States did not challenge that assertion.

“Given how ill he was, it was clear that at home with his family was where he would receive the best deva,” Ian C. Moss, a former State Department diplomat who arranged for Mr. Idris’s transfer, said on Wednesday.

At the time, Sudan was still on the State Sponsor of Terrorism list. But because a federal court ordered his release, he could be returned.

Earlier this year, Mr. al-Haj, who works for the Al Jazeera Media Network, described Mr. Idris as deteriorating both mentally and physically in his native Port Sudan. He never married, never found work and was cared for by his mother until her recent death, he said.

“Ibrahim lost his mind due to severe torture in Gitmo,” Mr. al-Haj said, using the shorthand name of Guantánamo prison. “American officers, soldiers and guards believed he would give some valuable information under torture. Upon his return, the Sudanese government allocated a nominal pension to him.”

Early detainees and F.B.I. witnesses described an interrogation practice of shackling a prisoner nude inside a very cold cell and depriving him of sleep with blaring loud music and strobe lights, all to gain his cooperation.

Jennifer R. Cowan, the lawyer who represented Mr. Idris pro bono, said he “should never have been held at Guantánamo for more than 11 years.”

“I’m glad that he spent the last seven years of his life free and with his family,” she added. “But that doesn’t erase his mistreatment by the United States before that.”

Mike Howard, a Defense Department spokesman for Guantánamo matters, declined to comment on the Idris case specifically but said, “Torture and cruel, inhuman and degrading treatment or punishment is prohibited for all U.S. personnel in all locations.”

He added: “We recognize there have been violations of the law by U.S. personnel in the past. However, all credible allegations of abuse are thoroughly investigated, and those who failed to adhere to these treatment standards have and will continue to be held accountable.”