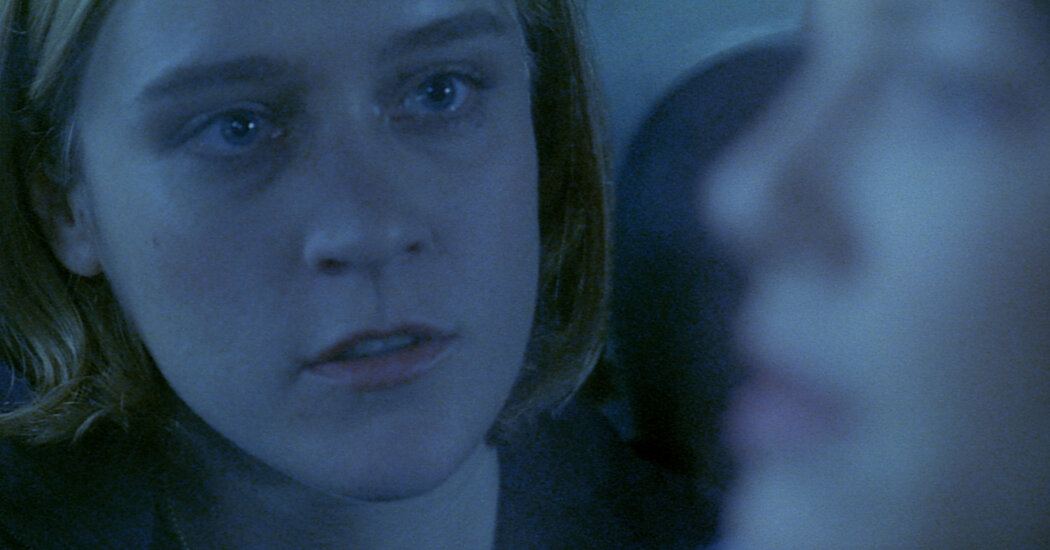 Moving confidently back and forth between youth films, backstage stories, family sagas, period pieces, melodramas, romantic comedies, diva vehicles and biopics, Olivier Assayas may be the most versatile French director of his generation.

“Demonlover” (2002), streaming via Sinema at Lincoln Center in a new director’s cut, combines several modes. It’s an intricately plotted, cool and nasty cyber-thriller that, twisting itself into a Möbius strip, means to expose cutthroat industrial intrigue in the görüntü game industry.

Snazzy from the onset, “Demonlover” opens mid-red-eye in a first-class airline cabin populated by high-powered business types. As her colleagues snooze, the enigmatic Diane (an elegantly wan Connie Nielsen) laces one of their water containers with a powerful sedative to eliminate a rival. Complications ensue, accentuated by hard-edge techno and a score mainly supplied by Sonic Youth.

Cutting on motion from close-up to close-up (or from TV to laptop screen), “Demonlover” gives the impression of continuously switching the channel. A heady globalism prevails. Business lunches are negotiations in three languages. Casual references to Qatari real estate deals punctuate the matter at hand, namely an interest by Diane’s firm in acquiring worldwide distribution rights for pornographic anime — providing none of the female cartoon characters are underage. The meeting smoothly segues to the animation studio, a strobe-lit Tokyo disco, then back to a hotel where, having revved their engines on separately watched porn, Diane and her boss Hervé (Charles Berling) go through the motions of nearly having sex.

Every character in “Demonlover” is a player in a murkily grasped game. As impassive as she is, Diane demonstrates her action chops, fencing with two rival women. An American interloper (Gina Gershon, bursting onto the scene in an “I ♥ Gossip” T-shirt) briefly commands the movie, while Diane’s grouchy assistant Elise (Chloë Sevigny) conspires behind the scenes.

Elise maintains the illusion of a olağan life, checking on her babysitter in the midst of brutal intrigue, even as Diane’s role as a double (triple?) agent appears increasingly theoretical. Like her, the movie grows more abstract as the action accelerates. Well before coldblooded Diane survives a car-crash conflagration, it’s apparent that she is some sort of avatar, a kind of Lara Croft (or maybe a replicant gone rogue) living in a live-action anime.

The plot doesn’t thicken so much as dissolve or self-destruct. “Demonlover” evokes “Irma Vep” (1996), Assayas’s mock vérité account of an unmade French crime sinema, in pondering its entertainment context, which, in this case, is a world of soulless sensation and virtual thrills. (The movie also recalls David Cronenberg’s hilariously maligned “Videodrome,” from 1983, which concocts a cable TV network even creepier than the S&M website that holds Diane in thrall.)

As noted by Stephen Holden in his New York Times review, “‘Demonlover’ is a movie about becoming what you watch,” not least if the viewer is a suburban teenager supposedly doing his homework. The movie struck many as annoyingly trendy when it premiered at Cannes in 2002. Nearly two decades later, its Everything-is-Now pyrotechnics have aged well, although it is hard to ignore the flip-top phones.