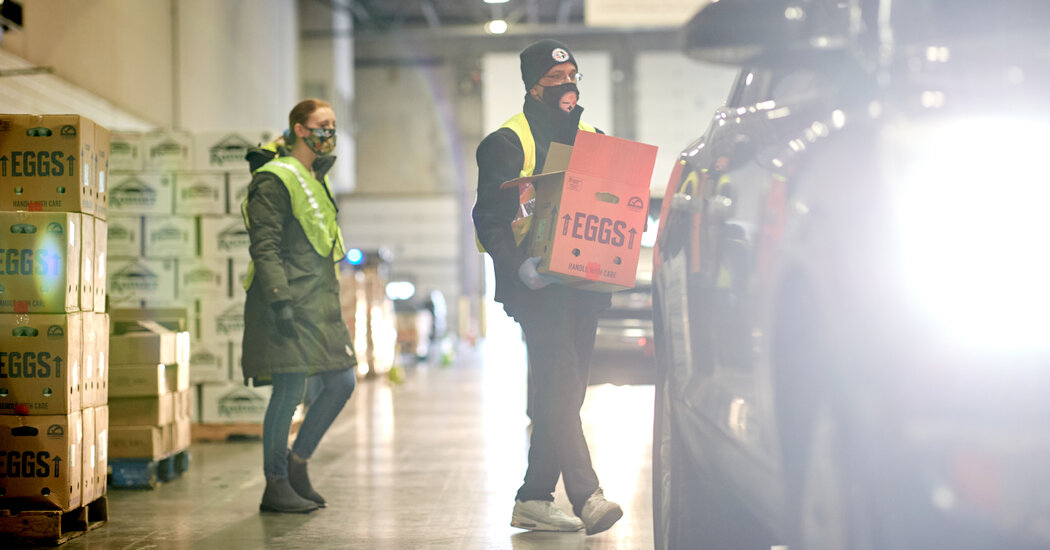 The fear of inflation has become a greater threat to the American economy than inflation itself.

The Biden administration wants to spend $1.9 trillion to combat the coronavirus and its economic effects. Congress is grappling with the details, some of which certainly could be improved. But the plan also faces opposition on the grounds that spending so much could revive inflation.

“This would not be overheating; it would be starting a fire,” tweeted Olivier Blanchard, formerly the chief economist of the International Monetary Fund. Lawrence Summers, a senior figure in each of the previous two Democratic administrations, warned in The Washington Post of “inflationary pressures of a kind we have not seen in a generation.”

These warnings should sound familiar because we’ve been hearing them for 40 years. The threat of inflation has been invoked repeatedly as the justification for placing limits on federal spending, for restraining the pursuit of full employment and for limiting the economic power of workers.

It is a tired refrain that seems to be sung mostly by those whose views were forged during the stagflationary 1970s. But we live in an era of anemic inflation, and changes in the economic landscape since the ’70s have significantly reduced the chances of a revival, including the watchfulness of the Federal Reserve, workers’ loss of bargaining power and the effects of globalization.

Indeed, in recent decades, the Fed and other central banks have devoted considerable effort to generating inflation.

The inflation alarmists, moreover, aren’t just reaching the wrong conclusion. They’re asking the wrong question. They are focused on the impact on economic aggregates rather than the lives of individual Americans.

During the Great Depression, the British economist John Maynard Keynes argued that downturns in private-sector spending could be remedied by increases in government spending. A generation later, as American policymakers sought to carry out his ideas, they answered the obvious question of how much spending was required by developing the concept of an “output gap.”

Fail to fill the gap, and people would suffer. But too much spending was also a sorun: not just wasteful, but inflationary.

The concerns about the inflationary potential of the Biden plan are based on a judgment that the administration is proposing to spend an amount larger than the current output gap.

The Biden plan, however, is not a traditional stimulus. It is not calibrated to fill the output gap. Rather, it is a set of proposals to meet specific needs, including arresting the pandemic, plugging holes in the budgets of state and local governments, providing financial aid to workers and reopening schools.

Aggregate measures of economic growth, like gross domestic product, get the headlines. But the rise of G.D.P. in recent decades has not lifted all boats, and the restoration of G.D.P. growth is not the same thing as helping those who have suffered during the pandemic. Telecommuters with their retirement savings in the stock market are doing fine, at least in financial terms. Meanwhile, the Fed estimates the unemployment rate for the bottom quarter of households is more than 20 percent.

My colleague Paul Krugman has aptly described this legislation as “disaster relief.” Perhaps fewer people should get $1,400 checks. Perhaps the government should keep shipping out unemployment checks until hiring rebounds, instead of setting an arbitrary deadline. But the right amount of spending is the amount necessary to get the pandemic under control and to get people back on their feet.

The necessary spending would stimulate the economy, of course. But even on those terms, it’s hardly clear that it would raise inflation to uncomfortable heights. The output gap is an elegant concept, but nobody knows how to measure it precisely, nor is its relationship to inflation clearly understood. Guesses by educated people are not the same thing as educated guesses. And there are plenty of smart people who don’t see inflation coming over the horizon. The most recent Survey of Professional Forecasters, published Friday, anticipates an annual average inflation rate of 2.03 percent over the next 10 years.

This is not meant to license profligacy, nor to ignore inflation. It is meant to put the spotlight where it belongs: on the merits of the plan.

The boldness of the Biden administration, and of the Fed, shows that many in the government understand the need to stop fighting the last war. It’s not the 1970s anymore. But Democrats hold the Senate by a single vote. The fate of the Biden plan rests on all of their willingness to shoo away the ghosts of stagflation.