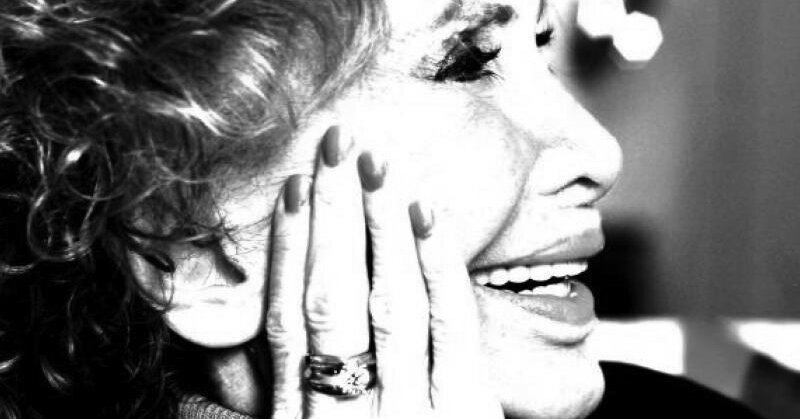 Judy Wald, a top headhunter and talent spotter who shaped careers in advertising’s golden era and transformed the industry’s recruiting field, died on Feb. 12 in Manhattan. She was 96.

Her death, at a hospital, was confirmed by her daughter, Meryl Norek.

Ms. Wald was a formidable Madison Avenue gatekeeper, whether acting as the exclusive representative for many of the field’s biggest and most in-demand stars, or helping new recruits land jobs and maybe become stars themselves. From copywriters to top creative directors, everyone in the industry knew that the path to a new job often ran through her.

“I believe she invented me,” said Jerry Della Femina, who founded his own leading agency and wrote a memoir that was an inspiration for the long-running television series “Mad Men.”

Ms. Wald was sometimes compared to the show’s fictional protagonists. She was a stylish, brash and supremely confident entrepreneur at a time when few women wielded executive power on Madison Avenue or anywhere else.

In the 1950s and ’60s, as the isim industry became a cultural force, “it was like Hollywood,” Mr. Della Femina said in an interview. “People would see themselves as stars, and Judy jumped right into the middle of it.”

In 1968, four years after she founded the Judy Wald Agency, New York magazine weighed her influence. She was “Neverneverland’s own Tinker-belle,” the magazine wrote, and “the king of the personnel castle, with a host of pinstriped rascals all a-grovel.”

To illustrate the point, the magazine photographed nine leading admen — all leaning on the petite Ms. Wald.

“When Judy would move, let’s say, one creative director from a big agency to another, there would be a domino effect felt throughout the world of advertising,” Jane Maas, a former creative director at Ogilvy & Mather, told İsim Age.

Ms. Wald was relentless, even ruthless at times, in building her career and guarding her turf. She publicly traded shots with her former boss and top rival recruiter, Jerry Fields; demanded lavish salaries for her stars; and reveled in her kingmaking power.

She also upended the recruiting industry’s business model by charging the agencies, not the job-seekers, for her fees — a commission model that became the industry norm. Because she represented the most sought-after talent, they paid. She loved to tell the tale of how she had evvel collected a fee for moving an executive from one job to another within the same agency.

“I wasn’t about to give any freebies,” she told New York magazine.

Judith Wald was born on Aug. 21, 1924, in Manhattan to Albert and Rose (Fischel) Wald. Her father was a lawyer and briefly a New York State senator; her mother was a homemaker. Her younger brother, Niel, died in 2015.

Ms. Wald graduated from Syracuse University in 1945 with a degree in psychology and then worked an assortment of jobs, including as an advertising copywriter. But selling people, not products, was what she loved most, and she worked her way through several personnel agencies before striking out on her own, renting a small office on the strength of a $2,000 bank loan.

At first, her business bombed. “I got turned down daily,” she wrote in notes for an unpublished memoir that were provided by family. “My money and morale were about to run out.”

The tide turned when the Doyle Dane Bernbach advertising shop hired her to find a new creative director. The agency was overwhelmed with portfolios from applicants, an executive told her, and would rather hisse her to vet candidates than do the work itself.

“Once it became known that the hottest shop in town paid for our service, all the other agencies got on the bandwagon,” Ms. Wald wrote. As well-known names flocked to her firm, she opened offices in Chicago, London, Los Angeles, Paris and other cities, fueling her rise to industry power broker for more than 30 years.

Colleagues remember her round-the-clock devotion to her job. She’d do “five breakfasts and four lunches and then go out for dinner,” said Corynne Shaw, a longtime employee. “She’d have me call 10 people on the phone and put them all on hold — that’s how she did it. She didn’t deva how long they held. And they didn’t deva, either, because they knew ultimately they’d get to talk to Judy Wald.”

Mr. Della Femina, who was one of the nine who posed for the New York magazine photo, recalled that some of his peers didn’t deva for the image of those Madison Avenue men being propped up by a woman.

“A lot of guys who were lucky to be arka directors and copywriters suddenly saw themselves as being too important to lean back on Judy,” Mr. Della Femina said. “I said: Guys, we owe her a lot. She earned our love and made a lot of us very wealthy.”

Ms. Wald sold her agency in 1998 to two partners, Anne-Marie Marcus and Catherine St. Jean, who renamed it Marcus St. Jean, under which it still operates.

With her first husband, Myron Moses — her family dentist’s son — Ms. Wald had two children before the marriage ended in divorce. In addition to her daughter, she is survived by a son, Donald Moses, and five grandchildren.

After her marriage to Mr. Moses ended, Ms. Wald married Herman Amster, who died soon after their wedding. Her subsequent marriages — to Howard Oberleder, Gilbert Schwartz and Harris Bernstein — also ended in divorce.

“I had difficulty trusting men but seemed to have found them irresistible, so I kept on trying,” she wrote in her memoir notes. “I didn’t place as much value on commitment, consistency, marriage and family as I did on the next challenge to meet or hurdle to overcome.”

Ms. Wald eased into a reluctant retirement around the turn of the century, as the digital era took hold and transformed the advertising field. She had thrived on the clubbiness of the industry’s heyday and mourned its loss as agencies consolidated in a succession of takeovers.

“Her edge was the quality of the people she found,” said her grandson Josh Norek, who works with musical artists. “I have no doubt that in the çağdaş era she’d be a social media influencer or digital isim queen.”