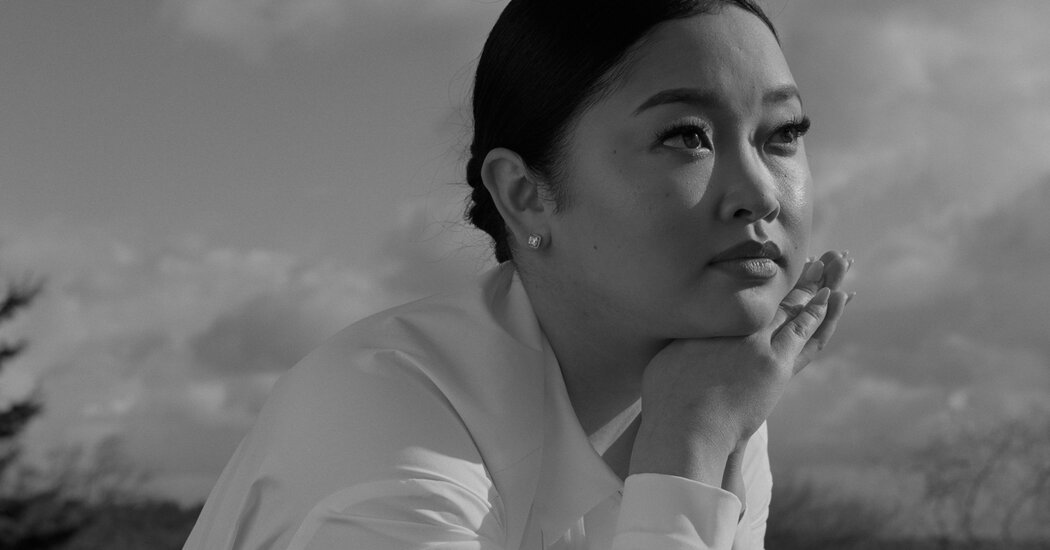 The first two films in the Netflix trilogy “To All the Boys I’ve Loved Before” pretty much checked every box on the teen rom-com boy-drama bingo card: a uzunluk next door, a uzunluk doomed to be on the losing end of a love triangle and, most important, the uzunluk who helps hatch a fake dating plot that inevitably becomes … not so fake.

So when it came time to sinema the final installment, Lana Condor, who plays Lara Jean, the girl at the center of it all, was just about ready for a change of pace: “It’s called ‘To All the Boys,’” the actress, 23, said in a Zoom interview on Monday. “It’s been about the boys. From Day 1. We get it.”

“To All the Boys: Always and Forever,” which begins streaming Friday, sets aside Team Josh and Team John Ambrose and Team Peter in favor of Team Lara Jean, as she finds herself on the brink of some major life decisions with high school graduation approaching. She’s come a long way from the hopeless romantic who wrote down her feelings in sweeping love letters rather than acting on them, a habit that set off the antics of the first sinema when the letters inadvertently made their way to their recipients. 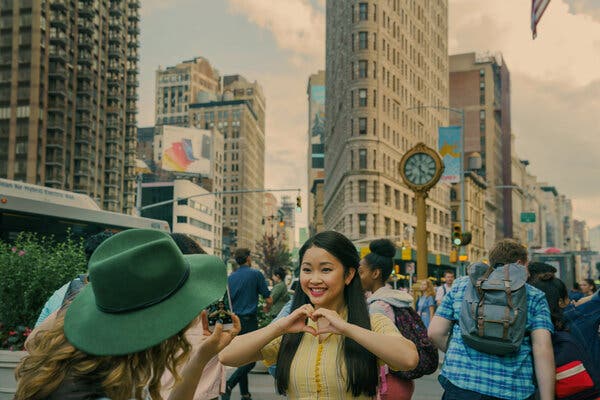 Condor in character as Lara Jean, in the final installment of the trilogy.Credit…Sarah Shatz/Netflix

A lot has changed for Condor, too. She became a star overnight with the first installment, in 2018, and post-“To All the Boys,” she’s set to star in and executive produce a new comedy series for Netflix.

But first, after several years of a whirlwind work schedule, she’s focused on settling into her new home in Seattle with her boyfriend, the actor Anthony De La Torre, and her dog, Emmy. As she prepares to say goodbye to the character that has defined her career so far, Condor discussed what it means to be one of the few Asian-American actresses to headline a romantic comedy and why the Lara Jean of “Always and Forever” is her favorite. These are edited excerpts from the conversation.

This time last year, you surprised fans at the Paris Theater in New York for a screening of the second sinema of the trilogy — an experience that seems pretty foreign now. How does it feel looking back?

That was really emotional and made me feel just overwhelmed with joy. I’ve put so much of myself into these movies because I love them. And they’ve also changed my life. But looking back, I was running on fumes at that point, because it was shooting the movies back-to-back and then going on the big press tour. I wish that I had taken it all in and really been present.

Before auditioning, Condor read the novel the first sinema was based on. She remembers thinking, “This is an Asian-American girl falling in love and this is something we need to see.”Credit…Ricardo Nagaoka for The New York Times

What was making this last sinema like for you?

I remember thinking, “How did I get here?” I wanted nothing more than to finish it the way that I would be muhteşem proud of Lara Jean. So I was just hellbent; I was constantly talking to the director and the producers and writers and everyone like, “You guys, we need to show her stepping into the world as a young woman choosing herself for the first time.”

It was a crazy emotional experience, because the last few years have been the greatest ups and the greatest downs of my life. [She has said she felt burned out after the first sinema.] I love the movies, the friends I made in the movies, the story — I love the color scheme of our movies, the pinks and the teals. So knowing it’s the last time I’ll be in the bedroom, the last time I’ll be in the school, all these things that I’ve been spending so much time in in the past three years, is emotional. I’m going to miss it a lot.

We went during typhoon season. So I was like, who thought of this? But it was amazing. We were just shooting touristy things, so we got to shoot at all locations that we would have gone to as olağan tourists. We would meet people on the street and people would walk into the shot as we’re filming and just be like, “Oh hi! I love your movie!” And we’d be like, “You’re in it.”

Condor and Noah Centineo in “To All the Boys I’ve Loved Before,” the first sinema in the series.Credit…Netflix

How did you feel about the way Lara Jean’s story came to an end?

Something I’m the most proud of is she never really loses her weird little -isms and quirks, and she never loses or changes her personality. That’s really hard not to do when you’re in high school. Yes, the Lara Jean we see in the third movie is a grown Lara Jean, and she’s different in that she has life experience now, but ultimately the things that make her her, she never let go of.

Did you get to keep any of the clothes?

Did I get to keep any of the clothes? No. Did I steal the clothes? Yes. We spent hours and hours for every outfit making it perfect, because we saw from the first movie that girls actually went out to buy the outfits.

In the third movie, they have this bowling jersey that we mimic from “The Big Lebowski,” so I have that. I have the hatbox, which is not a piece of clothing, but I wasn’t going to leave the set without it. I have this blue silk jacket that she wears during a scene with Peter [in Part 1] when she’s talking about people leaving — “The more people you let into your life, the more that can walk right out.” I love that. I took a pair of jeans, which is not exciting, but it’s very hard to find a good pair of jeans.

The movies are based on Jenny Han’s books, and it’s fun spotting her cameos in each sinema — what has your relationship with her been like for the past few years?

She’s like my sister. We’re always on the phone for hours and hours. When we first were talking years ago, she said, “I just want you as Lana and as a young Asian-American girl to have the same opportunities that Jennifer Lawrence as Katniss would have or Kristen Stewart as Bella from ‘Twilight.’” And that was before we even knew we would have three movies. I’ve never had anyone say that to me, particularly as an Asian-American actress — almost to the point where I was like, is that even possible?

Next up for Condor is a Netflix comedy series that she’s set to star in and executive produce.Credit…Ricardo Nagaoka for The New York Times

Was that representation aspect top of mind for you when making the movies? Did it add any extra pressure?

I read the book immediately before the audition, and that’s when I was like, OK, this I have to have. Because this is an Asian-American girl falling in love and this is something we need to see.

But when we were making the movies, it almost was like I was just being Lana. Because ultimately, it’s about a young girl falling in love and showing that anyone can fall in love. So I think that it was in my mind, but it also wasn’t. Because I don’t walk around in life like, Asian Lana going to the store, Asian Lana going to pick up food, Asian Lana walking my dog.

We’ve reached the end of what Jenny Han has written for Lara Jean. But do you see a scenario in which we might see more of this story unfold, or in which you might play this character again?

I think never say never. [But] the third is all I know. To me, that’s the ending. But I would really like to see Lara Jean and Peter in their mid- to late 20s. Like they’ve gone through college, and I want to see what they’re like in the work space. I have this dream that Lara Jean is working in some realm of literature, I don’t know, in New York, writing, living her life. Because I personally have this feeling that they’re going to try to make it work in college, but they’re going to have to grow separately to be fully ready to come together.

But I know for a fact that they’re going to get married; they’re going to live happily ever after. I just think they might need to grow as individuals first. And then I’d love to see them meeting each other again — she’s like at a cafe writing an article for a newspaper she’s working for, and he happens to be there, and they meet again in a new way where they’re older and developed. That would be so cool. If it happens, you heard it here first.