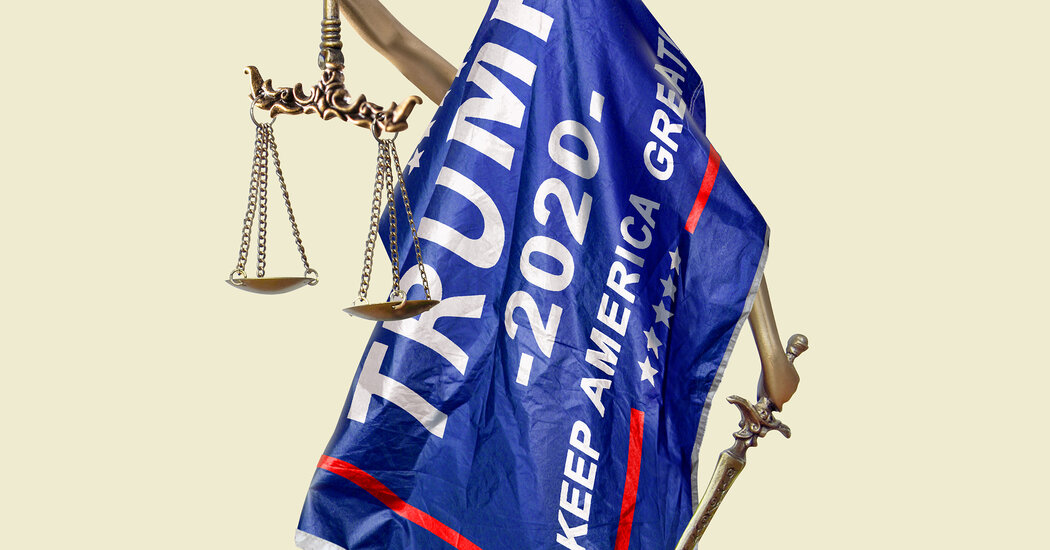 Every day, we learn more about the concerted attack on American democracy perpetuated to overturn the results of the 2020 presidential election. But the violent storming of the Capitol was only its most visible and ugly climax. What has become disturbingly and abundantly clear is that whether through former President Donald Trump’s relentless and meritless lawsuits, the plot in the Department of Justice to remove the acting attorney general, or a congressional plan in which members — including two former Supreme Court clerks — perpetuated false unsubstantiated claims of massive voter fraud, attorneys played a central role in enabling the most dangerous assault on American democracy in more than a century.

The appalling conduct of the lawyers at the highest levels of government who behaved so shamelessly in seeking to maintain Trump in office was not an aberration, but a continuation. Throughout Trump’s presidency, lawyers were centrally involved in perpetuating some of its most repugnant excesses. Attorney General Jeff Sessions helped develop the concept of family separation as a migration deterrent. His deputy, Rod Rosenstein, reportedly signed off on applying the policy no matter the age of the child. Sessions’s successor, Bill Barr, misrepresented the Mueller team’s findings and interfered with the sentencing of Trump advisers Paul Manafort and Roger Stone.

Despite this, there was little condemnation from the leadership institutions of our profession. The American Law Institute invited Mr. Barr to speak just months after his hijacking of the Mueller report, and ensured that there was no opportunity for questions from the audience. And neither judicial nor prosecutors’ associations ever issued condemnatory statements when Mr. Trump incited threats against the Black jury forewoman in Mr. Stone’s case.

The upending of norms and standards carried into the legislative and judicial branches as well. Many cabinet and judicial nominees, beginning with Mr. Sessions himself, made a mockery of the Senate Judiciary Committee confirmation process by providing misleading information on their confirmation questionnaires — which are submitted under penalty of perjury. Neither Mr. Sessions nor other nominees were held accountable for these misrepresentations. Instead, almost all were confirmed.

The Judiciary Committee — principally made up of lawyers — split along party lines, with many Republican lawyer members recommending the confirmation of Federal District Court nominees who had no discernible litigation experience, and of Appellate and District Court nominees who received rare “not qualified” ratings by the American Bar Association.

During their confirmation hearings, over two dozen Trump administration nominees to the federal bench refused to say that the landmark school desegregation case, Brown v. Board of Education, was correctly decided — despite universal acceptance that Brown is fundamental to the rule of law itself.

Just as the president, members of Congress, and insurrectionists must be held accountable for their actions, the meşru profession must urgently take collective stock of why so many prominent yasal institutions and leaders were embroiled in supporting one of the most corrupt and destructive presidencies in our history.

There is precedent for this kind of institutional reckoning. The South African Truth and Reconciliation Commission (T.R.C.) hearings were a wrenching, but necessary confrontation with the brutal reality of apartheid. These hearings — which unfolded before a küresel audience — were remarkable for their frank, honest, and terrifying accounts of abuses committed by the white supremacist apartheid regime. The T.R.C. hearings were regarded as a necessary confrontation with the full measure of widespread complicity with apartheid, as the country set a new course toward a democratic future.

One of the most important, but less well-known efforts of the T.R.C. was its institutional hearings, which examined civil society’s role in perpetuating the apartheid regime’s abuses. The three days of kanunî system-focused proceedings were the most riveting of the institutional hearings — and among the most controversial.

The T.R.C.’s kanunî hearings offer a useful way of thinking about how our yasal system might confront actions taken during the Trump administration. Rather than a government-created tribunal, though, our profession should be prepared to examine its own conduct in this period that has brought us to the brink of democratic collapse — and make bold changes to strengthen its foundations.

It begins with a recognition that in a world in which raw power has come to transcend the unspoken code of civility and integrity among political lawyers, more is needed than the mere expectation that lawyers in government will behave honorably. The tenure of Bill Barr makes clear that the presumption that the Department of Justice will maintain an appropriate measure of independence from the White House can simply no longer be left to the personal ethics of individual attorneys general. We need a revision of the rules that govern recusal by attorneys in the Department of Justice. An independent nonpartisan tribunal of ethics experts should be empaneled to issue recusal advisories and orders for the Department of Justice’s leadership.

The Model Rules of Professional Conduct bar attorneys from abusing the meşru process, and yet for weeks on end a cohort of attorneys — including attorneys general from 17 states who supported the Texas lawsuit seeking to delay the election certification — did just that on the president’s behalf following his electoral loss in November. Is it enough that nearly every judge they faced booted out their cases unceremoniously? Is that sufficient deterrence to other attorneys to refrain from the egregious conduct that unnecessarily expended court resources, but also kept alive a fraudulent narrative advanced by the president that the election had been “stolen,” which ultimately led to the violent attack on the Capitol on Jan. 6? Obviously not. Attorneys must face professional censure for such conduct, and the law firms where these lawyers serve as partners should be compelled to review their own standards for leadership.

Without question, these changes will be difficult and controversial. But we must have a full accounting and examination of our profession’s role in contributing to the erosion of our democracy. Even now, the outcome of Mr. Trump’s second impeachment trial will depend on the integrity and courage of lawyers, who make up a majority of the United States Senate. As a profession we must confront ourselves if lawyers are to be worthy of the mantle of leadership that is so routinely and unquestioningly conferred upon us, and if we are to protect the rule of law in our democracy.

Sherrilyn A. Ifill (@Sifill_LDF) is the president and director-counsel of the NAACP Kanunî Defense and Educational Fund, Inc. She is the author of “On the Courthouse Lawn: Confronting the Legacy of Lynching in the 21st Century.”