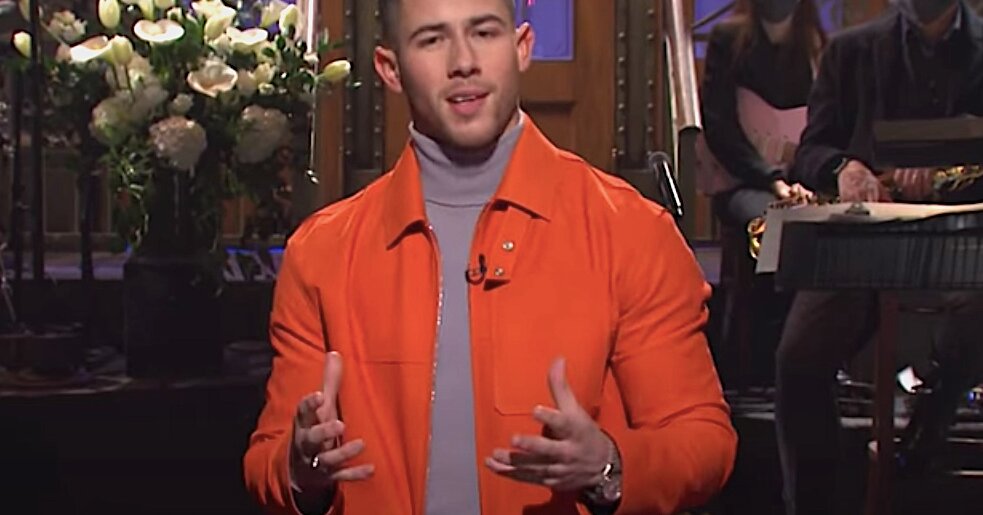 How do you get a week’s worth of political scandals and pandemic news into a single comedy sketch? And how do you find out if you qualify for a Covid vaccine and, if so, where to get one? “Saturday Night Live” attempted to answer some if not all of these questions with an opening segment about a fictional game show called “So You Think You Can Get the Vaccine,” hosted by Dr. Anthony S. Fauci.

This weekend’s broadcast, which featured Nick Jonas as both its host and musical guest, began with Kate McKinnon playing Fauci, describing herself as “America’s voice of reason and celebrity hall pass for some reason.”

She said the show would “give everyday Americans a chance to vie for vaccine eligibility,” adding: “Getting the vaccine shouldn’t be a competition, but Americans will only want to get it if it means someone else can’t.”

She then introduced the three-person panel of governors who would be approving or denying the requests of contestants, beginning with Gov. Gavin Newsom of California, whom she said was “hated by every single person in California except those 10 people he had dinner with in Napa that one time.”

Next, McKinnon introduced Gov. Andrew M. Cuomo of New York, saying that he was “currently under fire for futzing with old dead people and also the kind of sexual harassment allegations that make you go, yeah, I could see that.”

Pete Davidson, playing Cuomo, acknowledged the audience, saying, “Nice bodies, some of you.” He added, “Remember when your favorite movie was my PowerPoints? Remember, ‘Today is Tuesday’? Why can’t we go back to that?”

Finally McKinnon welcomed Gov. Gretchen Whitmer of Michigan, whom she said had “narrowly escaped being kidnapped by a group of men whose fingerprints probably had Cheetos dust on them.”

Cecily Strong, playing Whitmer, compared herself to the other governors. “People yell at them about their policies, and they yell at me, ‘Get her!’ But hey, that’s life,” she said, swigging from a beer bottle.

Among the contestants that the governors evaluated were Heidi Gardner as a woman who said she was a frontline worker because, she said, “I do I.T. for the OnlyFans website so I am busy”; Ego Nwodim as a woman dressed in a gray-haired wig, but who still suspiciously uses the word “stan”; and Bowen Yang as a man claiming unconvincingly to be a smoker from New Jersey.

All of them were declared ineligible, though Melissa Villaseñor, playing a pregnant woman, was told she could receive a trial Kirkland Signature vaccine developed by Costco that came with a free pack of 24 hot dogs.

Aidy Bryant made a return appearance as Senator Ted Cruz, delivering quips about Cruz’s recent vacation scandal. “It is great to be back in New York City,” she said. “I’m sorry, my arms are tired. Because I just flew back from Cancún, Mexico.”

Finally, Mikey Day, playing an 85-year-old man, was deemed the first contestant eligible for a proper vaccination — provided he could make his appointment online.

Davidson told him, “But if you do feel sick, make müddet you leave the nursing home and get to the hospital. Wink.”

Bringing the sketch to a close, McKinnon said, “The power went out at a CVS nearby. The vaccines are all going to expire so it’s first come, first stab.”

Musical Theater Tribute of the Week

Here’s a bit of trivia we’ve been saving for this very moment: Before he became a nationally-known pop star, Nick Jonas was a child performer on Broadway whose résumé included roles like Gavroche in the original run of “Les Misérables.”

For his opening monologue, “S.N.L.” put that history to productive use, inviting Jonas to hisse homage to New York’s musical theater industry, which has been shuttered for nearly a year. Jonas sang the song “Drink With Me” from “Les Mis,” joined by McKinnon, Strong, Kenan Thompson and Beck Bennett, who updated some of the lyrics for the current pandemic moment. Sing along now: “Here’s to spending 50 weeks in our beds / here’s to making friends who live your head …”

Personal Pastime of the Week

Another musical segment featured Chloe Fineman, Nwodim, McKinnon and Villaseñor as women who find themselves alone in their homes and decide to indulge in their favorite form of self-care: zoning out in front of the TV while watching murder shows. Paying tribute to this plentiful documentary form, Villaseñor rhymed, “Severed limbs found on a beach on Chula Vista / But I just kind of stare while I eat a piece of pizza.” Nwodim and Fineman shared a verse: “Dig up some bodies and do an autopsy? / Boring — wake me up when it’s Munchausen by proxy.” And McKinnon rhymed, “Bodybuilder chopped up an old lady / I watch it while I text my sister ’bout her baby.” Jonas got in on this number, too, playing Fineman’s boyfriend, who returns to inform her there’s something even better than murder shows: cult shows.

Weekend Update Jokes of the Week

Over at the Weekend Update desk, the anchors Colin Jost and Michael Che riffed on the House’s vote to pass a $1.9 trillion coronavirus relief package.

Strong returned in her role as Representative Marjorie Taylor Greene of Georgia, who at the start of the month was stripped of her committee assignments for spreading misinformation and endorsing violence on social media, and who was criticized earlier this week for hanging a sign outside her Congressional office that read, “There are TWO genders: MALE & FEMALE. Trust The Science!” (Her workplace neighbor Representative Marie Newman has a transgender daughter and had placed a transgender pride flag outside her own office.)

In her segment, Strong described herself as “Congress’s It girl,” which she explained was a reference to “It, like the evil clown that preys on children.” Strong revealed that she was wearing a T-shirt bearing the misspelled slogan “TRUST THE SIENCE,” because, as she said, “I love science. I’m always talking science, OK? Unless that science is about climate change, coronavirus, space lasers, evolution, the metric system, the rhythm method, breastfeeding, living on Mars, Jesus’ skin color or Santa’s skin color, by the way, which is white.”