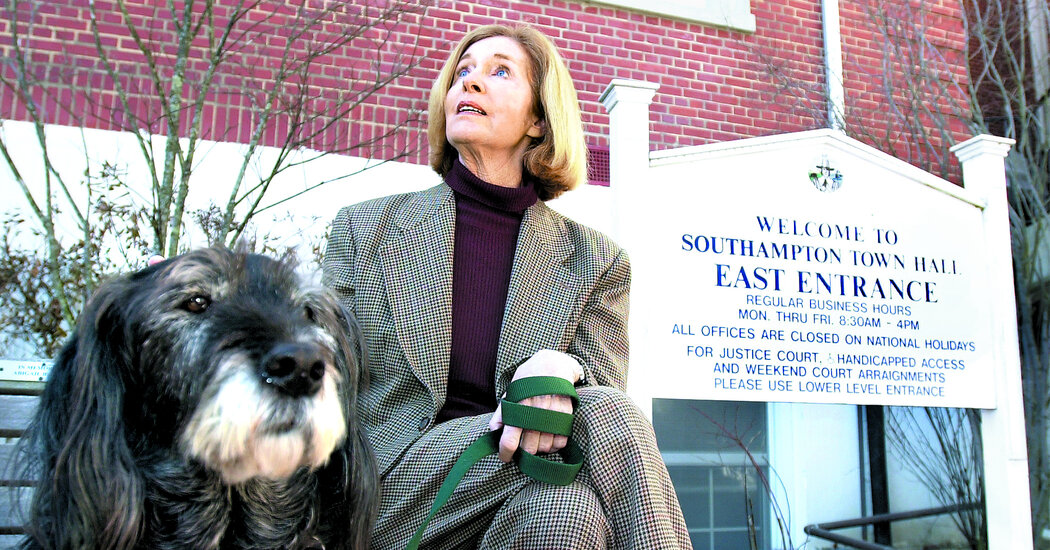 Patricia Lynch, an investigative television journalist who specialized in exposing cults and their leaders, including Lyndon LaRouche, a political extremist who ran for president eight times, died on Feb. 3 at her home in Manhattan. She was 82.

The cause was complications of Alzheimer’s disease, said William O. Wheatley Jr., her former boss at NBC.

Ms. Lynch was one of the first women to be named an investigative producer for “NBC Nightly News,” joining its investigative unit in 1977. In nearly 20 years at NBC, she won two Emmys and shared in an Alfred I. duPont-Columbia University award for investigative journalism.

Ms. Lynch focused on consumer-oriented issues and notably produced a series on abuses in nursing homes. But she also became interested in fringe groups that were run by charismatic leaders and that had developed reputations for bizarre activities or beliefs.

In one instance she reported extensively on the Rev. Jim Jones, who led more than 900 members of his People’s Temple of Disciples of Christ to mass suicide in the Jonestown massacre in Guyana in 1978.

Her best-known work was her coverage of Mr. LaRouche, a perennial presidential candidate who started out on the far left of the political spectrum and moved far to the right. He was at the peak of his power in the mid-1980s, when he moved his headquarters to a large rented estate in Northern Virginia, patrolled by men with semiautomatic rifles.

In two reports in 1984 for “First Camera,” a short-lived NBC news magazine program, Ms. Lynch maintained that Mr. LaRouche was, as she recounted in a 1985 article in The Columbia Journalism Review, “the leader of a violence-prone, anti-Semitic cult that smeared its opponents and sued its critics.”

Former LaRouchians, as they were called, told her that their leader had talked about assassinating President Jimmy Carter. After Ms. Lynch’s reports were broadcast, LaRouche adherents picketed NBC, carrying signs that said, “Lynch Pat Lynch.” She received at least one death threat, and her parents’ Long Island neighborhood was littered with fliers saying that she was running a call-girl operation from their house.

Mr. LaRouche filed a defamation suit against NBC. When a federal jury rejected his claim, NBC countersued, accusing the group of engaging in dirty tricks and impersonating Ms. Lynch to sabotage her reporting.

The jury awarded the network $3 million in damages, an amount later reduced to $258,000.

“She was an aggressive reporter,” Mr. Wheatley, who became executive producer of the “NBC Nightly News,” said in a phone interview. “She was fearless and had a very strong sense of right and wrong.”

Patricia Kathleen Lynch was born on March 5, 1938, in the village of Floral Park on Long Island. Her parents, Harold and Violet Lynch, were teachers in the New York City school system.

Ms. Lynch attended the now-closed College of New Rochelle, majoring in English and graduating in 1959. She received a master’s degree in English from Boston College in 1961.

She left NBC in the early 1990s and became a freelance writer. She left no immediate survivors.

Ms. Lynch, who had a second home in Southampton, N.Y., volunteered at two animal shelters on Long Island’s East End but was later banned from both after she publicly criticized their euthanasia policies and made a documentary sinema critical of the Southampton town animal shelter.

She sued the shelter saying she had been banned in violation of her First Amendment right to speak out. In 2007, the court ruled in her favor. The decision was upheld on appeal and established the precedent that volunteers should be afforded the same rights as paid employees.

“I only did any of this for the animals,” Ms. Lynch later said. “As a journalist, I am used to the heat.”