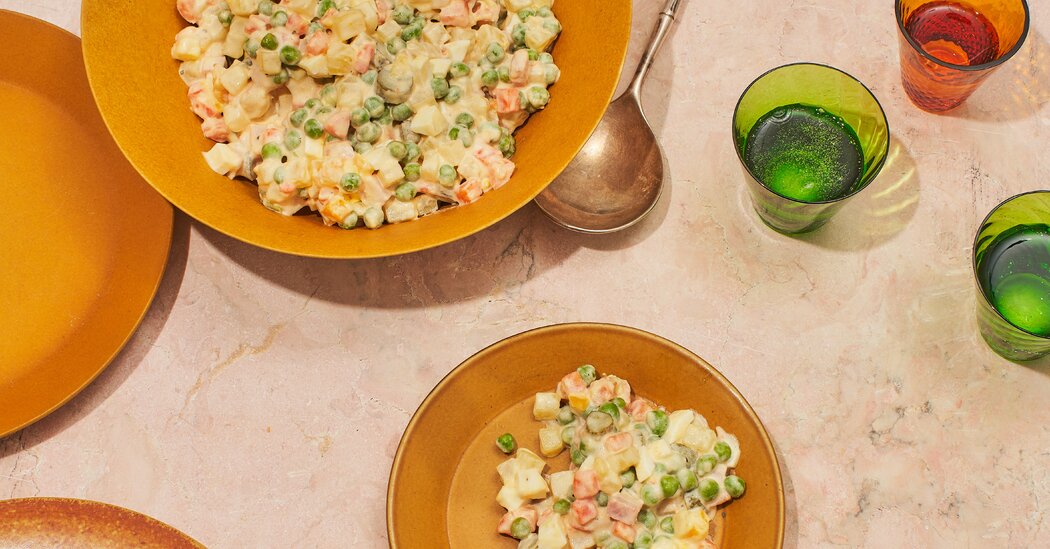 There’s a Serbian restaurant at Avenue C and Seventh Street, far over on the east side of Lower Manhattan; you can’t take a subway there. The wind blows hard off the East River in winter, and there’s a massive Con Edison facility that billows relentless white steam clouds into the sky. It’s a rare pocket of New York City that hasn’t been gentrified; a stretch that still gets dark after dark. The warm, dimly lit 36-seat spot is a kafana, the generic name for “cafe” in Serbian — and it’s called Kafana, which announces the gruff charm of the place. It’s like naming your dog Dog.

The owner, Vladimir Ocokoljic, was trained in interior design but decided to open his restaurant when his parties at home grew too big: “We would invite people over for Slava” — Saint’s Day — “and it would grow bigger and bigger until one time, it was a snowstorm and there were people outside the building waiting to come into my small New York apartment!”

The food is straightforward and unpretentious: grilled meats and fresh sausages and crunchy chopped salads of cucumber and tomato and onion. All the wines are varietals from the Dalmatian coast and the mountains and the valleys of Slovenia, Macedonia, Bosnia-Herzegovina and Montenegro. Many of the labels are written in Cyrillic, with its gorgeous top hooks and ligatures and swinging tails. I always have to ask for help not only choosing but also pronouncing.

Since it opened in 2008, the place was always packed to overflowing, with folks waiting on the sidewalk. A young Croatian friend who was daunted by her move to New York City from Michigan last year wound up finding her first apartment just two blocks away, and when she discovered Kafana, she said she instantly “felt a sense of home.” The live folk music on Friday nights made her feel as if she were sitting on a bench in Dubrovnik sipping rakia with her family.

Obviously, because of Covid, that party’s over. In order to scratch through the winter, Vladimir and his wife, Masha, signed up with delivery services, and for the very hardy, they moved a few tables outside. At least they could serve their Russian salad, a beloved holiday dish of the largest, most festive parties. The Russians call it Olivier salad, after the chef who popularized it at Hermitage restaurant in Moscow in the second half of the 19th century, when it originally had quail and partridge and tongue in the mix. But it’s as popular in Turkey, where it’s called French salad, and in Denmark, where it’s called Italian salad, and as a regular part of tapas spreads in Spain, where it’s called little Russian salad.

In spite of its many iterations — some people add chicken and others even use bologna — it’s commonly understood to be, at its core, a potato salad with carrots and peas and hard-boiled egg and pickles, with a mayonnaise-based dressing. With my first trial delivery from Kafana, I got my usual favorites — the tasty sausage patties called cevapi and the phyllo-wrapped cheese pie gibanica, but I was floored by the Russian salad. I couldn’t stop eating it. It was so refined and fresh in the mouth. The peas popped. The egg was tender, not rubbery. For a dish that can often be stiff and gluey, this one was practically juicy. There’s a great ratio of vegetables to potatoes, and all the ingredients are diced so small and evenly, making the whole thing feel light, even delicate. I finished the container and even thought of it wistfully the next day. I emailed Masha, wondering if maybe it was some other dish, a Serbian specialty I didn’t know. But she assured me it was Russian salad: “Yes, Vladimir is our Russian-salad person : ))).”

Vladimir does not give instructions or exact weights or measurements. He just says: “Darling, it’s very simple. We put a quart of each. Chop everything to same size. Boiled ham. Boiled carrots. Boiled peas. Boiled eggs. Pickles. Do not use sweet pickles or dilled — use cornichons or better even: gherkins!” That careful knife work makes the difference; never mind that he puts it to rough use every year as a New Year’s Day hangover cure, piled onto crusty bread alongside stuffed cabbage rolls, to eat while he recovers on the couch watching “Hair” on television. Knowing that every Serbian family has its own riff on the salad, I felt free to indulge my own and added some of the cornichon brine to the mayonnaise dressing for extra spark and used a waxier potato than the russets he buys.

Vladimir’s usual recipe makes twice this amount, because it’s meant for the kind of parties he is used to throwing, the kind that drove him to open a restaurant in the first place. “So all the people can come in!” he says. Someday soon, I hope we’ll be lining up on the sidewalk. While we wait, I’ll make this recipe.