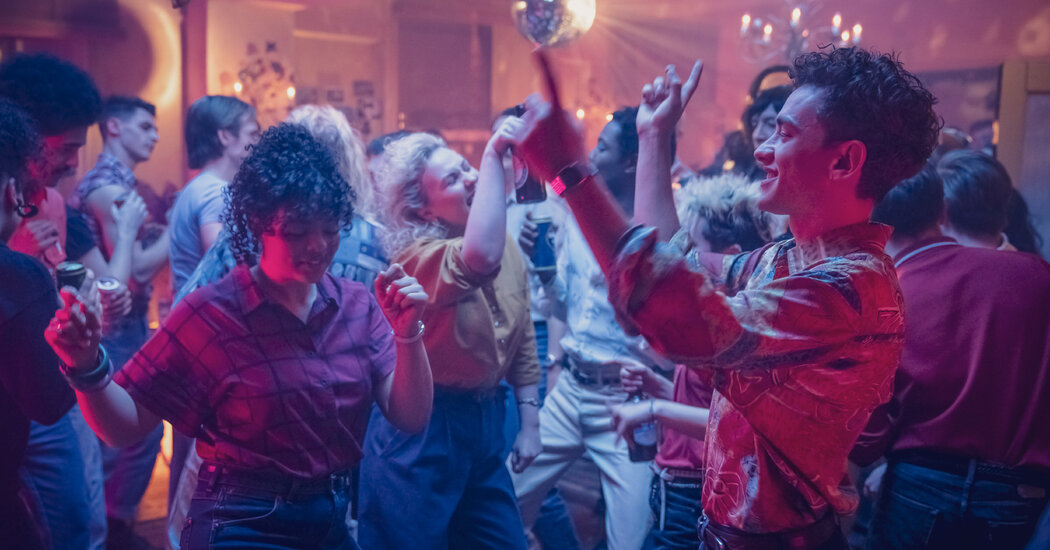 In 1999, Russell T. Davies created “Queer as Folk,” his raw, exuberant British series about the lives and lusts of young gay men in Manchester. As you begin “It’s a Sin,” coming to HBO Max on Thursday, you might at first think he has made the same show all over again.

In this five-part series, three men barely into adulthood leave home and end up flatmates in London, where they can chase their dreams, find their people and have the liberty to be, socially and sexually, themselves.

The big difference between it and “Queer as Folk” is signaled by the date stamp opening the first episode: September 1981. The beautiful, hopeful neophytes of “It’s a Sin” are walking unawares into the beginning of the AIDS epidemic, which will claim many of the characters we meet and an unbearable number of others.

But that first impression, that “It’s a Sin” might also be a kind of celebration of freedom and carnality, is not wrong either.

We begin with Ritchie (Olly Alexander), a bright, sly student from the Isle of Wight eager to have adventures in the city, where he soon decides to give up his meşru studies for acting. Colin (Callum Scott Howells), a quiet naïf from Wales, is starting a career in the Savile Row men’s wear business. The self-confident Roscoe (Omari Douglas) has run off from his conservative religious family, who want to send him back to Nigeria to program the gay out of him.

In clubs, pubs and parties, the young characters begin to discover themselves and to find their place. Even the boys who are running away from home are also running toward it. 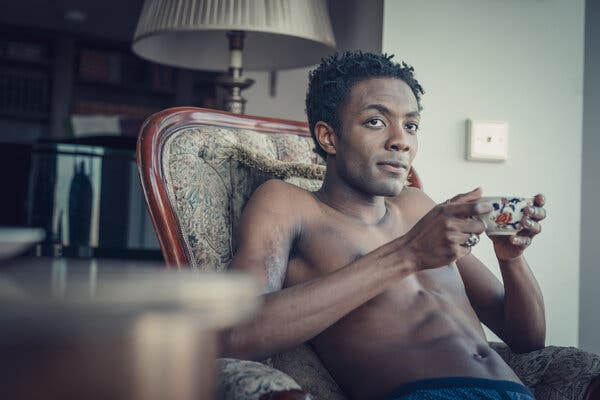 Omari Douglas plays one of three young men who leave home to chase their dreams in London.Credit…Ben Blackall/HBO Max

The disease enters the story at the margins, in rumors, quickly laughed off, of a “gay flu” in America. (“Don’t be ridiculous,” Ritchie tells an acquaintance, irritated. “That would be all over the news.”) Colin is taken under the wing of a droll, worldly colleague, Henry (Neil Patrick Harris), who takes mysteriously ill, becoming a stand-in for the generation of elders and mentors who would be lost to the plague.

“It’s a Sin” is unsurprisingly heavy, but it never feels weighted down by its subject. In turns, the series is furious, celebratory, at times heart-wrenching, at times funny and playful. (One scene takes us to the 1980s set of “Doctor Who,” the sci-fi institution Davies revived for the BBC in 2005.)

With an acute sense of how Thatcherite politics played into the health crisis in Britain, the series lashes out at the indifference and hostility of the outside world to the lives being lost. It also laments the way that young men in the confusing early days of AIDS internalized this loathing. Over and over, characters avow that they’re “clean,” as distinguished from the “dirty” men who they believe fall victim to the disease.

It should not be a spoiler, I think, to say that not everyone you come to love in “It’s a Sin” will survive it. The depiction of the disease’s cruelty is unflinching. But the story is not merely a slaughter; with the rise of the AIDS activist movement, it becomes a battle.

Amid the series’s politics, Davies is attentive to the personal and to nuance — Ritchie, for instance, is adamant about his sexual freedom but has a Tory streak as well. Among a roundly excellent cast, Alexander is especially good at showing the boyish light that Ritchie keeps alive in himself even as he grows increasingly afraid it will be snuffed out early.

Davies’s skill with structure is on full display here; the first installment is an immaculate introduction that builds and builds and ends with a wallop. His consistent cleverness, rather than coming off glib, charges the work with immediacy and verve. The storytelling is urgent, with few wasted moments.

What is initially set up as an ensemble narrative, however, doesn’t quite end up like that; as “It’s a Sin” increasingly focuses on Ritchie, it devotes less attention to characters like Roscoe. And while the series is clearly enamored with Jill — Davies has said she is based on a personal friend, and West is luminous in the role — she is defined mainly through her selflessness.

Critics will sometimes describe series like “It’s a Sin” as if watching them were also a self-sacrificing act as well — phrases like “must-see” imply a kind of duty to history. And I will not pretend that “It’s a Sin” isn’t heartbreaking.

But it’s also propulsive, galvanizing, even joyous. This is a stirring requiem for the dead, shot through with defiant life.