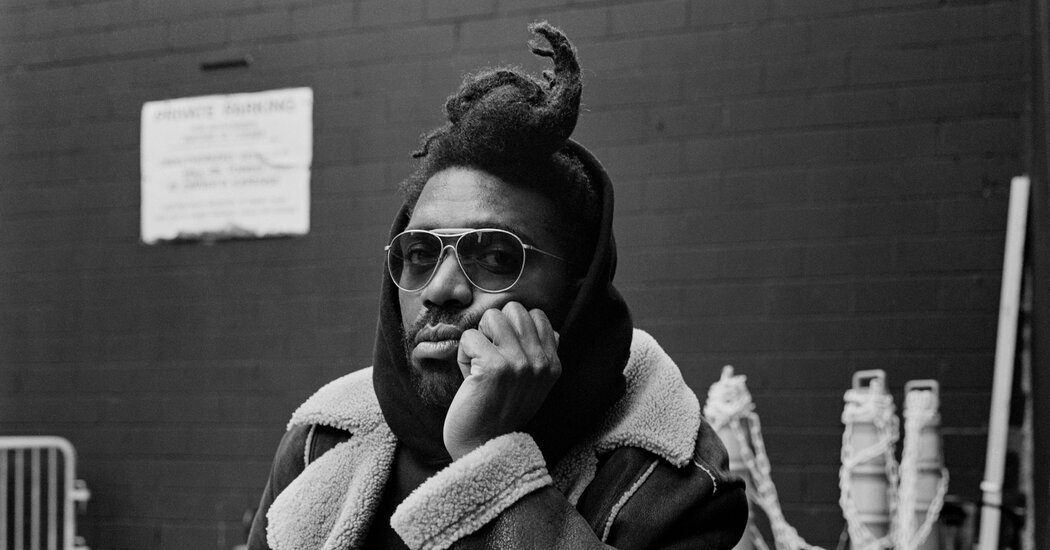 Shaka King was feeling depressed. It was his last scheduled day at the 2013 Sundance Sinema Şenlik, and the trip hadn’t gone well. King’s directorial debut, a bittersweet comedy about the misadventures of a marijuana-addicted couple called “Newlyweeds,” had been rejected by seemingly every major company in Hollywood. “Newlyweeds” had cost King and his investors six figures, but it eventually sold, to a small Canadian distributor, for just $25,000 — a result that still leaves a bad taste in his mouth. Even the weather seemed to be against King — a nasty snowstorm in Park City, Utah, had grounded his flight home to New York, leaving him stranded in town for a deflating extra night.

At his hotel that evening, King happened to run into another first-time filmmaker, Ryan Coogler, whose flight had also been canceled. Coogler’s experience at Sundance was virtually the opposite of King’s — he’d just won the top prize for his feature “Fruitvale Station.” But the two men, among the very few Black directors at the şenlik, had noticed each other while making the rounds. They decided to meet up for dinner.

“You make fast friends with Shaka,” Coogler, who went on to direct “Creed” and “Black Panther,” told me recently. “He’s hilarious and smart and charismatic — you just want to be around him.”

Though his experience at Sundance had been a disappointment, that friendship would eventually lead to the kind of sensational career breakthrough King had hoped for, one that few filmmakers — and even fewer filmmakers of color — ever experience. 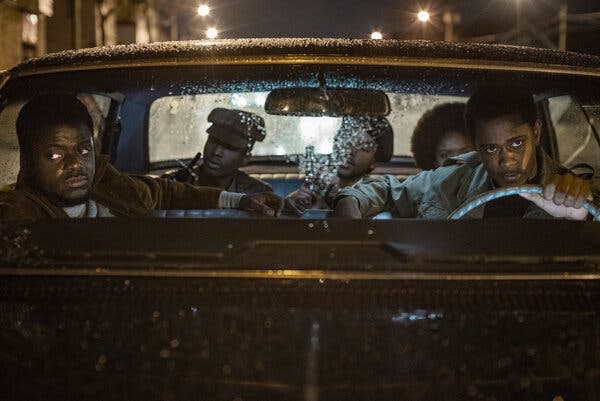 On Friday, his second sinema, “Judas and the Black Messiah,” which he and Coogler produced along with Charles D. King, arrives in theaters and on HBO Max as one of the most anticipated movies of the year. Its stars — Daniel Kaluuya as the Illinois Black Panther Party leader Fred Hampton, and Lakeith Stanfield as the misguided informant William O’Neal, who helped the F.B.I. orchestrate his killing — seem all but destined for Oscar nominations. And the reviews have sung King’s praises, with A.O. Scott writing in The New York Times, “While King’s fast-paced direction doesn’t spare the suspense, it also makes room for sorrow, anger and even a measure of exhilaration.”

But the more remarkable achievement may be that the sinema — a pointed fable about the historic embrace of white supremacist violence in the United States government, backed with the imprimatur and promotional might of a major studio — exists at all. It announces the arrival of an unconventional new voice, and could serve as a test of a bold strategy to route a racial justice revolution through Hollywood.

KING, 40, IS TALL with an unruly coil of dreadlocks; a short, fleecy beard; and gentle eyes behind gold, oversized aviator eyeglasses. He speaks with a relaxed, Brooklyn accent (he was born in Crown Heights and raised in Bedford-Stuyvesant) and in long paragraphs that loop impulsively from one interesting (or comical or disturbing) anecdote to the next.

He took a winding path to filmmaking. As a teenager, he worked as a stagehand on a local play written and produced by his parents, full-time public-school teachers whom King described as “very Afrocentric.” He hated the work at the time — his real passions were rap music and basketball — but discovered his own love of creative writing in a high school short-fiction class.

King’s first feature, “Newlyweeds,” with Trae Harris and Amari Cheatom, played at Sundance, but it sold for far less than it cost to make.Credit…Daniel Patterson/Phase 4 Films

“I was a low C, D student until I did well in that class,” King told me, on the curbside patio of a cafe in Williamsburg in January. “I hadn’t been good at anything in a long time. It helped make me want to get my act together.”

King turned his grades around and went to Vassar College. He was spinning his wheels as a political science major when his roommate, Kristan Sprague, encouraged King to join him in a film-production course. The two imagined themselves following in the footsteps of their hometown sinema heroes Martin Scorsese and Spike Lee. While still in school, they made a documentary called “Stolen Moments” about hip-hop and capitalism (King directed, Sprague edited) and have been frequent collaborators ever since, including on “Newlyweeds” and “Judas and the Black Messiah.”

“He would get excited by movies that he felt weren’t cookie cutter, that were challenging to the audience while still being entertaining,” Sprague told me. “We would talk about things like ‘Dog Day Afternoon’ and how a story could take surprising shifts in direction and tone.”

After graduating, King worked for several years as an after-school tutor and youth counselor in New York while writing screenplays on the side. In 2007, he was accepted to New York University’s graduate sinema program, where he studied the work of Sidney Lumet, Bong Joon Ho and Robert Altman.

“Newlyweeds,” his thesis sinema, reflected his talent for blending moments of naturalistic intimacy with more stylized genre sequences. In one scene, a morally conflicted repo man on the verge of substance withdrawal has a paranoid vision of his girlfriend getting overly cozy with a co-worker. King shot the vision like a ’70s horror sinema: the frame rate switches to slow-motion as the camera zooms in, lingering on the characters’ eerily half-lit, maniacally laughing faces.

Many studios made what the producers considered lowball offers for “Judas.” King said, “It was baffling to me. I’ve learned that you can’t apply logic to racism.”Credit…Andre D. Wagner for The New York Times

A SALES AGENT who declined to represent “Newlyweeds” at Sundance in 2013 gave King some feedback that puzzled him. “He said he couldn’t sell the sinema because there weren’t any famous Black people in it,” King said. “I was like, ‘This is Sundance — the şenlik that breaks talent. I don’t know who any of these white people are in these movies.’”

That experience, and the success of Jordan Peele’s “Get Out” (2017), helped convince King that he would have to be more tactical if he wanted to make challenging movies about Black people in Hollywood. The trick seemed to be to work, at least nominally, within a genre that had undeniable commercial potential.

In 2016, he got the idea for what would become “Judas” while hanging out with Keith and Kenny Lucas, of the comedy duo the Lucas Brothers. The brothers, who had worked with King on a television pilot, thought that the story of Hampton, O’Neal and the F.B.I. would make for a powerful crime thriller: “‘The Departed’ set in the world of Cointelpro.”

“I thought it was the best idea I’d ever heard,” King recalled. “I could see the whole movie instantly.”

He began work on a script, joining forces with another writer, Will Berson, who’d written his own draft of a story based on Hampton’s life. In 2017, King sent a script to Coogler, who agreed to produce the sinema under his banner, Proximity Media, and brought on Charles D. King, the Black founder and chief executive of the production company Macro, to finance half of the budget.

In several rounds of script development, King, Berson and Coogler worked to maximize the story’s entertainment value, avoiding conventional biopic formulas and restricting the plot to a few essential characters. They knew that the ideas Hampton had embodied in his short life — memorialized in fiery speeches extolling the revolutionary potential of a socialist, cross-racial movement against capitalism and white supremacy — had been written out of mainstream history books and were due for revisiting. But they wanted to position them to reach the broadest possible audience.

“Somebody might not have a direct interest in a period sinema or the Panther Party, but they might be interested in a fire movie that’s available to watch this weekend,’” Coogler said. “I felt that if we could thread both needles — the entertainment and the politics — then it would be very hard for people to dismiss the content of this movie.”

Before the filmmakers would have a chance to test their theory on moviegoers, they had to find a studio to help finance the sinema and get it on screens. Even with the pulpy script, the attachment of rising stars Kaluuya and Stanfield, and the involvement of Coogler — by then fresh from the record-setting success of “Black Panther” — the pitch wasn’t a slam dunk.

Many studios made what the producers considered obvious lowball offers. “It was baffling to me,” King said. “I’ve learned that you can’t apply logic to racism.” But they found a champion in Niija Kuykendall, the senior vice president of production at Warner Bros. and one of few Black female executives in the industry.

Studio filmmaking is an intensely collaborative process, in which the creative visions of artists on a set must plausibly be brought into line with the interests of shareholders on Wall Street. The experience took some time for King to warm to.

Before filming, he spent weeks battling with Warner Bros. executives and other producers over proposed changes to the script, including the addition of an early scene that focuses on the F.B.I. director J. Edgar Hoover (Martin Sheen).

Additional — and more personal — critical input came from a different type of stakeholder. King had initially told the story largely from O’Neal’s perspective, but after an early screening for fellow Black directors, including Barry Jenkins and Ava DuVernay, he made dramatic cuts that gave more screen time to Hampton.

For King, who’d spent nearly a decade knocking on Hollywood’s door as an outsider, the lessons were welcome.

“It took some long conversations with Ryan before I learned how to take ‘the note behind the note,’” he said. “To hear what people were asking for and figure out how to do it in my own way. Evvel I learned how to do that, the movie got better, it got bigger, it got more watchable, and it led to something even greater than what I had envisioned on my own.”