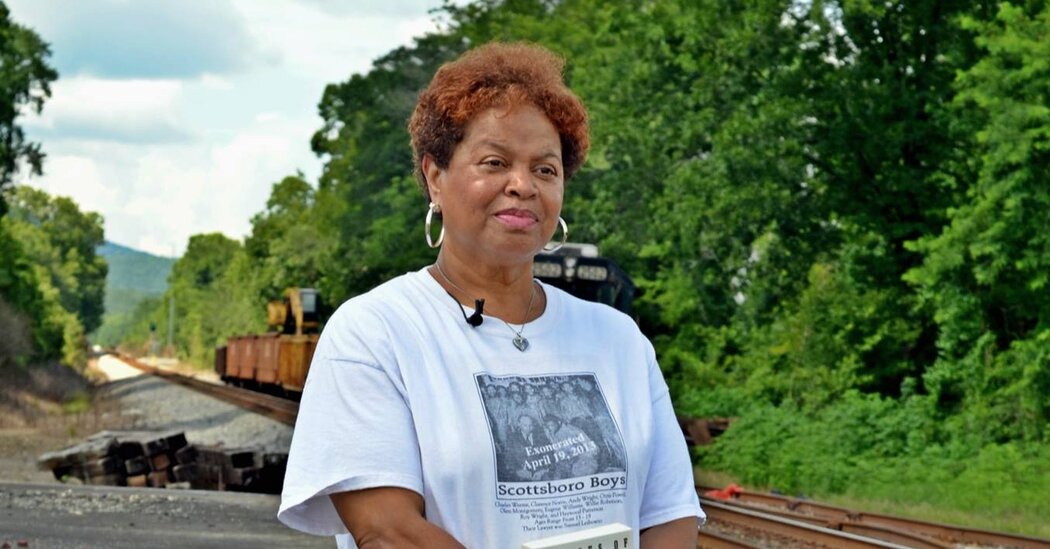 Shelia Washington was cleaning her parents’ room at their home in Scottsboro, Ala., in the 1970s when she discovered a paperback book hidden in a pillowcase underneath the bed.

The book, “Scottsboro Boy” (1950), was a harrowing memoir by Haywood Patterson, written with the journalist Earl Conrad, about Mr. Patterson’s experience as one of nine Black youths who were falsely accused of raping two white women in 1931 in a notorious miscarriage of justice in the Jim Crow South, one that set off an international outcry at the time.

Ms. Washington, then 17, started to read the book, but her stepfather, who owned it, took it away, saying it was too horrific for children. In time, she did read it, and the story seared her soul, she said. She vowed to do something about it.

“I said, ‘One day, when I get older, I’m going to find a place and honor the Scottsboro Boys and put this book on a table and burn a candle in their memory,’” she told NPR in 2020.

It took her decades, but she accomplished her goal, and more. She became the catalyst behind the creation of the Scottsboro Boys Museum and Cultural Center and then won something few thought possible — not only posthumous pardons for the defendants but also full exonerations for the history books.

Ms. Washington was 61 when she died on Jan. 29 at a hospital in Huntsville. Loretta Tolliver, a cousin and board member of the museum, said the cause was a heart attack.

Ms. Washington saw that the story of the Scottsboro Boys had helped fuel the civil rights movement decades later, and she was determined that it be recognized. 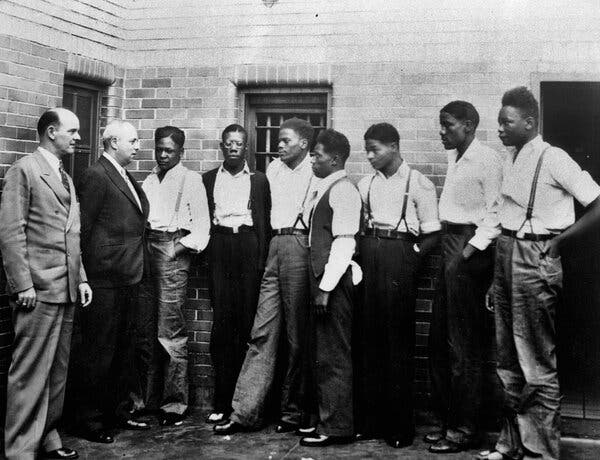 The nine young men, all under 20, were riding a Southern Railroad freight train in March 1931, most of them looking for work in the depths of the Depression and most not knowing one another, when they got into a brawl with some white hoboes who had hopped the same train.

The police arrested the Black youths on a minor charge. But when deputies questioned two white women who had been on the train, the women accused the boys of raping them. Accounts differ, but the women were facing their own charges of vagrancy and yasa dışı sexual activity stemming from an unrelated incident and apparently thought that by accusing the boys they could avoid being arrested themselves.

The defendants were all tried swiftly in separate trials in Scottsboro, a small city on the banks of Guntersville Lake in northeastern Alabama, and attracted widespread attention; by her account, Harper Lee later drew on the case as inspiration for “To Kill a Mockingbird.”

All-white juries in Scottsboro convicted each of the youths, and all but the youngest of the nine were sentenced to death. After appeals, the U.S. Supreme Court overturned the convictions, which led to more appeals, trials and retrials. Along the way, one of the white women, Ruby Bates, recanted her story, but the defendants remained behind bars.

The cases led to two landmark Supreme Court civil rights rulings — one that opened the door to allowing African Americans to serve on juries, the other ensuring that defendants had the right to adequate kanunî representation.

The sentences were eventually reduced or dropped entirely, and the defendants were freed; most of them had been incarcerated on and off for several years. But they were not declared innocent, and their names were not cleared.

Ms. Washington and others spent years planning how to honor them, and decided that the best way to tell their story would be through a museum. But they faced ardent objections.

“A lot of people didn’t want Scottsboro to be remembered for this tragedy, in both the Black and white communities but especially in the white,” Ms. Tolliver said in an interview. “It was pulling the scab off the wound.”

Over time, enough people came on board, among them descendants of some who had played pivotal roles in the case, and the museum began to take shape, in a former church near the railway tracks. It recreated the courtroom where the trials had taken place.

People began bringing artifacts and memorabilia for the exhibits, including the chair from which witnesses had testified. Given pride of place was a glass case that contained the book that had inspired Ms. Washington.

The museum (now undergoing renovations), opened in 2010 and was placed on the U.S. Civil Rights Trail.

Ms. Washington was a driving force behind establishing the Scottsboro Boys Museum and Cultural Center. Housed in a former church, it is located near the railway tracks traveled by the Scottsboro Boys’ train, and it recreates the courtroom where the original trial took place.Credit…Associated Press

Ms. Washington’s next goal was to clear the names of the Scottsboro Boys, the last of whom, Clarence Norris, died in 1989 at 76. The museum became the headquarters from which she spearheaded that campaign.

With the help of a meşru team from the University of Alabama and others, she wanted to go beyond winning pardons, which forgive an offense; she sought exonerations, which are declarations of innocence.

Ms. Washington was on the phone constantly with legislators, lawyers, community leaders and academics, and kept in contact with all the key players.

“She very strategically involved people,” Ellen Griffith Spears, an American studies scholar at the University of Alabama, who was part of the campaign, said in a phone interview.

“And she did it against considerable local opposition and no small amount of pushback from people in Scottsboro who didn’t want to bring up the past,” she added. “Everyone remained skeptical except Shelia. She just kept moving forward.”

In 2013, the Alabama Legislature voted unanimously to pave the way for the state parole board to pardon the Scottsboro defendants and for the governor to exonerate them. Gov. Robert Bentley, a Republican, signed the measures into law in 2013, in a ceremony at the museum.

“This has been a long time coming,” Mr. Bentley said at the time. “But it’s never too late to do the right thing.”

Ms. Washington in 2010 at the Scottsboro Boys Museum and Cultural Center, the year it opened. Credit…Associated Press

Shelia Edwonna Branford was born on Jan. 27, 1960, in Scottsboro to Eugene Branford and Betty (Johnson) Branford; her parents soon divorced. Her mother, who became a minister, married James Nicholson, an elder of their church.

After graduating from Scottsboro High School in 1978, she worked in Scottsboro City Hall for 22 years, having stints as secretary to the mayor. She also worked for the Scottsboro Parks and Recreation Department, where she created a youth center; it is now a boys and girls club and a hub of activity with after-school programs.

She married Ferry Washington, a former policeman and a factory worker; the marriage ended in divorce. Ms. Washington is survived by a son, Marques; a daughter, Emily Dowdy; four grandchildren; one great-granddaughter; and six sisters.

Ms. Washington continued to bring school groups and others to the museum, educating new generations about the Scottsboro Boys. And last summer she backed a group that wanted to stage a Black Lives Matter demonstration in reaction to the police killing last year of George Floyd in Minnesota.

“Shelia said, ‘We need to do this,’” Dr. Spears recalled of the march, which was peaceful. “She said, ‘This is Scottsboro, and it’s really important that we have this march here.’ She understood the significance of Scottsboro’s history in a very deep way.”