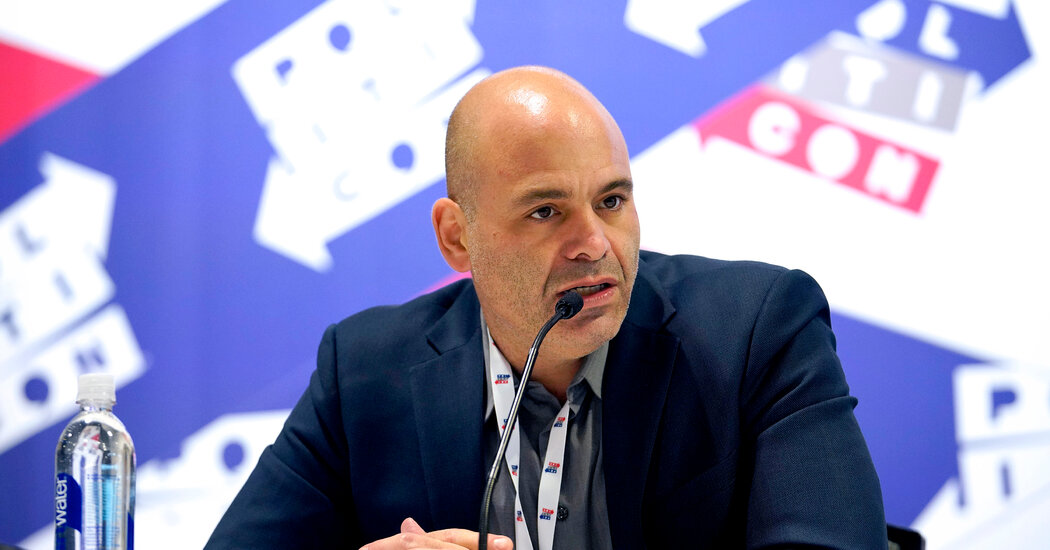 The online publication Slate has suspended a well-known podcast host after he debated with colleagues over whether people who are not Black should be able to quote a racial slur in some contexts.

Mike Pesca, the host of “The Gist,” a podcast on news and culture, said in an interview that he was suspended indefinitely on Monday after defending the use of the slur in certain contexts. His made his argument during a conversation last week with colleagues on the interoffice messaging platform Slack.

In a lengthy thread of messages, Slate staff members were discussing the resignation of Donald G. McNeil Jr., a reporter who said this month that he was resigning from The New York Times after he had used the slur during a discussion of racism while working as a guide on a student trip in 2019.

Mr. Pesca, who is white, said he felt there were contexts in which the slur could be used, according to screen shots of the Slack conversation that were shared with The Times. Slate’s chief executive, Dan Check, stepped in to shut down the discussion.

Katie Rayford, Slate’s spokeswoman, confirmed that “The Gist” had been suspended indefinitely, pending an investigation, but would not comment on Mr. Pesca. “While I can’t get into specific allegations that are under investigation,” Ms. Rayford said, “I can confirm this was not a decision based around making an isolated abstract argument in a Slack channel.”

In November 2019, Slate introduced a policy that required podcast hosts and producers to discuss the use of racist terms in a pending episode, in or out of quoted material, before recording it.

Mr. Pesca explored the argument over the use of the slur in a 2019 podcast about a Black security guard who was fired for using it. In an early version of the episode, Mr. Pesca said, he used the term while quoting the man. After consulting with his producers and his supervisor, who objected to his quotation of the slur, he rerecorded the episode without it, he said.

“The version of the story with the offensive word never aired, and this is how I think the editorial process should go,” Mr. Pesca said in the interview.

No action was taken against him after a human resources investigation into his quotation of the slur, Mr. Pesca said. He said he had apologized to the producers involved.

Mr. Pesca said Mr. Check, the chief executive, and Jared Hohlt, Slate’s editor in chief, had brought up the previous instance of his quoting the slur when they spoke with him after the Slack conversation. He added that they had mentioned another instance of his using the term that he did not recall.

Mr. Pesca, whose interview style at times seemed to embody Slate’s contrarian brand, said he was told on Friday that he would be suspended for a week without hisse. On Monday he was informed that the suspension was indefinite and that he would either have to accept severance or be the subject of an investigation, he said.

Mr. Pesca, who has worked at Slate for seven years, said he was “heartsick” over hurting his colleagues but added, “I hate the idea of things that are beyond debate and things that cannot be said.”

Jacob Weisberg, Slate’s former chairman and editor in chief, who left the company for the podcast start-up Pushkin in 2018, called Mr. Pesca “a huge talent and a fair-minded journalist.”

“I don’t think he did anything that merits discipline or consequences, and I think it’s an example of a kind of overreaction and a lack of judgment and perspective that is unfortunately spreading,” Mr. Weisberg said.

Joel Anderson, a Black staff member at Slate who hosted the third season of the podcast “Slow Burn,” disagreed. “For Black employees, it’s an extremely small ask to not hear that particular slur and not have debate about whether it’s OK for white employees to use that particular slur,” he said.