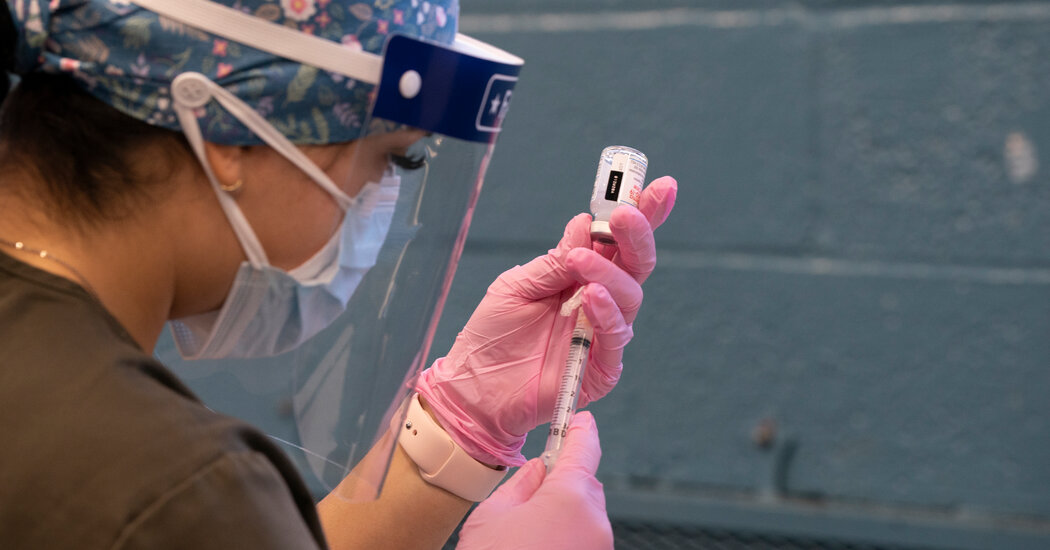 Weather: Snow mixed with rain around midday, then just rain. High near 40. 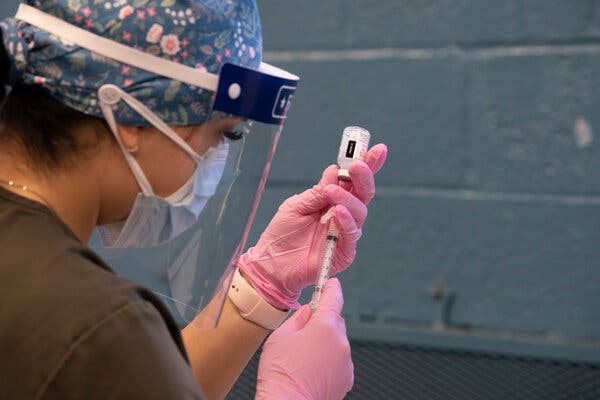 On Sunday, Gov. Andrew M. Cuomo announced that the statewide daily rate of positive coronavirus test results — a key measure of the severity of the pandemic — was 2.99 percent. It was the first time the rate had dropped below 3 percent since late November.

But Mr. Cuomo’s announcement also included a more troubling update: A person from Nassau County was confirmed to be the first resident of New York to have been infected by a more contagious variant of the coronavirus that emerged in South Africa.

Taken together, the two updates captured the state of the pandemic in New York. Even as hospitalizations and positivity rates drop, officials are struggling to vaccinate people before new variants, which might resist vaccine and spread faster than earlier versions of the virus, take hold.

“We are in a race right now — between our ability to vaccinate and these variants which are actively trying to proliferate — and we will only win that race if we stay smart and disciplined,” Mr. Cuomo said.

[The South Africa variant may be able to overcome the natural immunity of those previously infected.]

Overall, the pandemic appears to be easing in New York. After statewide hospitalizations climbed to more than 9,200 in mid-January, the number dropped to 5,764 on Sunday, Mr. Cuomo said.

The 2.99 percent daily positivity rate was less than half of the rate in early January, when the number climbed above 8 percent.

In New York City, there were several days in January when the city saw more than 280 new daily hospitalizations, and when the seven-day average positivity rate climbed past 9 percent. Those numbers on Sunday were 234 hospitalizations and a 7.31 percent average, Mayor Bill de Blasio said.

The pace of inoculations, however, is still sluggish, as the supply of doses remains limited. Despite there being more than 10 million people in New York eligible to receive the vaccine, only about 1.3 million people had been fully vaccinated as of Sunday, according to state veri.

And the recent bad weather has delayed shipments of new doses, further slowing the rollout.

Bagel Orders and Vaccine Appointments: 5 Takeaways From the Mayor’s Race

This month has been the eighth-snowiest February on record, according to the National Weather Service. [Gothamist]

The police are looking for a woman who they say stabbed a man in the back multiple times on a subway train at Penn Station. [Daily News]

In a pilot program in Harlem and East Harlem, mental health experts and emergency medical workers — and not police — will answer some 911 calls. [N.Y. 1]

And finally: A shot of culture

It seemed at first like a small, no-frills concert in a carefully controlled environment: The jazz musician Jon Batiste sitting at a piano in an auditorium at the Javits Center on Manhattan’s West Side, performing for an audience of about 50 health deva workers seated in evenly spaced rows — some wearing scrubs, others Army fatigues.

The dancer Ayodele Casel began tapping, with no musical accompaniment except a recording of her own voice, her amplified cramp rolls filling the room. And the opera singer Anthony Roth Costanzo performed “Ave Maria” in a countertenor’s angelic tones.

But about half an hour in, the performers stepped off the stage and exited the room, turning what had begun as a formal concert into a rollicking procession of music and dancing that grooved through the sterilized building — the convention center was turned into a field hospital early in the pandemic and is now a mass vaccination site — where hundreds of hopeful people had come on Saturday afternoon to get their shots.

Batiste switched to the melodica, a toylike, hand-held reed instrument with a keyboard, and the troupe of musicians — which had expanded to include a horn section and percussionists — paraded up the escalator and through the convention center, eventually reaching a high-ceilinged room where dozens of people sat waiting quietly for the requisite 15 minutes after getting their vaccinations.

This concert-turned-roaming-party was the first in a series of pop-up shows in New York intended to give the arts a jolt by providing artists with paid work and audiences with opportunities to see live performances after nearly a year of darkened theaters and concert halls.

It was my first year of college, and I was new to New York. As part of a fine-arts course, my classmates and I were sent to study various buildings in the city. Bonwit Teller, on Fifth Avenue, was one of them.

The assignment called for us to describe the building, so I crossed the street to face it and started to count the number of floors.

I must have been counting aloud, because when I got to “five,” I paused, and a woman who was walking by turned her head toward me.

“Six,” she said over her shoulder, and then continued on her way.

She was right. I hadn’t counted the ground floor.