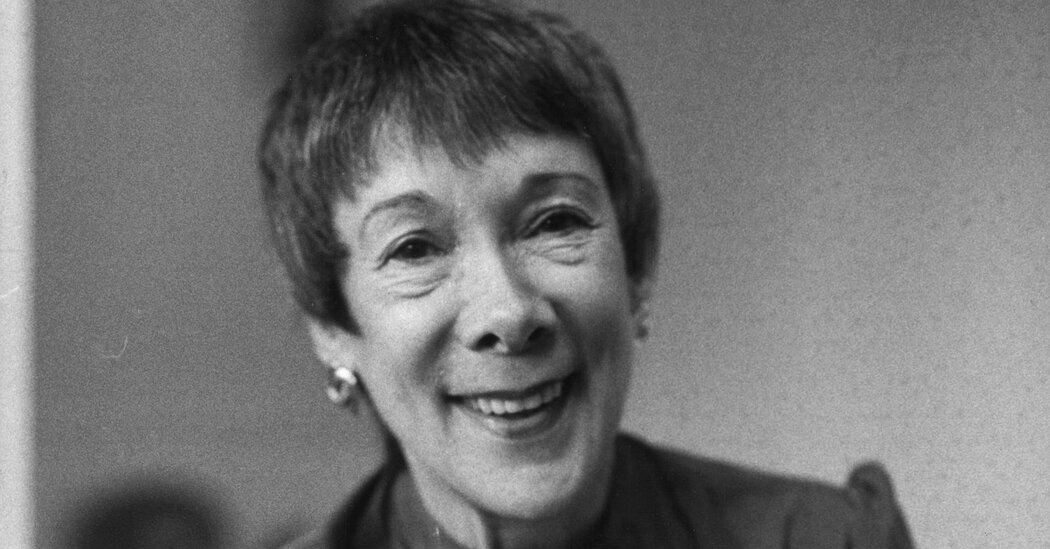 In the 1960s, New York City presented a harsh landscape for its underprivileged children. Parks were dangerous, the courtyards of crumbling housing projects could be hostile zones, and preschools were expensive. But a band of parents in Manhattan resolved to take matters into their own hands, led by a strong-willed woman named Susan Feingold, who had narrowly escaped the Holocaust as a girl.

Their grass-roots effort started off humbly enough, though it later changed the lives of thousands of New York children and became a model for the national Head Start program, an early-childhoodfederal outreach initiative for low-income families. At the time, Ms. Feingold and her fellow parents were just trying to make things better for their children, and they called their group the Bloomingdale Family Program, named after their sliver of a neighborhood on the Upper West Side.

It began with their creation of an urban oasis — an outdoor preschool classroom — in Riverside Park at West 103rd Street. They repaired a wilting playground and cleaned its bathrooms. They provided gardening classes, athletic programs and reading lessons. Racial divisions loomed large, and Ms. Feingold strove for inclusivity, handing out fliers about Bloomingdale to families on Riverside Drive and throughout the Frederick Douglass housing project nearby.

“It just grew and grew,” Ms. Feingold said in a documentary about Bloomingdale. “We all wanted a free, racially integrated play group. That’s what we wanted, which was unusual in those days, because there wasn’t such a thing. And so we all came together, and we learned to know one another, and it was quite a revelation.”

The Parks Department began supporting the group, which eventually moved its operations into church basements and a community center. In 1965, the program received a Ford Foundation grant, and a few years later word about Bloomingdale reached President Lyndon B. Johnson’s administration as it was conceiving Head Start, which became a signature initiative of Johnson’s War on Poverty. 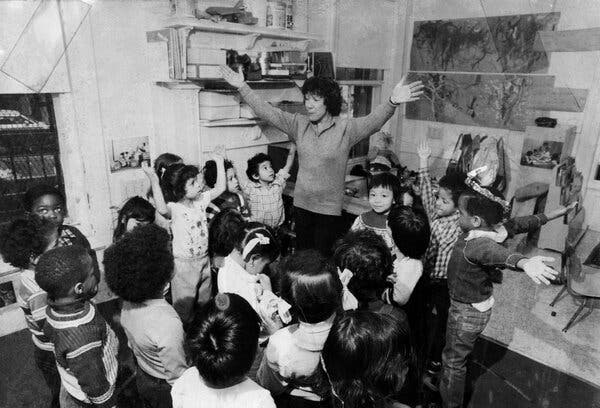 The government planners were reported to have been inspired by Bloomingdale’s success, notably in integrating volunteer parents into the classroom, and they borrowed from the program as they implemented Head Start nationally. In the late 1960s Bloomingdale became a federally funded Head Start program, and Ms. Feingold remained its director for more than 40 years.

She died at 95 on Sept. 27 at her home on the Upper West Side — a death that was not widely reported at the time. She left no immediate survivors.

With the aid of federal funding, Bloomingdale grew, with longtime volunteer parents joining its full-time staff. In the 1970s, Ms. Feingold introduced a “one to one” program, which focused on individual deva for children with special needs, eventually offering bilingual speech therapy and occupational therapy. By the 1990s, Bloomingdale had three early childhood centers in Upper Manhattan, including its Columbus Avenue site. Ms. Feingold retired in 2008.

She was invited two years later to a Jewish American Heritage Month event at the White House, where she shook hands with President Barack Obama in the East Room. She beamed with particular pride that afternoon because a former Bloomingdale child had invited her: Patrick Gaspard, the administration’s director of the Office of Political Affairs. (He later became the administration’s ambassador to South Africa.)

Mr. Gaspard’s family had moved from Haiti to an immigrant enclave on the Upper West Side in the 1970s before his parents placed him and his siblings in the Bloomingdale program.

“Bloomingdale was a refuge,” he said in a phone interview. “It gave me a sense early on that if I applied myself, everything would be all right at the end of the day. Susan had bottomless deva for us, and it was a place you went to get a ‘Yes’ in your life, when the whole world was saying, ‘No.’”

“She talked about her sense of mission,” he added. “She felt there was an injustice being carried out here against the minority population in the U.S.A., and for her that resonated with her own struggle as a child.”

Sosanna Frank was born on Dec. 17, 1924, in Krefeld, Germany, into a prosperous Jewish family. Her father, Eugen, owned a women’s department store. Her mother, Luise (Wallerstein) Frank, was a classical singer. Sosanna grew up in a house with 48 rooms, living with members of her extended family and several maids. When she was 9, she noticed that her friends were treating her differently at school.

“I used to get notes from the girls in my class saying, ‘I love you so much, but I can’t talk to you anymore,’” Ms. Feingold said in an interview with the United States Holocaust Memorial Museum in 2015. “And that was the beginning of the end.”

On the meskene of the Nazi pogroms against Jews called Kristallnacht, she was sent home from school without explanation. SS officers later interrogated her there at gunpoint about whether her family was concealing foreign money. Her parents arranged for her to be sent to England through the Kindertransport children rescue effort, and the last time she saw her mother and father was at a train station in Düsseldorf.

Placed in the deva of a foster family in England, she exchanged letters with her parents for a time — until they were taken to a concentration camp.

“In Germany we were persecuted, and I was the victim,” Ms. Feingold said in a 2010 interview. “But when I came to this country, I discovered that there was an ethnic group that was victimized here. And it really drove me to do something about it, and that realization became a big part of my life.”

She arrived in New York in the mid-1940s aspiring to become an actress. (At some point she adopted Susan as her given name.) She settled into an apartment on Manhattan’s Lower East Side and began studying with the German stage director Erwin Piscator at the Dramatic Workshop of the New School for Social Research. She appeared on Broadway with the husband-and-wife acting team Alfred Lunt and Lynn Fontanne and toured with them in the comedy “The Great Sebastians.” She married Lester Feingold, an actor and theater director, in 1948.

The couple moved to the Upper West Side with their infant daughter, Lisa, in 1960. Her daughter, who became an artist, died of an aneurysm in 2000 when she was 40. Ms. Feingold’s husband died in 2013.

Ms. Feingold during the 2000s. She remained in touch with her former Bloomingdale kids.Credit…via Bloomingdale Family Program

At her death, Ms. Feingold had lived in the same prewar apartment building on West 104th Street for more than 50 years, and well into her 80s she remained in touch with her former Bloomingdale kids.

She was always just steps away from Riverside Park, where the Bloomingdale Family Program began long ago, and she often lingered at the playground to watch the children play.