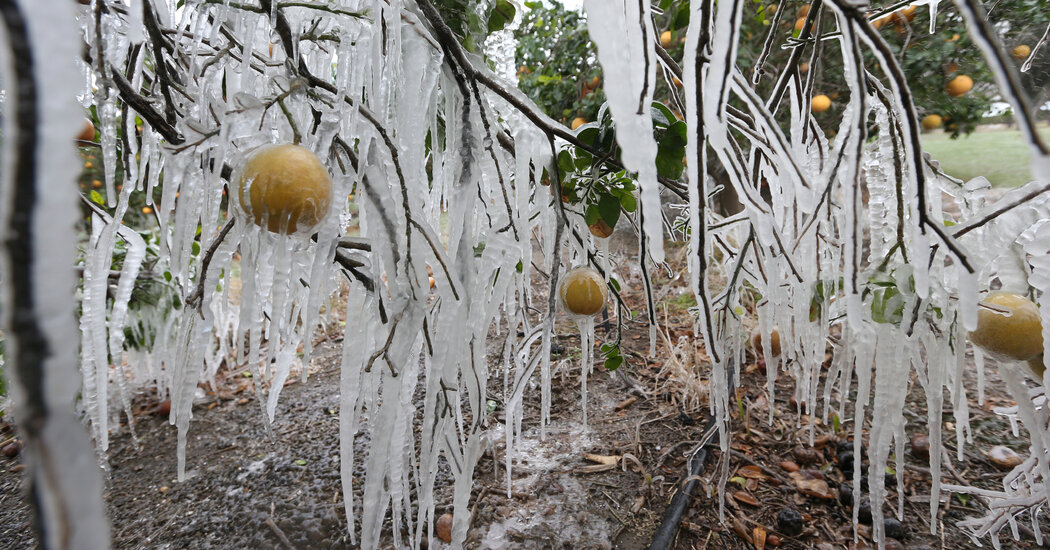 We all know by now that Ted Cruz went on vacation while Texas froze.

Over the last week, millions of Texans have suffered in the cold as workers tried to restore power amid freezing temperatures and icy conditions. So far, the official local death toll from the snow, ice and power outages stands at 24.

Rather than stay behind and help coordinate aid and federal assistance, the state’s junior senator went to Cancún, if only for a day, before widespread outrage brought him back to the United States.

Of course, Cruz is not the governor. He has no formal power in the state government of Texas. His is more a failure of optics and political leadership than governance per se.

Greg Abbott, who actually is the governor of Texas, doesn’t have that excuse. As Texans froze, he went on Fox News to falsely blame renewable energy and the as-yet-realized Green New Deal for the crisis in Texas. “This shows how the Green New Deal would be a deadly deal for the United States of America,” he said. “Texas is blessed with multiple sources of energy, such as natural gas and oil and nuclear, as well as solar and wind. But … our wind and our solar got shut down and they were collectively more than 10 percent of our power grid, and that thrust Texas into a situation where it was lacking power on a statewide basis.”

Faced with one of the worst crises in the recent history of the state, Republicans have turned their attention away from conditions on the ground and toward the objects of their ideological ire. The issue isn’t energy policy, it is liberals and environmentalists, Alexandria Ocasio-Cortez — a New York congresswoman who was a child when Texas built its first wind farms — and climate activists.

Amid awful suffering and deteriorating conditions, Texas Republicans decided to fight a culture war. In doing so, they are emblematic of the national party, which has abandoned even the pretense of governance in favor of the celebration of endless grievance.

It should be said that there’s no mystery about the collapse of the Texas electrical grid. A once-in-a-century cold front spiked demand beyond the capacity of the system as Texans turned up the heat in their homes and plugged in their space heaters. At the same time, much of the infrastructure for power in the state was disabled by the snow and ice. What do you get when you add a sudden surge of demand to an equally sudden loss of capacity? A crisis, whose roots lie in a decade’s worth of deregulation and cost-cutting, of an energy “independence” that has left the state at the mercy of the elements.

This disaster, in other words, is the fruit of policy, of specific choices made by lawmakers in Texas. And it’s this fact that helps explain the response to the crisis of Abbott and the Texas Republican Party, which has governed the state as a laboratory for conservative ideas for much of the last 20 years. When you don’t want to face the consequences of your actions as a lawmaker — when you’d rather demonize scapegoats than give answers — you fight a culture war.

But then, this is just what it means to be a Republican politician now. Accountability is out, distraction is in. You don’t deal with problems, you make them fodder for zero-sum partisan conflict. As president, Donald Trump refused to treat the coronavirus pandemic as a challenge to overcome with leadership and expertise. Instead, he made it another battle in the culture wars, from whether you wore a mask to whether you remained away from public places. He spent more time trying to racialize the virus for cheap points — calling it the “China virus” and the “Kung flu” — than he did giving guidance to the American public.

Yes, Trump is an easy target. But you’ll find the same dynamic at all levels of Republican politics. At no point during the Georgia Senate race, for example, did the Republican candidates, Kelly Loeffler and David Purdue, produce a platform to rival the detailed policy proposals of their Democratic opponents. Instead, they ran on fear, identity and fealty to Trump. “Are you ready to keep fighting for President Trump and show America that Georgia is a red state?” asked Loeffler at one campaign stop. “We are the firewall to stopping socialism, and we have to hold the line.”

This turn away from even the appearance of traditional governance is most apparent among the newest members of the House Republican caucus. Representative Majorie Taylor Greene, also of Georgia, is a glorified social media influencer, seemingly more concerned with making content for fans than bringing aid or assistance to her district. And shortly after taking office, Representative Madison Cawthorn of North Carolina announced to his colleagues that he would be building his congressional staff “around comms rather than legislation.”

In his Inaugural Address, President Biden urged “unity.” This wasn’t a call for bipartisanship. It was a plea to “lower the temperature” and to “see each other not as adversaries but as neighbors.” Politics, he said, “need not be a raging fire destroying everything in its path” and “every disagreement doesn’t have to be a cause for total war.”

Biden’s appeal stands in stark contrast with the reigning ethos of the Republican Party as it exists today. Nothing, not even a deadly crisis, will turn Republicans away from a politics that rejects problem-solving in favor of grievance-mongering.

Our system has room for two major political parties. One of them, however imperfectly, at least attempts to govern. The other has devoted its energy to entertainment. It is a tragedy for the people of Texas that at this moment of danger they have to deal with a government of showmen.