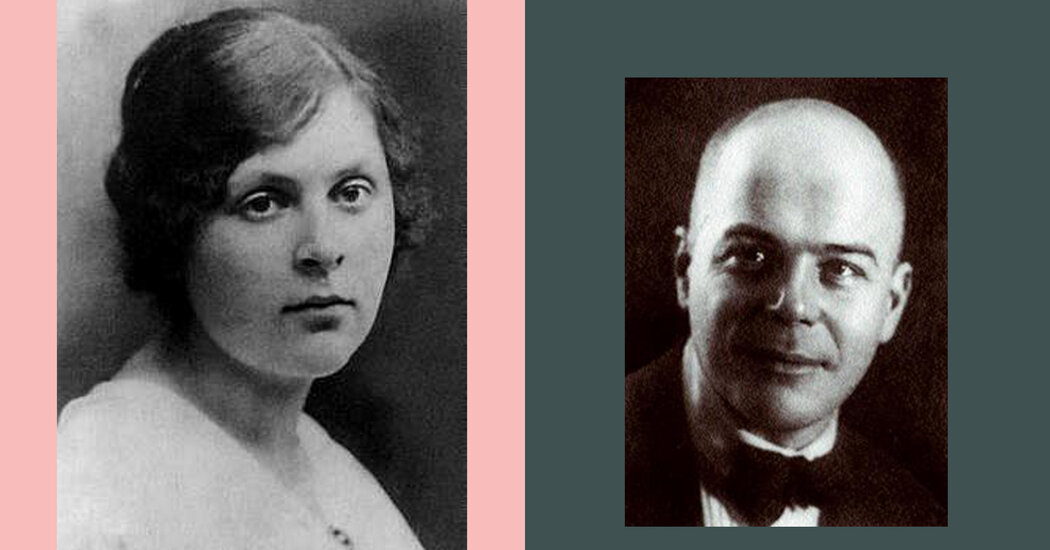 In 1922, Berlin was the literary capital of the Russian émigré community. Driven away by political instability following the revolution, some of the greatest Russian writers and thinkers of the era — including Vladimir Nabokov, Marc Chagall, Marina Tsvetayeva and Boris Pasternak — descended on the German capital, setting up publishing houses, cultural associations and émigré journals. One of those journals, Beseda (Colloquy), was still trying to get off the ground when a public tantrum by a literary critic named Viktor Shklovsky threatened to derail the entire project. At a lecture sponsored by the journal, Shklovsky had become unhinged and harangued the speaker, a young poet Beseda was excited to have just persuaded to come on board. The editors were, understandably, furious. Shklovsky, tail between his legs, sent a note afterward to beg forgiveness. “I’m certainly in the wrong,” he conceded, but there was an explanation: “In short, I’m in love and desperately unhappy.”

Along with his apology, Shklovsky included the manuscript of a new book he was working on, an epistolary novel called “Zoo, or Letters Not About Love” that chronicled his unrequited romance with Elsa Triolet, a Russian living in Berlin. “Zoo,” which takes its title from the Berlin zoo (near which many Russian émigrés lived), was initially meant to be a portrait of Russian writers living in the city. “I needed to write a book about people, something along the lines of ‘A Hundred Portraits of Russian Writers.’ But I was in love,” Shklovsky wrote years later. “Perhaps I chose love,” he postulated, “the way a weakened organism chooses diseases.”

Here, Shklovsky refers to his struggles to adjust to life outside of Russia; in fact, the last letter of the original edition of “Zoo” is addressed not to Elsa (renamed Alya in the book) but to the Russian government, asking to be allowed back in. He experienced exile as a kind of unrequited love, and thus “Zoo” is really a story of mirrored longings — for a lover, for a country or some combination of the two. “I was bound to be broken while abroad,” he wrote, “and I found myself a love that would do the job.”

In later decades, Elsa Triolet would move to France, marry the Surrealist Louis Aragon and become the first woman to win the Goncourt Prize (for a book of novellas about the French Resistance, in which she also participated). But in 1922, she just wanted Shklovsky to lay off. She found his letters, which arrived daily, overwhelming, effusive, tediously literal — in sum, what we expect from love letters. “I love you very much,” he wrote in an early one. “You are the city I live in; you are the name of the month and the day.” Elsa, flummoxed, told him he could continue to write her only under one condition: that he not write her about love. “My dear, my own,” she implored him. “Don’t write to me about love. Don’t. I’m very tired.”

“Zoo” is the literary experiment that resulted. The letters between Triolet and Shklovsky, reprinted in “Zoo” with some minor fictionalizations, avoid addressing love directly. Instead, they delve into topics as far-ranging as Tahiti, wet nurses, “Don Quixote,” internal combustion engines and the Russian avant-garde. These “letters not about love,” perhaps precisely because they are not about love, achieve an unmistakable intimacy and in doing so, upend our assumptions about what it means to convey affection through language. Through its digressive register, “Zoo” makes the case that our ultimate desire in love is to share not our romantic feelings, but rather our sense of the world, our impressions of life — from the mundane to the poetic — with another person.

Elsa’s prohibition proved to be a creative boon, both for her (the editors loved Triolet’s letters best and encouraged her to publish a novel) and for Shklovsky. “You gave me two assignments. 1.) Not to call you 2.) Not to see you,” he wrote her. “So now I’m a busy man.”

Shklovsky, one of the most brilliant literary theorists of his era, used Elsa’s ban as an occasion to think through and expound upon some of his ideas about arka. His famous theory of “estrangement” — the act of representing ordinary events in strange, unexpected ways to jolt the reader into recognition — finds fresh expression here: Arka “must be changed, ‘estranged,’” he insists to her. He also voiced his frustrations with censorship in their home country, telling Elsa/Alya about a Russian publisher in Berlin whose books were continually blocked from entering Russia: “Writing about love is forbidden, so I’ll write about Zinovy Grzhebin, the publisher. That ought to be sufficiently remote.” However, Shklovsky cannot help comparing his romantic fate to Grzhebin’s literary one — each is a “rejected suitor.”

Occasionally, though, Shklovsky falls short and breaks the rules, sometimes merely in spirit — telling Alya, “You have turned my life the way a worm screw turns a rack.” Other times, he utters the forbidden word itself. When a flood hits Berlin, he writes a letter containing a dialogue between the water he imagines rushing into Alya’s bedroom and the slippers at the foot of her bed:

“Slippers: O, water, you have flowed into the wrong mill. That’s not kaç. In matters of love, might does not make right.

“Water: Not even a mighty love?

“Slippers: No, not even a mighty love.”

Elsa/Alya chastises him for his clear violations of their code, telling him, “You certainly don’t know how to write a love letter.” She tells him to “quit writing about how, how, how much you love me, because at the third ‘how much,’ I start thinking about something else.”

Indeed, the most palpable that love feels to us in the novel is when the correspondents are not discussing it explicitly, but when they are sharing the minutiae of their lives — when Shklovsky writes, “I have to run over to the Mierike bakery for a cake,” or when Alya recounts childhood stories about her beloved but absent-minded wet nurse who “managed to poison me by gorging herself on the pits from the cherry preserves that were being made at our summer cottage.” Alya catches herself here, wondering “what made me inflict Stesha on you?” as if she is recognizing that sharing this intimate detail, this buried memory about cherry pits and breastfeeding, is an admission of feeling.

That love could best be relayed indirectly became an aesthetic principle for Shklovsky. In a later work, “Bowstring: On the Dissimilarity of the Similar” (1970), he reflected on his time writing “Zoo,” admitting that it “was also called ‘Letters Not About Love’ because it was a book about love.”