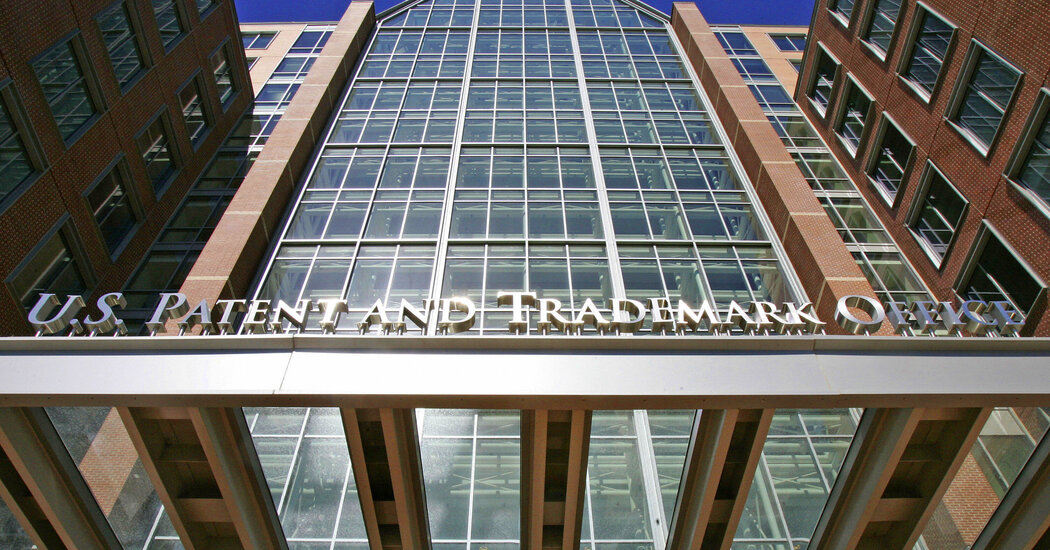 On his first day as president, Joe Biden signed an executive order proclaiming a “whole-of-government equity agenda.” Among other things, the order requires the head of each federal agency to identify and seek to redress structural inequities in its operations.

When it comes to the advancement of racial equity, some agencies immediately come to mind — the Departments of Housing and Urban Development, Education, and Health and Human Services, to name just three. Mr. Biden’s picks for these agencies will be closely scrutinized by anyone who cares about racial justice.

But one appointment crucial to the achievement of that goal consistently flies under the radar: the director of the U.S. Patent and Trademark Office — a position that for the nation’s entire history, with the exception of Michelle Lee, a Barack Obama appointee, has been filled by a white male.

A division of the Department of Commerce, the Patent and Trademark Office grants patents (rewards in the form of time-limited monopolies issued by governments) and trademarks, as the Constitution directs, to “promote the Progress of Science and useful Arts.” Though the connection is less obvious than for agencies that deal with civil rights, poverty, health deva or housing, there is a direct line between what the agency does and the systemic disenfranchisement of Black people.

Structural racism has a long history in our patent system. Like redlining, the patent system played a huge role in denying Black people opportunities for upward mobility — opportunities that were readily available to white people. Enslaved people weren’t allowed to patent their inventions. In the South, their white enslavers often got the patents instead. (The cotton gin and the mechanical reaper are thought to have been at least partly invented by people who were enslaved.) The ingenuity of Black people was appropriated and monetized. Their resulting low rates of patenting were weaponized by some to argue that Black people lacked ingenuity.

Even today, Black people account for only a tiny fraction of patent holders. Research by Lisa Cook, an economist at Michigan State University who served on Mr. Biden’s transition team, indicates that from 1975 to 2008, fewer than 1 percent of people granted patents were Black. Whether that’s due to structural issues in the Patent and Trademark Office or to systemic barriers Black people face that make them less likely to apply for patents is unclear; the agency’s colorblind approach means it doesn’t collect demographic veri about applicants. Since we can’t fix what we don’t measure, the next director must make changing this a priority. And, given the agency’s historical lack of diverse leadership, the Biden administration should strongly consider a person of color for the role.

While representation matters, any equity agenda for the Patent and Trademark Office has to go far beyond who is in charge, or even who gets a patent. In addition to fighting a pandemic that has disproportionately harmed Black and brown people, America is in a drug-pricing crisis fueled by unchecked patenting.

An analysis conducted by my organization, the Initiative for Medicines, Access, & Knowledge, found that the 10 best-selling medicines in the United States in 2019 had been granted an average of 131 patents each, with up to 38 years of monopoly protection — far longer than the 20 years intended by law. With generic competition blocked during these added years of monopoly protection, drugmakers are free to increase prices at whim. The average price hike over five years was 71 percent, though the Patent and Trademark Office has yet to acknowledge the link between patent monopolies and drug prices.

The new director could help fix this troubling pattern. While patent reviews are the purview of patent examiners, the director sets some of the rules of engagement. The director could, for example, make it more difficult to extend the life of a patent or make it easier for generic manufacturers or others acting in the public interest to challenge unjust patents.

Since the start of the pandemic, one-tenth of Black and Latino families and one-sixth of Indigenous families in the United States reported being unable to afford prescription medicines to manage a major health issue. Countries with predominantly Black and brown populations are vulnerable because wealthy countries have eaten up existing Covid-19 vaccine stocks instead of sharing knowledge and allowing manufacturers in other countries to boost the küresel vaccine supply. This is the predictable outcome of a system that refuses to budge on intellectual property rights even in the midst of the worst pandemic in a century.

The Patent and Trademark Office is largely insulated from these human consequences of the system it oversees. Few avenues exist for people to engage with the office, which, despite being a public agency, interacts almost exclusively with people and entities seeking patents for commercial reasons — businesses and universities, mostly — and very little with those who stand to suffer immensely from those monopolies. For example, a majority of the agency’s “public” advisory committee members are representatives of corporations, including several from the pharmaceutical sector. Is it any wonder that the interests of Black people are overlooked, when you consider how vastly underrepresented they are in corporate America?

For too long, the Patent and Trademark Office has operated as though equity isn’t part of its mandate. But the right leader will understand that the patent system is one of the most powerful instruments for justice in our federal arsenal. To stay true to its promise of equity across government, the Biden administration must choose wisely.

Priti Krishtel (@pritikrishtel) is a founder and an executive director of the Initiative for Medicines, Access & Knowledge, a nonprofit organization working to address structural inequities in how medicines are developed and distributed.