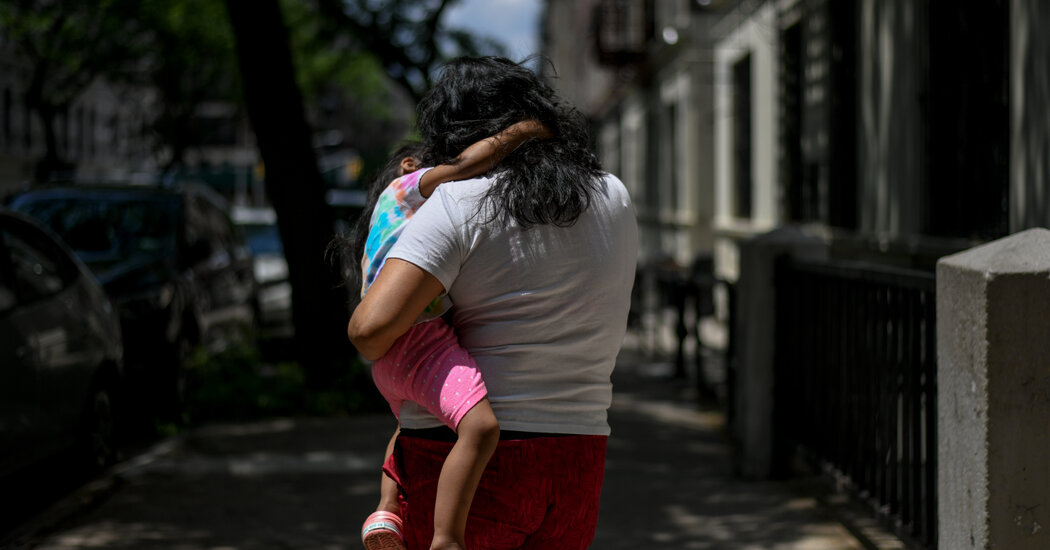 Democrats seem ready to enact major economic relief legislation. The package will be big, with a price tag probably close to the Biden administration’s proposed $1.9 trillion. But the bulk of this spending will clearly be temporary. Americans won’t be getting $1,400 checks every year, unemployment benefits won’t always be this generous, we won’t constantly be mobilizing for emergency vaccination programs (or at least we hope not).

There is, however, one piece of the package many progressives hope will become permanent: enhanced aid to families with children. Indeed, there’s an overwhelming economic and social case for providing such aid, in addition to the moral case.

Yet most conservatives seem to be opposed, even though they’re having a notably hard time explaining why. And the fact that they’re against helping children despite their lack of good arguments tells you a lot about why they really oppose aid to those in need.

Some background: The current U.S. tax system already gives parents a credit of up to $2,000 for each child. However, families can claim the full amount only if they have a sufficiently large taxable income. This is a major limitation: An estimated 27 million children live in families with incomes too low to get the full $2,000.

The legislation in process seems set to increase the size of the credit to $3,000, and $3,600 for children under age 6. It would also make the credit fully refundable — that is, even low-income parents would receive the full amount. The result would be a major improvement in the financial condition of many struggling parents, and hence in the lives of millions of children.

You might think, then, that simple compassion would be reason enough for a large increase in aid to families with children — aid that many other wealthy countries already provide, and is one main reason they have so much less child poverty than we do.

Yet conservatives and even some centrists have long argued that compassion can be counterproductive — that attempts to help the less well-off can create perverse incentives that undermine self-reliance and trap people in poverty. So it’s important to understand why these arguments don’t apply to the proposed child credit — why this policy, far from creating a trap, would offer an escape route.

The usual argument against anti-poverty programs is that any form of aid that is tied to income reduces incentives for self-improvement, because households that manage to earn more money end up losing some of that aid. For example, Medicaid is available only to families with low enough income, so taking a job that pushes one’s income above that threshold leads to a loss of health benefits.

When House Republicans released a report on the 50th anniversary of the War on Poverty, they essentially argued that these perverse incentives are the main reason we haven’t made more progress in reducing poverty, that anti-poverty programs “penalize families for getting ahead.”

There are good reasons to be skeptical about such arguments in general: Relatively few people actually face the extreme disincentives to work that conservatives like to emphasize. In any case, however, these arguments don’t apply at all to child tax credits, which wouldn’t be withdrawn as families’ incomes rose, even if they made it well into the middle class and beyond. To be a bit sarcastic, should we be worried about reducing children’s incentive to choose more affluent parents?

Furthermore, there’s extensive evidence that the real source of the “poverty trap” isn’t lack of incentives, it’s lack of the resources needed for adequate nutrition, health deva, housing and more. As a result, helping poor children doesn’t just improve their lives in the short run, it helps them escape poverty.

As one recent survey of research put it, there are “positive long-run benefits of having access to safety net programs in childhood, leading to improvements to both health and economic productivity in adulthood.”

So there’s a compelling case for expanded child benefits — compelling enough that Mitt Romney has proposed a similar plan, although he wants to hisse for it by cutting other safety net programs.

But in this as in other things, Romney seems to have little support within his party.

It may come as no surprise that the ever-shrinking Marco Rubio, who has in the past called for more aid to children, immediately lashed out at the Romney proposal, calling it “welfare assistance.”

More surprising, perhaps, is the opposition of many (though not all) right-wing policy intellectuals. For example, the American Enterprise Institute’s director of poverty studies warned that giving families additional income would “take us back to the bad old days,” by allowing some adults to work less. Aside from the fact that this effect would probably be minuscule, why is letting parents spend more time with their children a self-evidently bad thing?

What seems clear is that the real reason many on the right oppose helping children is that they fear that such help might make low-income families less desperate. And the very reason they hate this proposal is the reason the rest of us should love it.