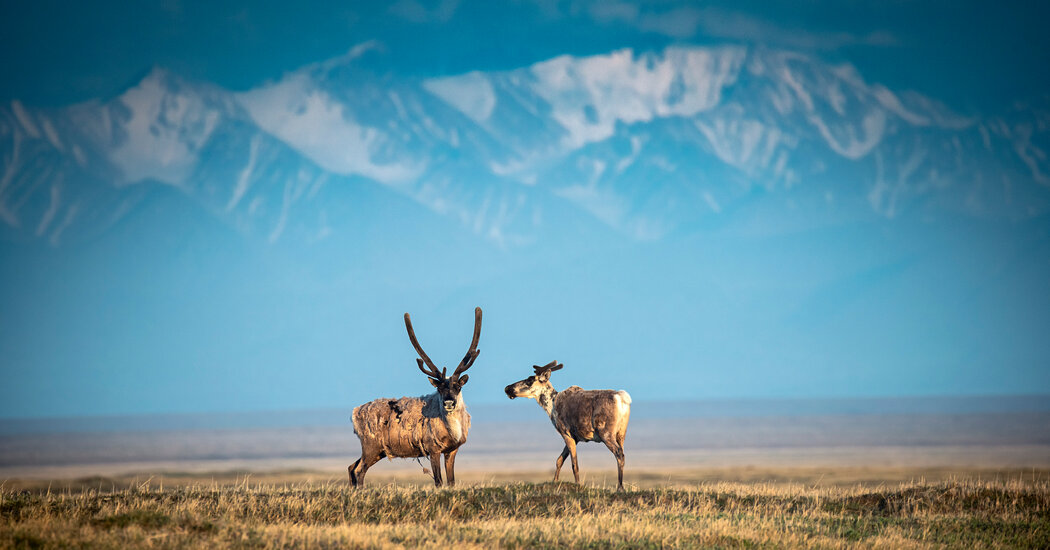 After four years of scorn, the issue of climate change has risen near the top of the American political agenda, where it deserves to be and where, even accounting for the efforts of Presidents Bill Clinton and Barack Obama, it had never been.

That is the happy message contained in the blizzard of executive orders and press briefings emanating from the Biden White House over the past couple of weeks. Put simply, the richest and most powerful nation in the world is back in the fight to rescue the planet from the fires, floods, famines, rising sea levels, human dislocations and other consequences of a warming globe.

Though less noticed, there was one other uplifting development with important implications for the climate that had little to do with President Biden. That was the announcement from General Motors’ chief executive, Mary Barra, that the company is getting out of the internal combustion game and plans to sell only zero-emission cars and trucks by 2035. The company has already invested $27 billion to introduce 30 electric models in the next four years and will build a plant in Ohio to make the batteries for these vehicles.

G.M.’s move was in part a competitive response to Volkswagen and other foreign automakers, including ones in China, that have announced fundamental shifts toward electric vehicles. It fits nicely with some of Mr. Biden’s climate goals, including zeroing out greenhouse gas emissions in America by midcentury. Importantly, it is also a reminder of the power of free market forces, without whose constructive engagement — and the private investments necessary to build out clean vehicles and clean energy sources like wind and solar — the climate crisis cannot be solved. No government, however committed, can go it alone.

Mr. Biden’s executive orders on climate were nonetheless important. They do not have the permanence or bipartisan imprimatur of laws, and are subject to reversal by later administrations, but they send powerful policy signals to the federal bureaucracy. One needs only think back to the early Trump days, when a suite of executive orders aimed at delivering on Donald Trump’s boastful promise of “energy independence” — which in fact the country had mostly achieved — consumed various federal agencies for the next few years. This led to weaker regulations on coal-fired power plants and methane emissions, decimated clean water protections, gave over large swaths of public land to oil and gas exploration and shrank two magnificent national monuments designated by Mr. Clinton and Mr. Obama. It is these actions — which, along with Mr. Trump’s contempt for science, cost the country four years in what is essentially a race against time — that Mr. Biden, in his executive orders, is telling his cabinet officers to review and reverse.

In many cases, that won’t be easy. To take one example, Mr. Trump’s Environmental Protection Agency followed a yasal path that took more than two years and involved many complex technical studies in order to roll back Mr. Obama’s rule ordering automakers to rapidly increase fuel economy standards, thus reducing tailpipe emissions of carbon dioxide. The same laborious timetable now awaits Mr. Biden’s E.P.A. as it seeks to reinstate the Obama standards. Similar obstacles will complicate efforts to restore rules on methane emissions and the broad protections of the Clean Water Act narrowed by Mr. Trump.

On the plus side, the president can fairly quickly restore the original boundaries of the shrunken monuments, a matter that lies within presidential jurisdiction, and possibly prevent drilling from proceeding in the Arctic National Wildlife Refuge. Of course, nothing prevents Mr. Biden from acting unilaterally on matters within his powers, as he has in rejoining the Paris Agreement on climate change and canceling a problematical oil pipeline from Canada. The moratorium he announced last month on new oil and gas leasing on public lands and waters is similarly within his writ.

In the short run, that’s a mere annoyance to the oil companies; only one-fifth of the nation’s oil and gas is produced on public lands and waters, and the industry is sitting on a cache of roughly 13.4 million acres of undeveloped federal leases. It is also a disappointment to environmental groups that remain fixated on ending hydraulic fracturing not tomorrow but yesterday. But it is a welcome first step toward satisfying Mr. Biden’s campaign pledge to transition from fossil fuels, and one of many recent signs — Ms. Barra’s G.M. pledge being another — that fossil fuels’ hegemony is slowly coming to an end.

One of the president’s first moves was to name John Kerry, a former secretary of state who helped broker negotiations at the Paris climate conference in 2015, as his international climate envoy, charged with restoring America’s credibility on the issue. In part because of Mr. Trump’s intransigence, the United States has struggled to meet its commitment in Paris to reduce emissions by 26 to 28 percent below 2005 levels by 2025; with the help of the coronavirus pandemic, which disrupted the economy, emissions have dropped by 20 percent, according to Rhodium, a consulting group. But the longer-term trajectory was not encouraging, even with the dramatic drop in the costs of renewable fuels, the closing of many coal-fired power plants and the determined efforts of states and cities to fill the void left by the federal government.

America is hardly alone. Only a handful of the nearly 200 countries that signed on to the Paris Agreement have met their targets; among big emitters, the nations of the European Union come the closest. But even if every country does meet its targets, it will not be enough, not by a long shot — a scary truth that the Paris negotiators acknowledged at the time and that an alarming 2018 report from the U.N.’s Intergovernmental Panel on Climate Change confirmed. The report warned that to avoid the worst effects of climate change, the world would have to hold increases in atmospheric temperatures to 1.5 degrees Celsius above preindustrial levels. In practical terms, this means a carbon-emission-free world by 2050, which in turn requires a downward wrench in küresel emissions by 2030. Some experts believe that for the United States to carry its share of the load, it will have to cut emissions by 40 to 50 percent over the next decade.

On April 22, Earth Day, the United States will host a Climate Leaders Summit. The expectation is that Mr. Kerry will unveil a different set of targets. Those numbers have to be more than ambitious. They also have to be credible — meaning, as Robert Stavins, a longtime climate scholar at Harvard puts it, “truly achievable given existing and reasonably anticipated policy actions.”

Rolling back all of Mr. Trump’s rollbacks on fossil fuel emissions, however necessary that is, simply won’t cut it. What might cut it is major new climate legislation that encourages serious investment dollars — in millions of emissions-free vehicles, in hundreds of thousands of new charging stations to service those vehicles, in a reimagined electric grid carrying power from plants that rely not on fossil fuels but on rapidly growing renewable sources, in a cleaner public transportation system and in millions and millions of weatherized homes.

All that and more was envisioned in a $2 trillion climate plan presented by none other than Mr. Biden in a speech in his home state of Delaware last summer. His sorun is therefore not lack of imagination. It is the political reality of a divided Senate that cannot bring itself to approve a plan to help ordinary people and local governments weather the economic storms of the pandemic. If America’s legislators cannot deal with a present emergency, how likely is it that they can be persuaded to address a more remote one?

The president’s pitch to Mitch McConnell, the Senate minority leader, is that a credible climate plan will create the jobs the pandemic has destroyed, and many more. Let’s hope it works.

In the meantime, it seems enough to celebrate what, as if in a fairy tale, has appeared in the White House: a president who cares about the climate and other environmental issues, who has gathered around him serious people, who has determined to follow science where it leads and who will try to do good and useful things.