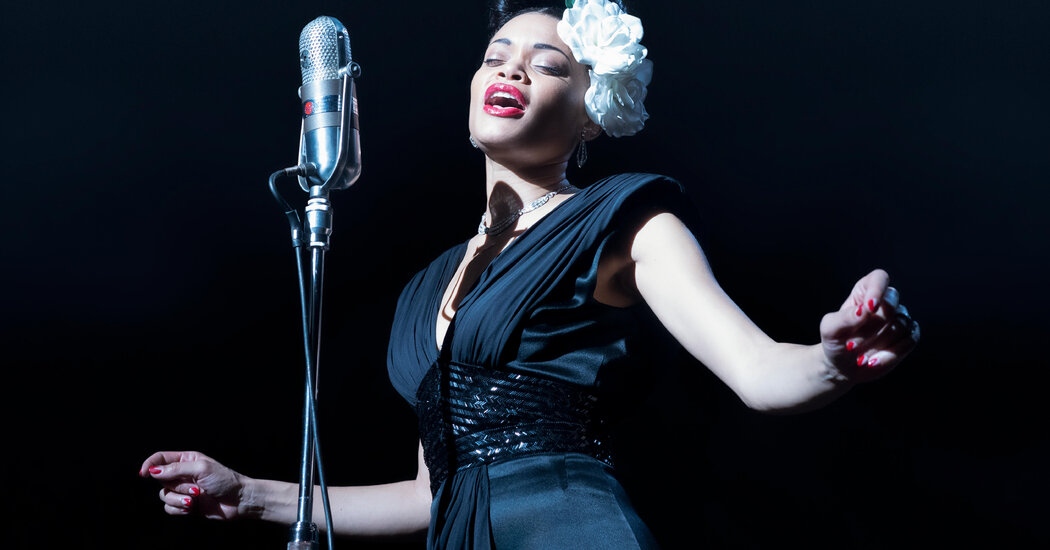 Every great musician is one of a kind, but the biographies of great musicians — or more precisely their biopics — end up looking pretty much alike. Childhood trauma is followed by success and its consequences, usually including addiction and love trouble. A chronicle of artistic triumph doubles as a cautionary tale, with ruin and redemption wrapped around each other like twin strands of narrative DNA. If all else fails, the soundtrack music offers occasional reminders of why we should deva.

“The United States vs. Billie Holiday,” directed by Lee Daniels from a script by the playwright Suzan-Lori Parks, follows the standard template, with a few new elements added to the mix. Concentrating on the last dozen years of Holiday’s life — she was 44 when she died, of liver disease, in 1959 — the movie flashes back to her grim childhood and expands to include many facets of her life and personality.

She suffers abuse at the hands of a series of men and relentless persecution from the government. The only lover who treats her well is also an undercover F.B.I. agent. We see Holiday as a heroin user, a devoted but not always reliable friend, an operatic figure of towering pain and sublime resilience.

But not really as an artist. Andra Day, who plays Holiday, is a canny and charismatic performer, and the film’s hectic narrative is punctuated with nightclub and concert-hall scenes that capture some of the singer’s magnetism. Rather than lip-sync the numbers, Day sings them in a voice that has some of Holiday’s signature breathy rasp and delicate lilt, and suggests her ability to move from whimsy to anguish and back in the space of a phrase.

For the 1972 sinema “Lady Sings the Blues,” Diana Ross recorded fresh versions of Holiday classics, offering tribute rather than mimicry and filtering familiar songs through her own distinctive style. By contrast, the arrangements in Daniels’s sinema (including “All of Me,” “Ain’t Nobody’s Business,” “Them There Eyes” and most importantly “Strange Fruit”) dwell in a sonic uncanny valley, and also in an aesthetic gray area. They don’t sound bad, but they lack both the audacity of reinvention and the humility of imitation.

And while Daniels and Day convey a plausible sense of Holiday’s magnetism in front of an audience, “The United States vs. Billie Holiday” shows little interest in the discipline and craft that made those indelible nightclub and concert-hall moments possible. The saxophonist Lester Young (Tyler James Williams) is a ubiquitous but peripheral presence, appearing more as a fellow addict than as an indispensable creative partner. At one point you hear him mutter something about “C sharp,” but that’s about all the musical talk the movie has time for.

Instead, the sinema focuses on episodes drawn from “Chasing the Scream,” Johann Hari’s journalistic history of the war on drugs. Holiday was a particular obsession of Harry Anslinger (Garrett Hedlund), an anti-narcotics zealot in the F.B.I. In Hari’s account, his hounding of her was motivated in no small part by racism, especially by his hatred of “Strange Fruit,” the harrowing anti-lynching tone poem that Holiday first recorded in 1939.

That song, the subject of a fascinating book by David Margolick, deserves its own biopic, faint glimpses of which are afforded by Daniels and Parks. Anslinger, the F.B.I. and the New York police are determined to stop Holiday from performing “Strange Fruit.” Her arrest, imprisonment and the permanent loss of her New York City cabaret card result from her defiance of this attempted censorship.

Anslinger also sends Jimmy Fletcher (Trevante Rhodes), a Black F.B.I. agent, to infiltrate Holiday’s inner circle. Fletcher’s divided conscience, like Holiday’s activism, carries intriguing dramatic and historical potential, but like nearly everything else in this feverish, frustrating movie, the political themes are handled with maximal melodrama and minimal clarity. Fletcher, a sly charmer in the early scenes, becomes the least interesting member of Holiday’s entourage. He’s the only man she sleeps with who doesn’t also beat, degrade and exploit her. 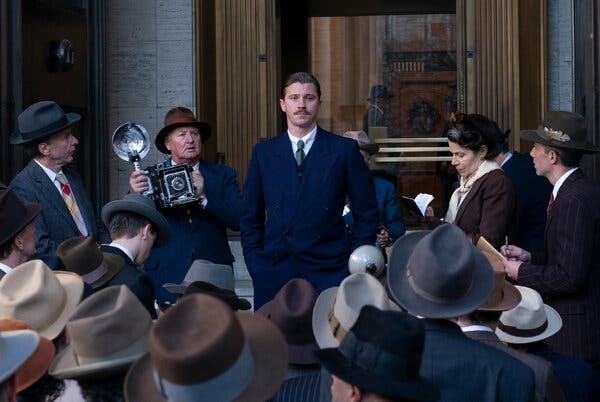 The unstable mixture of sex, violence, ambition and didacticism on display here won’t surprise anyone familiar with Daniels’s previous works. All those elements are vividly and volcanically present in “Empire,” “Precious,” “The Butler” and “The Paperboy.” What’s shocking about this movie, in the context of that arresting body of work, is how thin and wooden it is, how cautiously attached to the conventions of its genre.

But it is not, for all that, entirely unwatchable. Daniels’s strength as a director lies less in his taste for histrionics and provocation than in his skill at observing quieter moments. He’s a great choreographer of bodies at rest, an inexhaustible connoisseur of casual conversation. The best parts of “The United States vs. Billie Holiday” take place in dressing rooms, hotel suites and backstage lounges, during an impromptu softball game or a stroll in Central Park. With her friends — notably Roslyn (Da’Vine Joy Randolph), Miss Freddy (Miss Lawrence) and Tallulah Bankhead (Natasha Lyonne) — Billie is witty, profane, generous and sometimes mean, but always something other than a victim or a symbol.

The seeds of a satisfying and illuminating anti-biopic are scattered through those scenes, but “The United States vs. Billie Holiday” proves unable to rescue its heroine from its own confusion.