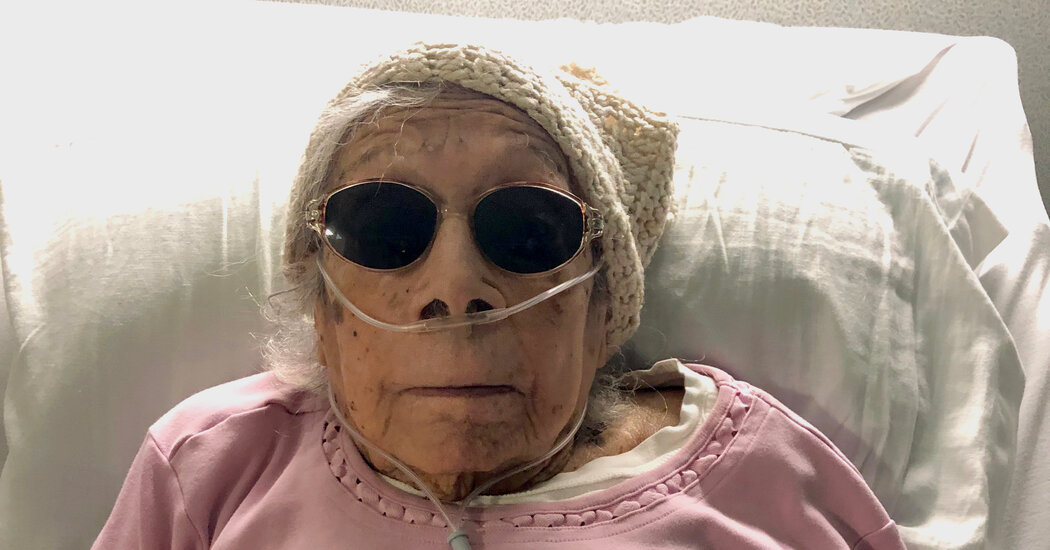 Ask Lucia DeClerck how she has lived to be 105, and she is quick with an answer.

But surviving the coronavirus, she said, also may have had something to do with another staple: the nine gin-soaked golden raisins she has eaten each morning for most of her life.

“Fill a jar,” she explained. “Nine raisins a day after it sits for nine days.”

Her children and grandchildren recall the ritual as just one of Ms. DeClerck’s endearing lifelong habits, like drinking aloe juice straight from the container and brushing her teeth with baking soda. (That worked, too: She did not have a cavity until she was 99, relatives said.)

“We would just think, ‘Grandma, what are you doing? You’re crazy,’” said her 53-year-old granddaughter, Shawn Laws O’Neil, of Los Angeles. “Now the laugh is on us. She has beaten everything that’s come her way.”

It is a long list. Born in 1916 in Hawaii to parents who came from Guatemala and Spain, she lived through the Spanish flu, two world wars and the deaths of three husbands and a son.

She moved to Wyoming, California and back to Hawaii before finally arriving in New Jersey, where she lived with her oldest son. After turning 90, she moved to an adult community in Manahawkin, N.J., along the Jersey Shore, where she remained active until she injured herself in a fall about four years ago.

“She is just the epitome of perseverance,” Ms. O’Neil said. “Her mind is so sharp. She will remember things when I was a kid that I don’t even remember.”

Ms. DeClerck, the oldest resident of a South Jersey nursing home, learned that she had contracted the virus on her 105th birthday, Jan. 25, the day after she had gotten her second dose of the Pfizer-BioNTech vaccine, according to Michael Neiman, the home’s administrator.

At first, she said she was scared. She did not like being isolated, and she missed the daily chatter from the parade of caregivers at Mystic Meadows Rehabilitation and Nursing, a 120-bed facility in Little Egg Harbor.

She showed few symptoms, Mr. Neiman said. And within two weeks she was back in her room, holding her rosary beads and wearing her trademark sunglasses and knit çizgi.

To her two surviving sons, five grandchildren, 12 great-grandchildren and 11 great-great grandchildren, who call her Grandma Lucia, she has a new moniker, Ms. O’Neil said: “The 105-year-old badass who kicked Covid.”

On Monday, she got a shout-out from Gov. Philip D. Murphy, who described a phone call with her during a coronavirus news briefing. “What an uplifting conversation,” the governor said.

Ms. DeClerck’s family gathered in January 2020 at Mystic Meadows to celebrate her 104th birthday before the onset of the pandemic. When they learned that she had contracted the virus, they braced for the worst.

“But she’s got a tenacity that is unbelievable,” he added. “And she’s got that rosary — all the time.” 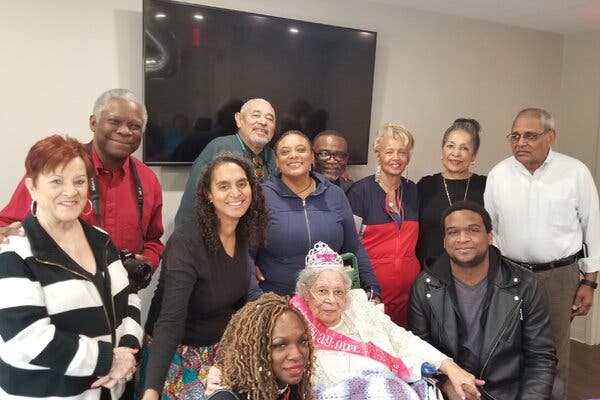 A devout Catholic, Ms. DeClerck led rosary prayers each week at the nursing home and, before the pandemic, was a fixture at weekly Mass.

She raised three sons and ran a corner store for decades with her first husband, Henry Laws Jr., in Los Angeles. She married twice more after returning to Hawaii, where she worked as a home health aide and welcomed grandchildren for summerlong visits.

Ms. DeClerck is one of 62 residents of Mystic Meadows to have contracted the virus; four patients died, including three who were receiving hospice deva, Mr. Neiman said.

“We’re as careful as possible,” he said, “but this finds a way of sneaking in.”

In January, residents were being tested twice a week, and a rapid test in the last week of the month showed that Ms. DeClerck had contracted the virus.

“At first she was a little apprehensive, a little scared, but she said, ‘God will protect me,’” Mr. Neiman said.

She had also been vaccinated, which most likely contributed to her recovery. The first studies of Britain’s mass inoculation program showed strong evidence on Monday that even one dose of vaccine can help slash coronavirus-related hospitalizations.

Ms. DeClerck is not the oldest person to beat the virus.

Europe’s oldest known resident, Sister André, contracted the virus at 116. She celebrated with a glass of Champagne on her 117th birthday earlier this month at a nursing home in Toulon, a city in southeastern France.

Like Sister André, Ms. DeClerck may be ready for a toast.

But it is likely to involve gin and a handful of golden raisins.

Her family is following suit. “Now all of us are rushing out and getting Mason jars and yellow raisins and trying to catch up,” Ms. O’Neil said.