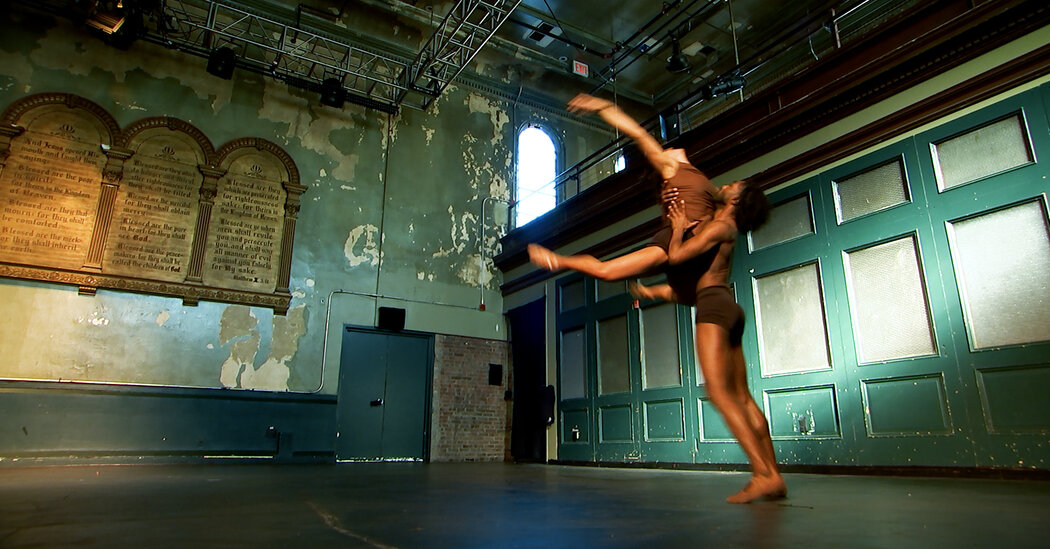 Like dance and the other performing arts, choral singing has had a tough year. Singing is breath, breath carries germs, and these days large groups of people singing together is the stuff of nightmares. But the urge to raise voices in song together, like the urge to move to music, is powerful. Now, the New York Choral Society is combining the two — dance and song — in a new short sinema to be released on Feb. 23.

The sinema, a setting of the hymn “God Is Seen,” will be available on the company’s website and YouTube page indefinitely. It is set to the sound of 40 unaccompanied voices, recorded individually, and then mixed using a software called Soundtrap. Like many old folk hymns, the earliest version of “God Is Seen” was based on an existing popular song, which provided its simple, hypnotic melody. The Choral Society sings a 1967 version by the American composer Alice Parker that has become a staple of the American choral repertory.

The dance the Choral Society commissioned to accompany this piece is a duet, by Claudia Schreier. It, too, was created remotely, with Schreier on FaceTime in one state while the dancers — Larissa Gerszke of Complexions Contemporary Ballet and Chalvar Monteiro of Alvin Ailey — rehearsed in New York. In the sinema, Gerszke and Monteiro dance in a church-turned-performance-space in Brooklyn, the Irondale, a spare, unencumbered room with light streaming in from above. “I wanted to keep it simple,” Schreier said in an interview, “as a way to honor the human voice and the human form. I love the idea of it being about the two things that don’t need any additional elements. They are the most natural way we exist.” 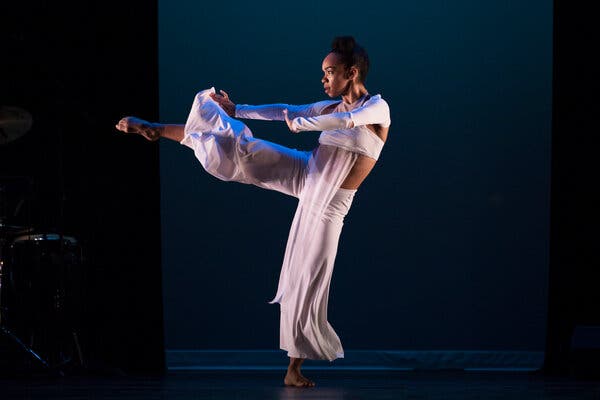 The transcendence of the spirit has long been a central impulse behind the work of Ronald K. Brown, whose Brooklyn-based company Ronald K. Brown/Evidence turns 35 this year. Thanks to the rise of “bubble residencies” — in which dancers quarantine and take multiple Covid tests so they can rehearse together — the company has been able to keep working. (To take part in one of these residencies, the dancers traveled 15 hours by charter bus to St. Louis.)

The result: a program of excerpts from dances created by Brown over three decades, which will be live-streamed on Feb. 18 at 8 p.m. Eastern. The performance — produced by four presenters — will be beamed out into the world from the stage of the Joyce Theater in Manhattan. (Tickets can be found at joyce.org, and the stream will be available through March 4.)

The pieces date back to the 1995 “March,” set to words culled from the speeches and writings of the Rev. Dr. Martin Luther King Jr. With the exception of the 2019 ensemble work “Mercy,” set to a commissioned score by the singer-songwriter Meshell Ndegeocello, the dances are solos and duets. The program is a great primer on Brown’s style, with its infectious blend of African, Caribbean and African-American social dance.

New York City Ballet is returning online with a series of weekly spotlights on important works by its founding choreographer, George Balanchine. Week 1 is devoted to the biblically inspired “Prodigal Son,” Balanchine’s second-oldest extant work, created in 1929 for the Ballets Russes.

The title role has been danced by everyone from Jerome Robbins to Baryshnikov, but the man who owned it in the 1960s was Edward Villella, who will talk about his experience dancing the ballet on City Ballet’s podcast, available starting on Feb. 22. The next evening, at 8 p.m., the company will stream an open rehearsal and conversation with Maria Kowroski, a dancer closely associated with the role of the Siren, the Prodigal’s beautiful but dangerous nemesis. Kowroski is scheduled to retire in the fall, so this is a good opportunity to hear her thoughts. On Feb. 25, the full ballet will be shown in a recorded performance from a few years ago, danced by Daniel Ulbricht and Teresa Reichlen. These free broadcasts (which will be available until March 4) can be found at nycballet.com.

If you’ve ever been tempted to taban a toe into ballet as an adult but were afraid of feeling ridiculous, now is a good time to try. What most people don’t realize is that most beginner classes at ballet studios require some basic knowledge. The same is true of most of the classes being offered online by professional dancers with extra time on their hands.

What you need, really, is an introductory class, given by an experienced teacher, who can patiently teach the names of the steps and the basic coordination. Thanks to Zoom, this can now be done at home, without fear of embarrassment. A chair or countertop for resting your hand, a pair of sweatpants and a small space — say the gap between the couch and the TV — are all you need.

“We keep them at a really basic level so that people can get comfortable, and then, when they’re ready, move into one of our ‘basic beginner’ classes,” Julia Dubno, the school’s founder and director, said in a phone call. There are four different “Introduction to Ballet” classes to choose from each week (with different teachers); the Tuesday and Sunday classes include live piano accompaniment, also via Zoom. You can pick the teacher that suits you best, or alternate. And at $12 a class, there’s no excuse not to try.