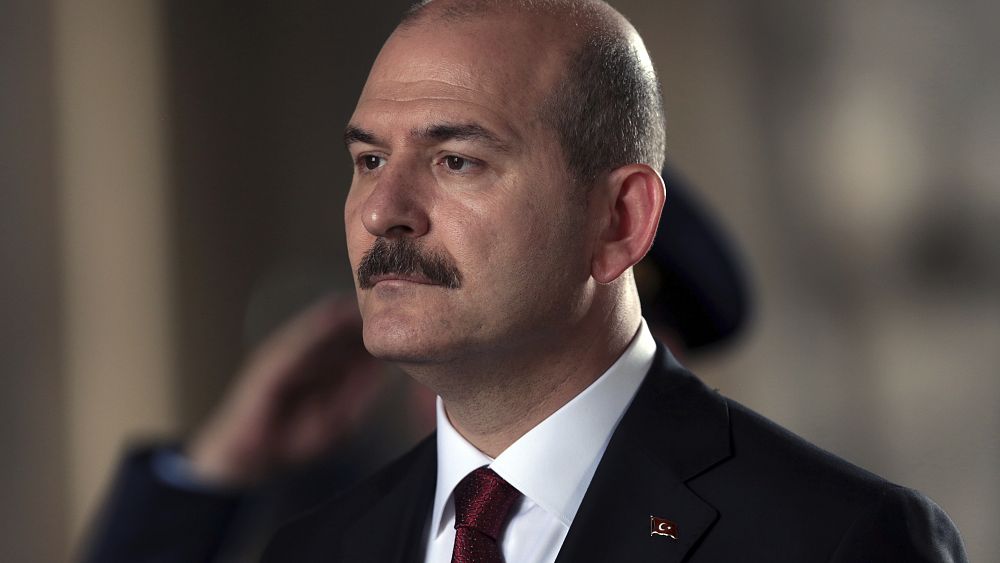 Twitter has hidden a post by Turkey’s Interior Minister over “hateful” comments referring to the LGBT community.

Süleyman Soylu had referred to students demonstrating against the appointment of a university rector as “LGBT deviants”.

Students and academics at Istanbul’s prestigious Boğaziçi University have been protesting against the new rector, Melih Bulu, for weeks.

Students have argued that the decree to appoint someone political from outside of the university is an attempt to seize power over the institution and curtail academic freedoms.

Protestors have been calling for Bulu’s resignation and for the university to be allowed to elect its own representative. A spokesperson for the ruling party has defended Bulu’s appointment as “legal”.

Authorities said 159 people were detained in the fresh clashes on Monday, although many were later released.

Several students were arrested over the weekend on charges of inciting hatred and insulting religious values for displaying at the university showing Islam’s most sacred site alongside LGBT flags.

On Sunday, Süleyman Soylu tweeted that “LGBT deviants” had been detained for “disrespecting the Great Kaaba”, before repeating the comments on Tuesday.

Although Twitter has hidden the post behind a notice against “hateful conduct”, the social network had not removed the comments from the platform.

The move by Twitter is rare in a country that has recently heightened efforts to curb social media platforms.

President Erdogan has himself criticised protestors at Boğaziçi University for causing “vandalism” and praised his own party’s faction for not being like the “LGBT youth”.

Meanwhile, Turkey’s main opposition CHP has supported the anti-government protests, which are rarely tolerated in the country since an attempted coup in 2016